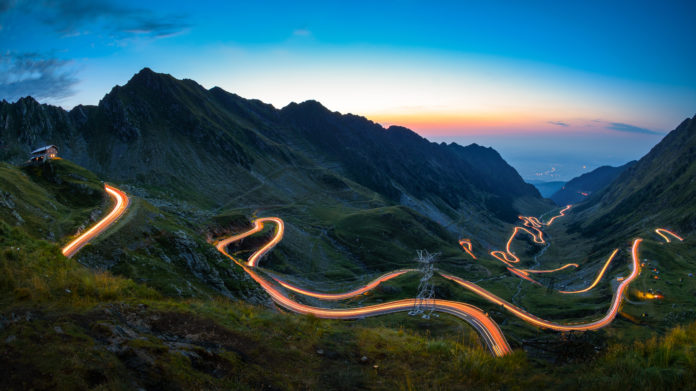 Romania’s economy is on the rise, having registered the largest growth among all 28 European Union member states in GDP per capita in 2017, jumping one position in the bloc’s ranking, from its second-poorest to the third-poorest nation. Romania is now the ninth largest economy in the European Union, and had the region’s second highest GDP growth rate of 7% in 2017. In the midst of this growth, the tech industry is gaining traction, with IT now producing 6% of Romania’s GDP.

After 43 years of communism marked by food shortages and secret police, Romania is building on a strong legacy of expertise in science, technology, engineering and mathematics (STEM) education and telecoms infrastructure, which has actually become a positive leverage point for the young communist-regime-memory-free generation.

Despite a strong STEM background, public education lags behind in terms of meeting market demand for IT engineering, therefore private education initiatives like The Informal School of IT and Academy Plus were launched to meet the growing demand and interest of Romanians towards technology.

“We are going through some amazing times of growth at Informal School of IT, experiencing in a 28% year-on-year growth rate over the last five years. This means that the people of Romania are becoming more interested in technology and starting a career in this direction,” said Razvan Voica, CEO & co-founder of The Informal School of IT.

“The growth of Romania’s tech industry is showing a positive trend as a whole”, added Petru Bogdan Cojocaru, the Romanian Minister for Communications and Information Society at the Dev.Play conference, last month in Bucharest.

Romania is doubling-down on the tech sector, and the numbers are here to prove it

The country’s tech startup ecosystem is accelerating fast, with Romanian tech startups raising €53 million in 2017 – a three-fold increase over 2016. According to Bogdan Florin Ceobanu’s analysis: “In 2017, Romanian startups raised a 3x increase in the first two-quarters of 2017 compared to 2016, from €11 million to €38.4 million”. There are also more and more startups, conferences, meetups, coworking spaces and hubs, accelerators, corporate involvement and investors in the market.

This year at the Central and Eastern Startup Awards, Romania’s Instant Factoring was recognised as the region’s Best Fintech Startup and Alexandru Iliescu, founder of learning language app Mondly, was named Founder of The Year.

More investment initiatives (public and private) are popping-up to support the growth of the ecosystem. Romania’s startup scene started gaining attention after UiPath’s success with several investment rounds, with which it reached unicorn status. UiPath was founded in Bucharest, and builds enterprise robotic process automation (RPA) software for automating business processes. The company raised a $30 million Series A round in 2017, a $153 million Series B round in March 2018, a $225 million Series C round in 2018, and a later extension to the Series C round of $40 million at a valuation of $3 billion. The company grew from just $1 million to over $100 million in revenue in less than 21 months, positioning itself as the fastest growing enterprise software company in history.

Recruitment software automation SmartDreamers raised a round of €1.2 million in October, led by GapMinder Venture Partners, with participation by Catalyst Romania. SmartDreamers is a platform used by over 2,000 companies and 300,000 candidates. Launched on the Romanian market in 2015 and Hungary in 2016, the company has managed to attract first two rounds of investment from business angels and a €700.000 investment from 3TS Capital Partner.

International outsourcing companies, as well as international companies with research and development offices in Romania have long served as a knowledge transfer mechanism from the West to the East, creating the momentum that gave birth to many startup initiatives, which have in turn become successful companies. Such companies “demand” more diverse investment mechanisms.

But while engineers in Romania are not scarce and the ecosystem is growing, what’s lacking are good product, sales and marketing people. Unlike famous tech hubs London’s Silicon Roundabout and Silicon Valley, Romanian startup people for many years were encouraged to stay in-line rather to explore lateral thinking. Mainly due to historical legacy and risk aversion baggage enforced by several decades of communist regime, many agree that this may have eliminated the country’s entrepreneurial spirit, which would naturally empower people to start new business ventures. This is changing.

Balanced growth in all areas of the ecosystem

~ 1000 active startups.  A number on a growth trajectory, directly correlated with the growth of acceleration programs and investment opportunities.

~ 40/year startup conferences. A growing number of events is beneficial for all ecosystem stakeholders. Startup founders, as well as product, sales and marketing people have the opportunity to get feedback for their startups, do customer discovery research, explore new ideas, scout for new bold  ventures to board.

~ 1000/year meetups. The number of meetups and communities is considerable in comparison to  the big events and conferences. Most of them still in the engineering space and too few in other areas like marketing and sales, where such initiatives are much needed for a healthy knowledge transfer on how-to best practices and case study analysis.

Romania is in growth mode, but to grow faster the country needs more investment

There are strong signals that Romania will continue on this positive path of growth and one of the strongest of them all is that more VC companies and investors are looking over the fence. The Romania-based actors in investments are: Gapminder, with €26 million under management; Early Game Ventures, which manages €22 million in funds backed by the European Innovation Fund for acceleration and seed investments; Gecad Ventures, managing €100 million and investing in Series A-B rounds; and Fribourg Digital, which manages €20 million and targets early-stage tech startups investments.

In conclusion, the Romanian tech startup ecosystem will grow and the strongest factor that will influence the speed at which it evolves is an increased number of investments.

By the way: In order to stay up to date regarding startup hubs, tech events and funding opportunities, please make sure to also subscribe to our weekly newsletter.

Share
Facebook
Twitter
WhatsApp
Linkedin
Previous article
Delivery Hero sells its German food delivery operations to Netherlands-based Takeaway.com
Next article
Venture capital: Knowing when – and when not – to seek it out

Stefan Koritar
Stefan Koritar is a Romanian startup enthusiast who loves helping people plan, craft and build new digital products. He has spent the majority of his career in the startup industry, gaining experiences in areas such as product design, UX/UI, community building and business development.
RELATED ARTICLES
Interviews

How to Web Conference 2022: The hot spot for startups & innovation in Eastern Europe this year! (Sponsored)