The Silicon Valley has been at the epicenter of the tech industry for decades. By having an office there, it is said to be more likely that you will raise venture capital, at a better valuation, and that your network, partnerships and contacts will accelerate fast. On top of that, people say there’s a nice community spirit in the Valley that can help to make life a bit easier. Many entrepreneurs from Europe have either moved there from the start or opened an office there. Here are 10 European founders who conquered the US with their startup and succeeded big time:

Daniel Ek, Co-founder Spotify – Daniel Ek is serial entrepreneur and technologist who started his first company at the age of 14. He is currently the CEO of Spotify, the award-winning digital music service that gives on-demand access to over millions of songs. Daniel has been named as the most powerful person in the music industry by magazine Billboard for the way Spotify transformed the way people listen to music and the way artists interact with fans.

Urska Srsen, Co-founder Bellabeat – A sculptor by training, an innovator at heart, Slovenian- native Urska Srsen in 2014 co-founded Bellabeat, a company that produces smart devices and wearables for women, helping them keep take care of their overall health. Two years afterwards Urska was chosen by Forbes as the ambassador of the Technology field for its first European “Top 30 Under 30” list.

Dominik Richter, Co-founder and CEO Hellofresh – Dominik and fellow food enthusiasts cofounded Hellofresh, a Berlin-based startup that wants to get millions of households into the habit of ordering kits for fresh home-cooked meals. As a product of the WHU-Otto Beisheim School of Management and Goldman Sachs, Dominik is responsible for the whole business and strategy of Hellofresh, bringing the company to operation in nine countries across three continents, satisfying 850,000 customers globally.

Daniel Marhely, Co-founder Deezer – The Paris-based music streaming company was founded by Daniel, a young music fan, in his bedroom in 2007. Self-taught and entrepreneur at heart, Daniel was selected by MIT among the 10 French innovators under 35 years of the year. He continued his entrepreneurial career after Deezer and remained an active member of the startup scene.

Riccardo Zacconi, Co-founder and CEO of King – An Italian-born entrepreneur, Riccardo is best known as CEO of King Digital Entertainment, the company which created Candy Crush. With more than 15 years experience in the online and consumer industry, Riccardo has succeeded growing the company into one of the most successful mobile gaming businesses worldwide with over 1,000 employees and 95 million active users per day.

Ilkka Paananen, Co-founder and CEO of Supercell – Video games entrepreneur Ilkka Paananen is one of the people behind the finnish mobile games startup Supercell. He is an early stage investor with Lifeline Ventures and is also an active member of the Helsinki-based startup community where he mentors and coaches other founders. In addition to games and entrepreneurship, Ilkka is a regular visitor to gaming conventions in local pubs and a passionate ice hockey player.

Petar Arvai, Co-founder and CEO of Prezi – Swedish-born Peter Arvai combined his two hobbies storytelling with technology to co-create a more memorable and engaging way for people to share stories. Today their product Prezi supports over 85 million users, who have created over 325 million prezis—and counting. Fluent speaker of japanese, swedish, hungarian, and english and a devoted Bikram Yoga practicant.

Jan Koum, Co-founder and CEO of What’s app – Ukrania-born and California-raised, Jan Koum is the co-founder and CEO of WhatsApp, a mobile messaging application currently used by more than 1 billion people in over 180 countries. He is responsible for setting the overall direction and strategy for WhatsApp. The former Yahoo employee sold the company to Facebook and earned himself a seat on the  Facebook board.

Patrick Collison, Co-founder and CEO of Stripe – Patrick is an Irish serial entrepreneur, who together with his brother cofounded Stripe in 2010 and changed the way the world pays for goods and services.Patrick is no stranger to the startup world having previously co-founded and sold another company, Auctomatic. The MIT drop-out is described as a dedicated problem solver and a passionate reader. 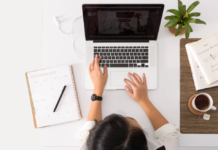 5 of the best online learning platforms to explore during quarantine