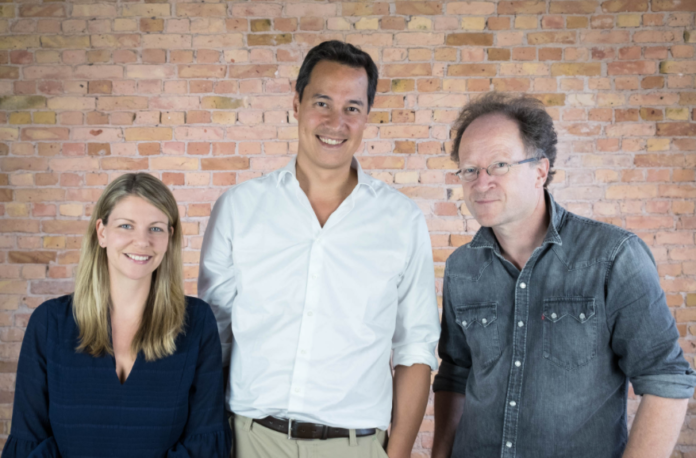 Ada Health, the AI-driven personal health companion and telemedicine app, announced today a €40 million funding round led by Access Industries, Len Blavatnik’s global investment group that invests in highly promising, transformative companies. June Fund, the global technology investor, joined the round, as well as Berlin-based Cumberland VC. The AI entrepreneur behind Amazon Alexa, William Tunstall-Pedoe, also participated in this round, as did existing investors. This constitutes Ada’s first institutional round of investment.

Founded in 2011 and officially launched in late 2016, Ada today is one of the world’s fastest-growing medical apps. The Berlin- and London-based company combines artificial intelligence (AI) with the medical insights of doctors to help people around the world understand and manage their health. Supported by over six years of research and development and a global network of medical experts, Ada’s aim is to radically improve access to healthcare globally and offer new levels of personalized care and treatment.

Ada works much like a good doctor would, asking relevant, personalized questions based on the information provided and suggesting possible causes for symptoms, empowering users to make informed decisions about their health. Since its launch, over 1.5 million people have used Ada to help them assess their health.

Daniel Nathrath, the CEO and co-founder of Ada Health stated: “The future of healthcare lies in a much more patient-centric model where individuals have actionable insights at their fingertips, and doctors and artificial intelligence work together to support patients throughout their healthcare journey. We’ve seen incredible traction since launch, receiving countless messages each day about how we’ve helped someone identify an important health issue and get to the right next step in their care. This is just the beginning, and we’re excited to enable even more people around the world to effectively manage their health.”

The fresh capital will be used to strengthen Ada’s operations, service offering and for further product development. This will include opening a new office in the U.S. and expanding the team of engineers, scientists and medical advisors to support the development of the product, industry partnerships and the expansion of Ada’s telemedicine and next steps care services.

Guillaume d’Hauteville, Vice Chairman of Access Industries, commented: “Ada is one of the most exciting companies we’ve seen cutting across health and artificial intelligence. They’ve developed a unique and highly effective health management solution driven by a team with deep medical and AI expertise and years of technology development. Ada is setting a new standard for health management, and we look forward to partnering with them on this next stage of their journey.”

Increasing life expectancy and chronic disease rates coupled with limited resources put immense pressure on health systems around the world. Ada’s intelligent reasoning system helps to address this problem by making it easier for patients to get relevant and personalized advice, empowering them to make informed decisions, while giving doctors more time to focus on patient care.

Ada’s personal health companion is available globally on iOS and Android, and has ranked as the #1 medical app in over 130 countries. Ada recently launched a German language version, and is planning on expanding to additional languages soon.