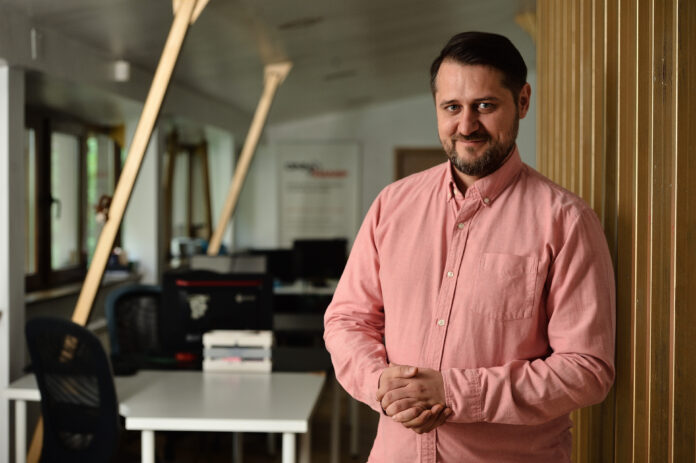 What if creating an app were as easy as planting a tree? Plant An App is a Romania-based low-code startup, a ‘do-it-yourself platform’ for the rapid development and deployment of web applications. The startup facilitates real-time collaboration between startup IT teams and developers, and business users, with the goal to shorten the feedback loop, remove the friction, and dramatically accelerate software delivery.

We caught up with Bogdan Litescu, founder and CEO of Plant An App, for a quick chat. Bogdan shared that Plant An App is a spin-off from a developer tools business that he and his team started in 2009 and which acquired over 4,000 customers. By 2015, the team had become the top vendor in the market. In 2019, they identified low-code as the ideal new market for their technology. What followed was that repackaging their 10-year worth of products into one of the most powerful low-code development platforms. To date, Plant An App has raised over €910K, and is also part of 500 Startups San Francisco.

We chatted with Bogdan about their recent investment via crowdfunding, the Romanian startup scene, his experience at the 500 Startups programme in Silicon Valley, and his predictions for the next digital transformation.

Hello Bogdan, it’s great to have you here with us today. To start off with, could you briefly tell us your personal story?

I’ve been a technology entrepreneur for the past 15 years in the developer tools space. During these times, I lived in Romania, Switzerland, Singapore and the US. But I’ve been doing business all over the world. That gave me a good excuse to travel, meet people and use technology to create impactful stories.

How did you launch Plant an App? Where did the idea come from? What is its mission?

Plant an App was born from the idea that there is a lot of waste in the software development world, with the same code being written repeatedly. Our suggestion is to lower the entry barrier, so anyone in the organisation could build software systems and keep them current.

In fact, we picked the name to reflect the idea that software systems are like plants. They would grow organically and adapt to their environment. The best case is they wither and need to be replaced. Or, worse, they become wild and uncontrolled, causing chaos in the organisation.

Plant An App was launched in 2019. What do you consider your most significant milestones?

One of the major milestones was to have been accepted in the 500 Startups programme in San Francisco. Our objective was to raise our seed round there once the programme ended. However, the world had different plans for us, with the pandemic hitting just before the demo day.

But this unfortunate event soon turned out to be a massive opportunity for Plant an App, as rapid digital transformation soared. Low-code became one of the few reasonable solutions for businesses that quickly moved their operations in the online world. We rode this wave and grew our revenue from $100K to $800K (€83K to €660K) in ARR in the past 12 months.

This resulted in the most recent significant milestone: the successful raising of $1 million (around €825K) through equity crowdfunding campaigns in the US on Republic, and in Romania on SeedBlink.

What makes Plant an App unique? How does it stand out from its competitors?

Plant an App truly shines in two primary use cases – internal tools and customer portals. Retool is one of the new generation low-code platforms that are disrupting the space on the internal tools use case. However, as soon as the internal tool needs to become customer-facing, no new generation low-code can handle it. Having a tool that can handle both of these use cases simultaneously, as Plant an App does, is where we see the world moving.

Plant an App has raised almost €1 million investment through equity crowdfunding platforms. On Seedblink, it was the largest crowdfunding campaign in Romania, fully funded in 3 hours. Tell us more about this campaign. What made it so special? What are some of your learnings from it?

Many startups raise money to invest in getting international. Plant an App has a unique profile, a Romanian-owned US startup that’s already selling more in the US and the rest of the world than it does in Romania. It makes us a very attractive startup not just in Romania but probably in Europe as well.

We also had an equity crowdfunding campaign happening simultaneously in the US, on Republic. co, where we managed to raise significantly less. I think the learning is obvious; it’s better to be a big fish in a small pond, than a small fish in a big pond.

Why is low-code development technology so important, especially in 2021?

I describe low-code as the next big thing since Agile. It allows organisations to deliver software systems and iterate at an unprecedented speed. We’ve heard stories from some of our customers who could deploy new medium complexity systems in 2 days. Teams are moving from having long meetings that produced specifications to using that time to make adjustments to the existing software.

The speed of developing these systems is directly reflected in the organisation’s ability to deliver more value, reduce costs, improve quality, etc. Low-Code can be used strategically to gain a competitive advantage in a market. The benefits of the transition to low-code are amplified by a vast shortage of developers in the world.

Plant An App is a Romanian startup with an internationally-based team. Tell us about this unique situation.

At the first pitch we did in Bucharest in Spring 2019, we met Marvin Liao, at that time a partner at 500 Startups who was scouting the world for promising startups. He immediately understood our proposition and invited us to apply to 500 Startups. I initially refused the opportunity, as I felt there were a few more iterations we had to do before.

Autumn came, and Marvin reached out to me again. I realised that progress has been much slower than I initially thought. My vision did not convince the very few investors from the region that I was talking to. I then decided that we need to change our game. The US has always been the primary market for us. Therefore, it made perfect sense that we’d join one of the top accelerators in Silicon Valley to maximise our chances of success.

How do you find the Romanian startup scene? Does it offer many opportunities for new businesses? How did it support you and Plant An App?

I believe the Romanian startup scene has much potential. However, there are 2 main topics that I think need to be addressed at the fundamental level. One is the fact that Romanian entrepreneurs tend to focus on succeeding in Romania before becoming international. I believe this idea comes from comfort more than it comes from experience. We have very few examples of startups that grew this way. Most of the success stories are startups that designed themselves to be international from day one.

The other is the ability to understand how our cultural traits can be combined with the universal tech startup knowledge to produce something unique to Romania and valuable to the world.

However, I do see a new wave in the startup community. SeedBlink is probably an excellent example. One of the biggest challenges in Romania is that there is very little capital to support all talented entrepreneurs. SeedBlink seems to have understood this very well. We experienced it while raising our seed round. In fact, I believe in SeedBlink so much that I took the opportunity to become one of the investors in their Series A round. I plan to support them with technology and expand rapidly in the region and afterwards to the whole of Europe.

We currently have one release every six weeks. Every new release introduces many new features and enhancements to existing features. One of the most appreciated features right now is using GitHub as a repository for a Plant an App system, where changes are committed automatically.

In the broadest sense, we are working on re-imagining how the software development process looks from the low-code perspective. This means that every aspect, such as versioning, unit testing, pull request reviews, architecture and so on, needs to have an equivalent in the low-code world.

How do you see the future of the low-code development technology market?

By now, it’s become clear that there will not be a few players owning the entire market. Low-code has become an umbrella term for many various things. Gartner predicts that organisations will use at least 4 different platforms, which have different purposes.

However, to be one of those four platforms, specific criteria must be met, such as having a robust development process, playing nice with the many other systems living in the organisation, and being low maintenance.

What do you think will be the next big digital transformation in the next 5 years?

Today, many technologies appear to be independent of each other, such as low-code, RPA, IoT, machine learning, and others. However, it doesn’t take a lot to imagine how these technologies can play together. Therefore, it’s getting more evident that the future of digital transformation is to have systems that leverage several of these technologies to collect data, analyse it, represent it, act on it  – and possibly do it all with minimum human intervention.

Daria Kholod
Daria is an experienced Communications and Marketing Strategist with an affinity for innovation and entrepreneurship. She is an active member of the Dutch innovation ecosystem. Daria writes articles about European innovation, with a specific interest in fundraising, female entrepreneurship and the Netherlands.
RELATED ARTICLES
Funding