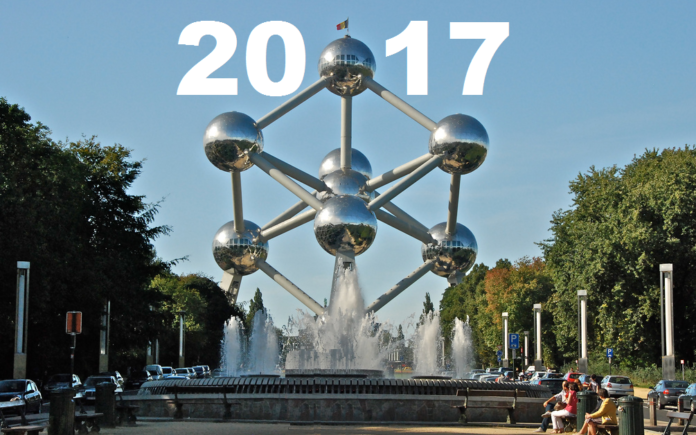 Belgium has so much more to offer than just strong beer, French fries and great comics. The rather small country also plays a quite important role in European politics, with Brussels being kind of the capital of the EU. But most importantly, at least for us, Belgium has a blooming startup scene.

As you might know by now, we started 2017 with some research and the goal to create a list for each EU country which showcases some of the most promising early-stage startups that are worth following this year. After looking at Austria and Italy, we’re now presenting you our selection from Belgium. It’s been hard to narrow this list down, but we’ve decided to introduce you to just 7 promising Belgian startups out of different sectors. All of them entered the market within the last two years and each startup has something special to add to your business life or your personal web experience in 2017. And here is our selection:

Parcify was founded in 2015 to optimize your shopping and shipping experience. The Antwerp-based startup aims to transform the way we ship, deliver and pay for items in our mobile world, by enabling shoppers to get what they want, where they want it and at a time that suits them. Parcify combines a virtual address with mobile deliveries to make sure you’ll never miss your parcel again. After securing angel investments in 2015 and 2016, Parcify successfully closed a Series A funding round in the summer of 2016 (funding amount undisclosed).

Unifly is a software company that creates aviation-related solutions for drones and manned aviation. The Antwerp-based startup was founded in 2015 by a team with in-depth knowledge and expertise in aviation. Unifly was started with the vision that Aviation could be rendered safer by creating a management platform that would enable the safe integration of drones into the manned aviation system. In November of 2016 Unifly secured €5 million in a Series A funding round.

CitizenLab helps smart cities around the world to take better informed decisions. Founded in 2015, the Brussels-based startup continuously and automatically crowdsources, moderates & analyses your citizen’s inputs. The civic engagement software of CitizenLab lets cities tap into the collective intelligence of the citizens and become more responsive to their citizens’ needs. So far, Citizenlab secured about €500K in seed funding.

Chestnote: The Antwerp-based startup Chestnote helps you make messages matter by allowing you to send messages that open only when and where you want them to. Chestnote was created for those who belief that anticipation and participation are key ingredients for capturing your audience’s attention. Try Chestnote and join the slow messaging revolution on iOS and Android. Officially founded in 2015, Chestnote received a seed funding of $650K in December of 2016.

Menu Next Door enables you to order delicious homemade food cooked by your neighbours and to takeaway. Founded in 2015, Menu Next Door aims to become the new and best experience of Take Away. If you want to share your love for cooking with your neighbours, sign up to become a Menu Next Door chef and prepare takeaway menus. A new way to supplement your income. The Brussels-based startup secured $2 million seed financing in May of 2016.

ScriptBook assists film studios and distributors with their greenlighting decisions by providing an algorithmic assessment of a film script’s potential prior to financing, producing a releasing a film. Research shows that about 87% of movie projects actually lose money instead of creating a profit. ScriptBook’s goal is to help profitable films become the rule and no longer the exception. Nadira Azermai first pitched the idea for ScriptBook at our EU-Startups Conference 2014 and almost won the 1st prize. Since then, she really has achieved a lot! Officially founded in 2015, ScriptBook was also able to secure about $1.2 million in seed funding in 2016.