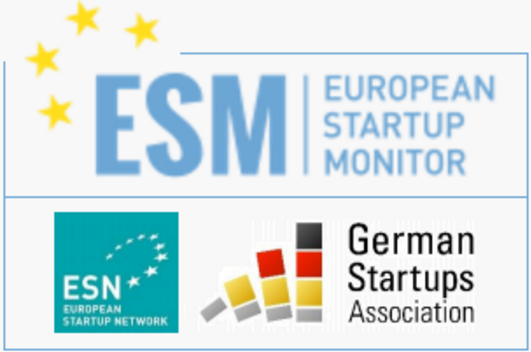 The ESM is a comprehensive study of the European startup ecosystem and aims to ensure transparency while highlighting the growing importance of these young companies for the European economy in robust numbers. The study was jointly promoted by KPMG AG and the Telefónica Germany Holding AG, which operates the Telefónica BASECAMP as a meeting place for startups and venue for debates in Berlin.

Here are some of ESM’s latest findings:

The ESM also shows that there are many international startups which are cooperating with established companies to cope with their challenges.

Florian Nöll, Vice-Chairman of the European Startup Network, stated: “To grow and gain new customers, the European startups are looking for access to foreign markets. However, the internationalisation is hindered by political framework conditions. The founders identified the differences in legislation and regulation between the countries as the biggest hurdle to internationalise. Here, the European Union is called to execute and should create uniform framework conditions as soon as possible. We urgently need both a single European Capital Market and the Digital Union.”

Prof. Dr. Tobias Kollmann, Scientific Director of the ESM, e-business and entrepreneurship Professor at the University of Duisburg-Essen, added: “Startups find collaborations with established companies and other startups to attract the market together for marketing and sales. After all, 73.7% of the startups work together with large companies in medium-sized businesses and industries. These companies provide access to real markets with a large clientele. The cooperation between young companies could also be a source for an operational European startup Alliance, in which the international online markets can be conquered together more rapidly.”

Download our report “The 30 best Startup Events in Europe” + Stay up to date with the EU-Startups Newsletter!

IT and telecoms workers in the UK are experiencing heightened levels of anxiety, indecision, due to Brexit uncertainty