Start-ups are springing up everywhere at an increasing rate, so it’s been hard to narrow this list down to 5. However I’ve decided to just go with 5 Spanish start-ups you’ve probably not yet heard of, in different sectors. Some of them are already big, a couple of them have barely got out of the blocks. But they all offer something special to add to the web experience in 2012.

1) Youzee: This start-up is now in Beta but is a good prospect, especially as Netflix has delayed its entry into Spain and other countries. Youzee is an online video store which has already started its Beta service (with access currently through invitation) and plans to become fully operational in the first quarter of 2012. It will offer film and tv series on-line, and has already got deals from major studios like Disney, Sony and Fox, and TV channels like BBC, RTVE or TV3. Additionally, the new government in Spain has signalled it will continue to crack down on illegal downloads, a move that can only help legitimate video providers like Youzee.

2) Zyncro is a corporate social network that provides Saas tools for professional collaboration. Or, as they put it on their home webpage, they offer “Internal communication, file management, customer and supplier extranet, all in a single platform”. It’s had a very successful year in 2011, featuring in such publications as Wired and the Bully awards, and Zyncro have kindly listed some of their achievements in that year in a blog entry. They are continuing their world expansion (in 2011 they expanded into Japan, France and Mexico), and look like continuing as a successful Spanish business start-up in the Saas sector.

3) Minube.com This is a Spanish social travel network that has grown rapidly over the last 3 years, and is the Spanish competitor to TripAdvisor. It’s not just big in Spain (where it gets over 1 million visits monthly) but has a world-wide presence, having launched in places like China, Germany, Japan and Italy. But the reason I’m tipping Minube for 2012, is that it’s just branched into building apps for smart-phones, and has already recently won an award from Apple as best travel app for the Iphone. So for those reasons, Minube goes on the list – they’ve done very well in 2011, but I expect them to do even better in 2012.

4) SocialBro This is a management applications platform for Twitter that has been getting rave reviews on sites such as Killerstartsups and TheNextWeb; indeed it was even featured here on EU-startups last month. This product is going to be huge in 2012 – download it now (for free) and see for yourself why!

5) Tixalia. This venture, recently launched in Spanish, offers tickets to park or enclosure venues that don’t require a “seat”. It offers a quick and easy way to buy tickets, whether for the local theme park, zoo or even ski pass. There is no registration required on the site in order to buy tickets, and you’re able to exchange tickets if unable to attend on the day you specified. Given the number of theme parks, nature parks etc in Spain they already have a good target audience, but it doesn’t stop there. César Fernández from Tixalia told me the company has plans to enable the website in English and French in 2012; also that they expect big growth to come, with France and Great Britain being key targets for 2012-3. When I asked whether the company has plans to increase their workforce he stated “Yes, the expansion plans we have for Tixalia indicate we will need to double our work team.” César believes there are plenty of opportunities ahead, and that we just need the will and the skills to take advantage of those opportunities.

Did I say just 5 start-ups? Ok, well here is a free bonus – Mobbitat – that has in my view big possibilities. They’re in mobile apps and have produced a web app BEMobitat that will allow hotel owners to create good looking Mobile web sites – free, quick and easy. To me it sounds like a certain winner in 2012, and I’m sure more will follow from Mobbitat. 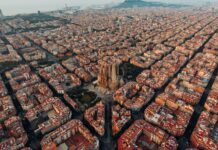 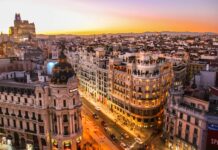