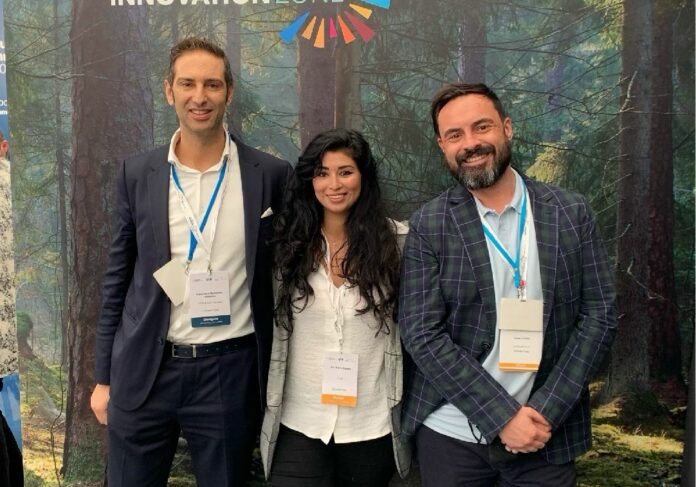 ClimateTrade, a pioneering blockchain-enabled climate marketplace has just raised €7 million and is now looking to raise another €13 million in a US-focused round.

Founded in 2017, ClimateTrade is a Valencian marketplace aimed at helping companies achieve their decarbonization goals by financing certified carbon offsetting and climate-regenerative projects around the world.

Through the marketplace, companies can choose where to invest environmental capital – choosing the projects that are most interesting to each individual company. Examples of projects include installing wind power farms, hydroelectric power plants and so on.

The climate tech startup already has many prestigious Spanish names as clients, including Cabify, Banco Santander, Telefónica and Correos. As part of the mission to lead global change, the company recently launched an API and Widget to allow companies to offer carbon-neutral products and services to their customers.

Climate change has never been more of a pressing threat than it is now. Rising sea levels are an all-too-real threat to some of the world’s largest coastal cities (including Ho Chi Minh City and Bangkok). The use of blockchain technology to support climate tech solutions is a big growth area in the race to come up with new innovations to protect our planet and people.

This new capital will help to grow the startup’s activities in Europe, Asia and the US with new offices in four countries, to expand its technological product offering and to hire new talent. The second phase of this Series A, expected to raise €13 million, will be closed in the US upon ClimateTrade’s reincorporation later this year, and has received interest from several global investors. ClimateTrade US will be headquartered in Miami, a strategic choice given the city’s interest in combating the climate crisis, and its emergence as a global hub for the decentralized economy.