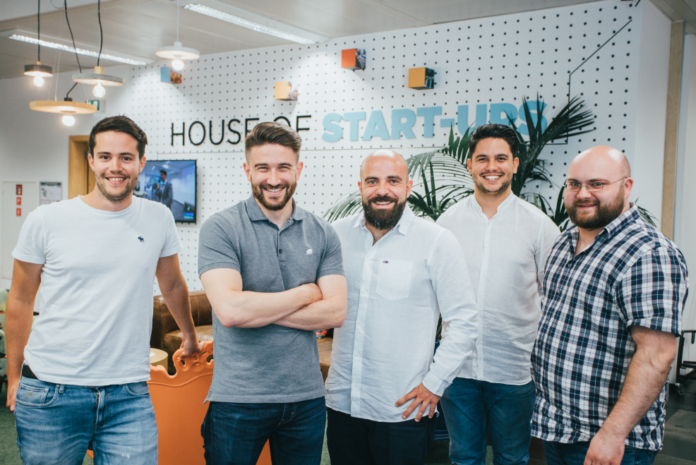 After its rapid expansion from Luxembourg into Belgium and Switzerland, Salonkee just closed a €6.2 million Series A funding round led by Fortino Capital and Newion, to further accelerate its European expansion. Expon Capital, which also invested in Salonkee’s seed round, has also significantly invested in this Series A round.

Founded in 2016, Salonkee brings the simplicity and joy of online beauty-appointment bookings to the tip of your fingers. Salonkee gives you the ability to search for the service or salon of your choice and easily book it 24/7.

After its initial traction and success in Luxembourg, Salonkee entered Belgium and quickly outgrew its local competitors. In less than two years after its entry, Salonkee become Belgium’s leading online booking platform for hairdresser-, beauty- and wellness appointments. Today, no matter where you are located in Belgium, the closest salon on Salonkee will be no more than 15 minutes away. In most cases, the next salon is even less than 5 minutes away, confirms Tom Michels, Co-Founder and CEO of Salonkee.

In total, there are more than 800.000 salons across Europe and the majority of them are still working on pen and paper or with outdated software solutions.

“Our goal is to lead the transition away from those outdated solutions towards market specific, easy to use, all-in-one salon management solutions and empower salon owners all across Europe to better manage and grow their businesses.” says Tom Michels.

Since its launch in 2017, Salonkee has managed more than 5 million appointments across over 1200 salons. Over the next 2 years, the ambition is to grow to over 10.000 partner salons all across Europe.

Salonkee’s ambitions are as international as the composition of its new investors joining the company, which are Fortino Capital from Belgium, Newion from the Netherlands, Verve from Switzerland and some experienced business angels from Germany, making it one of Luxembourg’s most internationally funded startups to date.

“Salonkee addresses the underpenetrated market of beauty salons in continental Europe. In the salon sector, digitalization is only getting started, compared to other sectors like hotels and the medical space where digitalization has already been ongoing for quite some time. We are confident that the timing is right for Salonkee to digitalize salons with its end-to-end value proposition. Together with the management team we look forward to make this growth journey happen.” says Filip Van Innis, Investment Director at Fortino Capital.

To achieve its ambitious goals, Salonkee is strongly growing it’s team from 25 to over 100 employees across all departments and looking for talented, like-minded and ambitious people to join its mission.