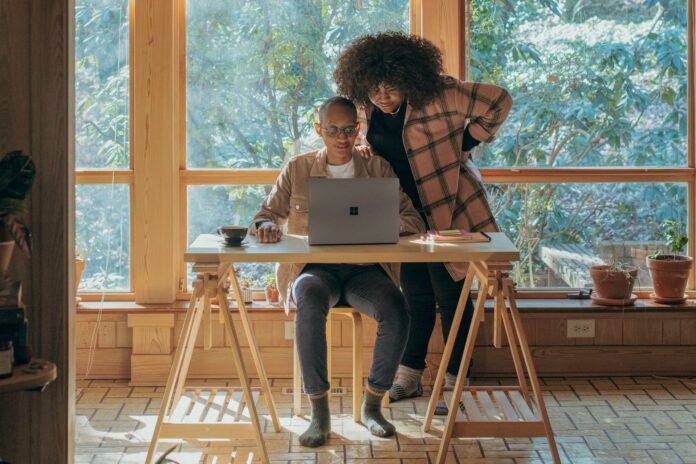 Whether you’re a professional creative, or just like to explore your creative side from time to time, you may be interested to know that creativity plays a key role in any vibrant economy.

In fact in 2019, CCI’s (Creative and Cultural Industries) accounted for 4.4% of the EU’s GDP. That may seem like a relatively small number but to put it in perspective, that’s 12 million full-time jobs and €509 billion in value added to GDP.

Of course, over a year later and it’s hard to ignore the devastating effect the COVID-19 pandemic has had on CCI’s. In Europe alone the cultural and creative economy lost approximately 31% of its revenue and total turnover of CCIs in the EU slumped to €444 billion in 2020.

Despite this, the future of CCI’s is not without hope. As well as understanding the power cultural and creativity has to bring us together during harder times, CCI’s also have the potential to play a huge part in the revival of European economy post COVID-19. And, it goes without saying that startups, with their ability to innovate and drive change, will take a central role in this.

Ready to see the startups driving creativity in the European ecosystem? Here’s our top 10 startups every creative should get to know in 2021.

StoryChief – Belgian startup StoryChief (founded in 2016) is an innovative content production and distribution tool for marketers, publishers and bloggers. Having raised €1.1 million to support content editors and marketers in 2020, the tool allows the publication of articles to different channels such as personal websites, mobile pages, email and social media from a single platform. As well as this, it also allows marketers to measure ROI from the content they produce in the same place.

Aive – Welcome to the future of video, AI and creativity. Based in France, startup Aive is a technology for brands and companies to automate video post-production and distribution at scale and is powered by a creative artificial intelligence. Founded by serial entrepreneurs Oliver Reynaud and Rudy Lellouche, in 2019, the startup raised an impressive €2.5 million to develop the technology behind their innovative video product.

The Dots – The Dots (founded in 2014) is marketed as “The professional network for people who don’t wear suits to work” and connects employees and businesses via creative projects rather than by CV. Recognising the rise of a new, more disruptive way of working the Dots community is built around the needs of creatives, freelancers, and entrepreneurs. If you’re looking for the creative-friendly version of LinkedIn you never knew existed, it’s definitely a platform worth exploring.

NEXD – Striving to improve the ad experience for both the audience and creators, Nexd is an advertising technology company with creativity at its core. The startup is big on innovation and, having developed a unique way to improve how people engage with brands online, it’s the first company to use gaming technology to create engaging ad experiences. Founded in 2015 with its HQ in Estonia, Nexd is now operating in 20+ markets on five continents. To continue its global expansion, in 2019, the startup closed a venture round backed by leading Venture Capitalists including 3TS Capital Partners.

PlayPlay – Startup PlayPlay (founded in 2017) markets itself as the simplest video editor out there. Their highly customizable video editing software makes sure that users’ videos are always unique and on brand. The startup also targets the B2B market, having worked with over 500 enterprises all looking for a consistent and simple way to take their video creation to the next level. And, after raising €10 million in funding last year, it seems that this Paris-based startup could be on track for some significant growth.

Gravity Sketch– Founded in 2014, London-based Gravity Sketch is looking to change the way physical products are designed, developed and brought to market. It does this through a 3D creation and collaboration design software which includes a virtual reality component. Last year, the startup scored €3.1 million in seed funding and the product itself remains in high demand. As CEO and Founder Oluwaseyi Sosanya says, “Collaboration is increasingly important as time frames are shortened and consumers request products sooner, with more features, and produced more sustainably.”

MWM – French startup MWM is in store for some significant growth after nabbing €50 million in funding last year. As a global leader in the creative apps market, the startup has registered more than 400 million app downloads over the years and is home to over 30 apps covering the main creativity segments such as music, drawing, photo and video. Founded in 2012, the company now has over 115 employees and has also boasts a series of music related hardware products.

Creative Fabrica – Looking to change the way people consume digital assets for the better, Dutch startup Creative Fabrica was founded in 2016. A fast growing startup, soon to be scale up, this social marketplace for crafters has well over 1 million users and in December alone achieved sales from 175 countries. Recently, the company raised €5.7 million Series A funding to offer more resources to its creative community, grow the team and expand the company’s global footprint.

Wishu – UK-based Wishu is a new kind of creative marketplace. It helps creative agencies and creative companies to discover, hire, and manage the very best of the UK’s creative freelancers, through a user-friendly platform. Founded in 2019, the startup launched with a total of €400K under its belt. It was co-founded by three young entrepreneurs – Lavena Xu, James Johnson, and Hubert Trinkunas and also attracted Daniel Evans, formerly Head of Product at fashion social marketplace Depop.

Cutnut – Founded in 2015, German startup Cutnut is a content creation tool for story production and distribution. Fitting with the massive trend of video stories which is fast growing across platforms such as Instagram, Facebook and now even Linked In and Youtube, the Cutnut software enables companies to easily create dynamic stories that can be directly shared to the open web as well as social media channels. In 2018, the startup raised €115K to support in the development of their video editing software.

Phoebe Smith
Phoebe Smith is passionate about impact and innovation-based startups looking to empower people and solve real problems. Also a content and story-telling fanatic, she’s currently Digital Content Lead at startup Bridge for Billions, having made her way over to Madrid, Spain, from the UK.
RELATED ARTICLES
Funding