Recently the European Central Bank announced the possibility of launching a digital euro. The news comes hot on the heels of China’s announcement of a digital yuan, which is already being rolled out via a trial in the city of Shenzhen with 50,000 residents taking part, parallel to Facebook’s grand plans for its own digital currency ‘Libra’, which it says would be released to its around 3 billion users.

What’s all the fuss about?

The digital yuan is issued and managed by the central bank, so technically it can’t really be classed as a cryptocurrency – it’s rather a digital version of China’s physical currency. This means that it’s of a centralised nature, which is ringing alarm bells around citizen privacy. Would a digital euro follow suit, or be decentralised? On the other side of the debate, benefits to a digital euro could include Europe keeping up with global competition, faster and easier small transactions for citizens, and a cashless society.

While it seems that the decision to launch a digital euro won’t happen until mid 2021, it’s worth weighing up what challenges and opportunities a digital euro could mean for founders. Read on for some first thoughts on the topic, supported by the opinions of some of Europe’s leading crypto startups.

It’s no coincidence that the European Central Bank announced its potential plans for a digital euro now, right after China began its trails. While there is still a long way to go before such a currency is underway, it shows a distinct intention by the EU to not get left behind.

“As the world moves more in a digital direction, it isn’t a far leap to think about the possibility of a digital euro”, said Eric Demuth, CEO and co-founder of BitPanda, a fast-growing startup aiming to make buying bitcoin and other cryptocurrencies as easy and secure as possible. “Europe has to keep up with a competitive tech market; we already see this with digital banks and projects like Libra or the digital yuan.”

Ah yes, Facebook’s Libra. This digital currency could be made available to its almost 3 billion users, completely eclipsing the number of European citizens at 446 million. This alone has put European policy makers in a spin, already voicing their concerns on how the Libra could undermine the euro, and how using a privatised currency could put citizen’s finances and data at risk.

This brings us on to privacy concerns. Zoe Adamovicz, CEO and co-founder at Neufund, has her hesitations over whether a digital euro would follow the centralised path of the digital yuan, and be under the control of one body: “The question is, how is it going to be implemented? Is it going to be a real decentralised system or a centralised one? If digital euro takes the second path, there will be no chance to protect privacy, and we should not accept that”.

Ironically, Fabio Panetta, Member of the Executive Board of the ECB, stated the exact opposite in her statement at the European Parliament on 12 October, highlighting that “a digital euro would increase privacy in digital payments thanks to the involvement of the central bank, which – unlike private suppliers of payment services – has no commercial interests related to consumer data”. It seems that a digital euro would indeed be managed by the ECB, which could make the digital euro the first to be backed not just by one government, but a supranational union.

In 2016, the European Central Bank found that cash was the dominant payment instrument, with 79% of all transactions carried out using cash, totalling more than half of the total value of all payments. But with cash payments not favoured, or even permitted, across many regions in Europe due to the COVID-19 pandemic, digital payments by card, mobile, or wearables like smart watches, are on the rise.

“What we are witnessing is a fundamental shift, which gets even more relevant now with COVID-19 where the use of physical cash is less and less appealing”, said Bitpanda’s CEO Eric Demuth. “It is inevitable that a step like the digital euro would lead to an entirely cashless system. The path to accelerate this change would be the implementation of a stable, digital European currency.”

Cryptocurrencies like Bitcoin are still a mystery for a large part of the European population. However, unlike crypto, a digital euro could not be such a jump for users. With the weight of the European Union, and member states, behind it, and a name that represents a variation of the euro, it may be more likely that wider populations would get involved. While B2B founders may already offer payment options in cryptocurrencies, this could represent a shift for the B2C startups. As more companies offer a digital euro payment option, this could long-term increase wider trust from the general public in cryptocurrencies like Bitcoin, as users become more familiar with the workings and terminology.

Dr. Yassin Hankir, CEO of Advanced Bitcoin Technologies AG, highlights that a move like this could mean trouble for banks all over Europe, or at least, force a rapid process of evolution on their side and in fintech in general: “Digital, programmable currencies based on Distributed Ledger Technology (DLT) enable faster, cheaper, and more secure transactions than cash ever. Thus, they offer significant potential for disruption in the financial industry at the very expense of banks – provided that issuers progressively exploit the huge degrees of freedom in their design choices.”

Ironically, this could mean that many challenger banks, such as N26 and Monzo to name just a few, who represent some of Europe’s fastest growing fintech startups and scaleups, could also now be challenged into a period of fast adaptation. This could spur on a new, further digitalisated fintech era, giving the stage to European startups and scaleups to launch innovative business models, products and services.

Even though a digital euro could be welcomed, “the ECB’s current design considerations fall short in many dimensions”, says Dr. Yassin Hankir, CEO of Advanced Bitcoin Technologies AG. As the European Central Bank completes consultations with various stakeholders, and establishes a ‘legal tender status’, there may be many questions, or even failings, brought to light around topics like privacy and security. However, as the process develops, this could offer a window of opportunity for European startups to innovate across the gaps and create a new era of fintech evolution. We look forward to seeing how it develops, and how European startups rise to the challenge.

“One of the main challenges still facing cryptocurrency is its adoption”: Interview... 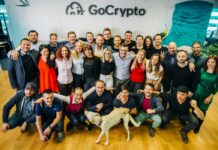 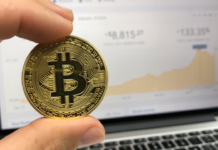 Boom, bust and beyond: What does the future hold for Cryptocurrencies? 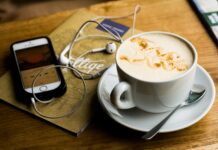 10 most popular interviews of 2020 on EU-Startups