London-based Curio raises €7.6 million to expand its curated audio platform further across the UK, US, India, Australia, and South Africa 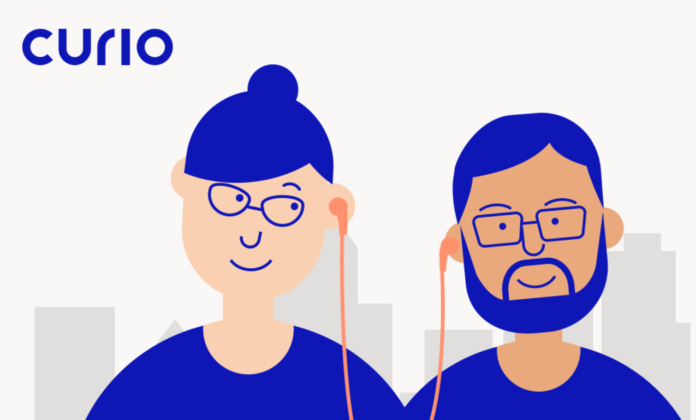 Curio, the premium audio platform with a curated library of expert journalism, has closed a approx. €7.6 million Series A round led by Earlybird. Draper Esprit, Cherry Ventures, and Horizons Ventures also took part in the investment. Before the Series A, Curio raised around €1.6 million, led by Cherry Ventures, with the participation of 500 Startups and private angel investors, bringing the total amount raised approx. €9.2 million to date.

Curio (founded in 2016) plans to use the investment to strengthen its position in the US and UK markets, while expanding to other anglophone parts of the world including India, Australia, and South Africa. Co-produced series and guest curation are also in the pipeline, alongside AI-led personalisation and commissioning based on over 2 million monthly data points.

The subscription app is entirely ad-free and updated daily with the most outstanding stories from over 50 leading publications, including The Wall Street Journal, The Washington Post, The Economist, and Financial Times, as well as specialised content from WIRED, MIT Technology Review, Foreign Policy and Aeon.

Govind Balakrishnan, an ex-BBC strategist, and Srikant Chakravarti, a former solicitor, founded Curio in London in 2016. Last year its users played over 18 million minutes of audio on the app; Apple featured it on its Keynote launch event, and Curio was named the App of the Year by Google. In 2020, Curio has already been featured over 220 times on the App Store worldwide.

“We want to help everyone become wiser, empathetic, and fulfilled. I believe learning about ideas and insights shaping our future, and stories that move us can do exactly that,” said Govind Balakrishnan, Curio co-founder and CEO. “I’d never have imagined when growing up in India and listening to the BBC on shortwave radio, that I’d one day work there, let alone found a startup that is building the future of screenless media and empowering publishers in the process.”

Focusing on audio rather than screen time, Curio provides an opportunity for people to learn in real-time from current world events through trusted, high-quality stories from top-tier and specialist publications. Curated to provide insights and coverage on essential topics that impact our present and the future, Curio gives voice to the top analysts and thinkers of our time.

“Audio offers us a unique way of engaging deeply with quality content. And on Curio, that quality consists of the best journalism and expert stories – including opinions, analyses, investigations – designed to help us all learn from the real world,” said Srikant Chakravarti, Curio co-founder and COO. “We have also developed a mix of curation and machine learning personalisation. With this combination, we believe that Curio can revolutionise how we all consume media and relate to it.”

Fabian Heilemann, partner at Earlybird, will be joining Curio’s board. “Over the last five years, a boom of new technology brought exponential growth to the audio industry, impacting how media is consumed and produced. We, at Earlybird, share Curio’s vision of disrupting modern journalism through curated audio formats, and I am very excited to join the board. Being an early investor in the crowd-publishing platform Inkitt and a former consumer-tech entrepreneur myself, I am proud to support the exceptional team at Curio in scaling internationally”, said Fabian.

Charlotte Tucker
Charlotte is the previous Editor at EU-Startups.com. She spends her time scouting the next big story, managing our contributor team, and getting excited about social impact ventures. She has previously worked as a Communications Consultant for number of European Commission funded startup projects.
RELATED ARTICLES
Belarus-Startups