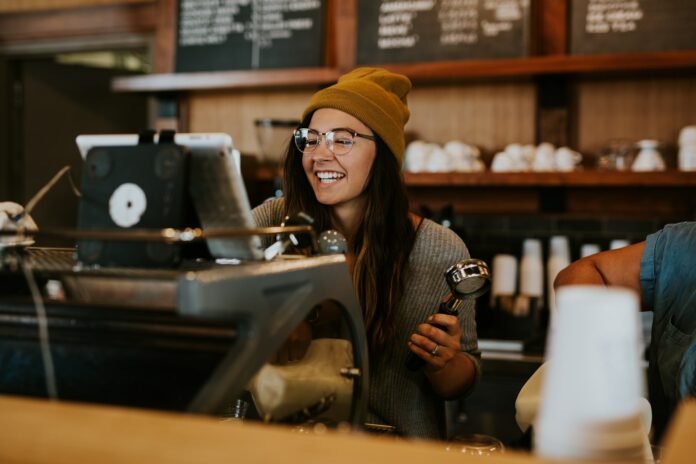 “A journey of a thousand miles begins with a single step.” From delivering newspapers, to classroom companies, many of Europe’s top founders began their entrepreneurial journey with making their first pocket money. It seems that these early experiences not only gave them drive and ambition, but also inspired the direction of their adult successes.

In order to foster youth entrepreneurship, we recently wrote about the top teenpreneurs of Europe, and today will continue this theme by asking some of Europe’s top founders how they made their first €100, and whether this activity led them where they are today.

We begin our virtual journey in Northern Europe. Statistics show that people from Scandinavia, especially Denmark, start living on their own earlier compared with other parts of Europe. Maybe, this could be a sign of being more proactive and entrepreneurial.

Fredrik Hjelm, founder and CEO of Voi, is from Sweden, where there are not too many sunshine hours per year compared to the rest of Europe. Instead of going to the beach to enjoy the sun and earn pocket money as a lifeguard, he had another idea.

“I planted trees up in the North! Super tough, monotonous work that taught me the value of grit and hard work since we got paid upon performance.”

He obviously learnt those values quite well, as in the ultra-competitive scooter business grit and hard work is very much needed, especially if you managed to make your scooter business profitable and to raise almost €200 million so far. VOI is also reducing CO2 emission and congestion in cities, by planting many more trees than Fredrik did back then, on a much larger scale.

From Sweden, we head east to Finland, where we asked Joonas Ahola, Founder and CEO of MeetingPackage, a MICE (meetings, incentives, conferences and exhibitions) booking platform present in dozen countries, and Forbes 30 under 30, how he earned his first pocket money.

“I started my entrepreneurial career at the age of 14 when we established a company in school as part of a company of the year programme by Junior Achievement Young Enterprise. After that [I] met the right people at the right time and started my second company at the age of 16 which I ran for 7 years. That’s where I made my “pocket money”. It was an event agency/catering business.”

Next up, we are going south to Germany where we asked Michael Cassau, founder and CEO of Grover, what he did in his childhood to earn his first pocket money. Grover is a Berlin-based tech subscription scaleup. In January of this year, they raised €250 million in order to further grow their circular economy platform. Their total funding is so far €296 million.

“When I was a kid, I always felt that money was equal to freedom and independence. This way of thinking also reflects in what I was like at the time: I was always hustling. My first job was selling fireworks at a corner store at 11 years old, which then turned into me managing the whole store and all of its marketing. At 16, I sold the get2Card (a German rewards card for restaurants and entertainment offerings) at the Love Parade—that was before it got cancelled—and had the highest sales ever recorded in a single day. At 17, while still in high school, I moved out of my parents’ house and worked non-stop for two years on different business ideas. By the time I started university, I had ventured into all sorts of business areas. But, because I started two years “late”, I felt I had to catch up, so I went on to do two full-time subjects (economics and law) in parallel. In the end, all of that set me up for the hard but incredibly rewarding life of being a founder. I firmly believe that if you want to succeed at something, you have to have a clear purpose, be persistent, and invest a lot of time and brainpower into it.”

After Berlin, we go west, the same way the Pet Shop Boys suggested in their smash hit back in 1993, around the time our next founder was at University. In Fulham, London, we find the headquarters of search engine Adzuna, one of the go-to destinations for people interested in a career change in the UK. They are present in a dozen other markets, as well, like Australia, Russia, India, Germany, Poland among others and raised around €17 million so far. We asked Doug Monro, founder and CEO of Adzuna to tell us about his early days when it comes to earning his pocket money.

“I did 3 things that were great that taught me entrepreneurial skills.
1) Delivered newspapers at 6am every morning for an hour, 350 days a year, from 13 to 16. Work ethic!
2) Started a school newspaper which got shut down as we made too much money and the school was scared of capitalism.  Built a healthy fear of authority!
3) Watched my dad (a uni lecturer) start but have a frustrating lack of commercial success with 3 or 4 spin-out tech startups.  Realised success was more than the best product/tech!”

Before we finish this carbon neutral, virtual road trip (how else in Covid times?), we stopped by Cooltra Group, where our host Timo Buetefisch, co-founder and CEO of the company, told us his story.

“Throughout my youth I have held various jobs related to one of my passions: sport. Thus, I worked as a tennis and ski instructor, repairing tennis rackets and skis… But my first contact with my current business project was when I worked as a bicycle courier for my father’s pharmacy. Thanks to this experience my interest in sustainable mobility started and today I lead the largest sustainable two-wheeled vehicle company in Europe.”

In conclusion, it’s clear that many of today’s successful founders didn’t wait to graduate before making their first few euros (successful founders can even be college drop-outs, right?). Since childhood they have been looking for ways to move on up. Making €100 as a teenager will not make you a millionaire, but it can certainly teach you some important lessons and even give you the idea and drive for your first (or second, or third) startup as an adult.