Teenpreneurs! Spotlight on 5 of the most kickass teen entrepreneurs in Europe 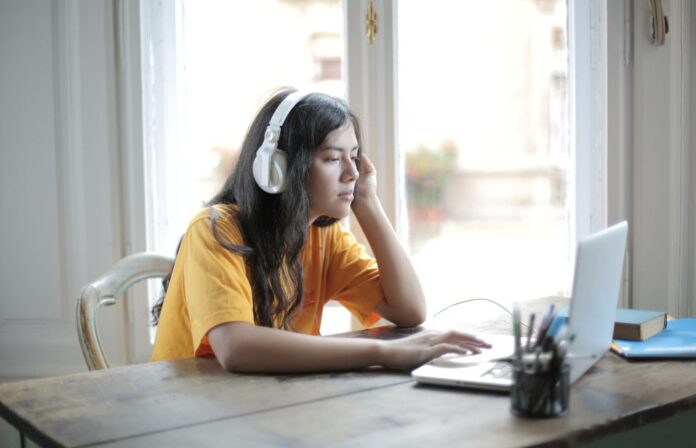 The personality and character traits of successful entrepreneurs is a topic well-discussed, but one question in particular arises more than others: “Are entrepreneurs born, or bred?”.

There are a number of qualities that people need in order to aspire to be an entrepreneur and succeed in the process – but are these part of our DNA, or learnt? Many examples show that in ordinary families some extraordinary entrepreneurs have emerged, and also the opposite can be true, where the children of successful entrepreneurs choose to have regular 9-5 jobs. Some entrepreneurs found their desired cause deep inside them from their early days, much like sportsmen knew what they wanted to be when they grow up. Some were influenced by older siblings or some well-known public figures. For others, while their friends were listening to music and having fun outside, they were brainstorming what they can do to become part of the world of entrepreneurs, and subsequently masters of their time.

In order to foster entrepreneurship among youngsters, we wanted to spotlight some good examples of teenagers in Europe who have entrepreneurial traits. Who knows, maybe some of them will become the next Markus Villig from Estonia, who is now the youngest CEO of a unicorn company in Europe, having co-founded Bolt right after he finished high school, when he was 19 years old. Another great example is John Collison from Ireland, who co-founded payment giant Stripe with his older brother Patrick, when he was also 19 years old.

Nils Reichardt, 18 years old, Sharezone – Nils Reichardt is a teenpreneur and junior running competitor from Germany who co-founded the Sharezone app in 2018 with two of his friends Jonas Sander and Henry Silderhuis. The platform enables students, teachers and parents to be in sync with everything that is happening in school – quickly, easily and digitally. Via the platform, students and parents can easily get info about what happened at school that day, through different files and announcements, being especially convenient if someone wasn’t able to attend. The platform has its own messenger and video conferencing feature, info sheets, and homework tasks. The good part is that only one person is needed to upload different things on the platform. Also, Sharezone helps parents to have better communication with teachers. Apps like Sharezone have also had a big impact during Covid-19, when students had to stay at home. The platform already has more than 100,000 users and the team won €10K in the Startup Teens competition.

Timo Timmi, 19 years old, 99math – Timo Timmi is a teenpreneur from Estonia. He co-founded 99math in 2018. 99math is a combination of esports and math solving tasks which help pupils to learn mathematics in a more playful environment. Maths is probably the subject perceived to be the hardest by most pupils, often because it is presented in a serious or old-fashioned way. Timo and his colleagues decided to change that and show that maths can be fun and exciting. Combining maths games with competitions between friends, students get more interested in acquiring new knowledge and therefore, get better at maths. Mathematics and an analytical way of thinking in general are one of the biggest prerequisites of becoming a successful software engineer, and one of the goals of 99math is to help to create a world with more engineers, scientists and astronauts. They are evidently heading in a good direction, as recently we reported that they raised €454K from some of the top investors from Estonia to grow their service worldwide.

Fabiënne Overbeek, 19 years old, Grow A Wish – When was the last time you received a printed greeting card? In the fast and digital world in which we live, the practice of giving cards has almost been abandoned, especially among Gen Z. Fabiënne Overbeek, a 19-year-old from the Netherlands would like to change that. She founded Grow A Wish in 2018, where customers can purchase and send unique greeting cards made of recycled paper, with a surprise inside – recipients can plant the card afterwards and grow a nice plant. This is a very neat gift to show that you care about someone, in an eco-friendly way. Also, you can place your wish on her web site and Fabiënne will try to make your wish come true. Fabiënne is also Ambassador of the Young Ladies Business Academy.

Julian Willner, 20 years old, Pickar – Julian Willner co-founded Pickar along with his friend Thassilo Seeboth after finishing high school in 2018. Pickar helps freshly graduated high school students choose university courses that will best match their interests and personalities. Choosing a university is one of the most important choices for many people, a decision that will usually influence their careers and life satisfaction in general. Platforms like Pickar are very attractive to universities as they can reach their target groups more easily and get the relevant feedback. Julian started with his entrepreneurial activities when he was only 16 years old, selling road bikes and organising parties to collect initial funding for the upcoming startup.

Jordi van der Meijden, 19 years old, KlusmetPlus – Jordi co-founded KlusmetPlus with his friend Bas van de Kruisweg. It is a social good platform in the Netherlands, which connects elderly people with the youngsters who would like to earn some pocket money while doing good deeds. Around 180 youngsters are on the platform and they can choose to do activities like shopping, painting, computer help, cleaning, gardening. Due to the coronavirus situation currently the only active activities are related to shopping and is free. Previously, youngsters got €6 for the job and also €2.5 for every ‘plus’ awarded according to hard the job was. As written on their site, finding a good handyman is more difficult than finding someone to do groceries.

The so-called Generation Z are interested in impact topics like ecology, sustainability and learning, being aware of how their actions affect the world around them. We expect to see more teenpreneurs and founders in their early 20’s start up their own businesses, and pivot services around these topics – so watch this space!