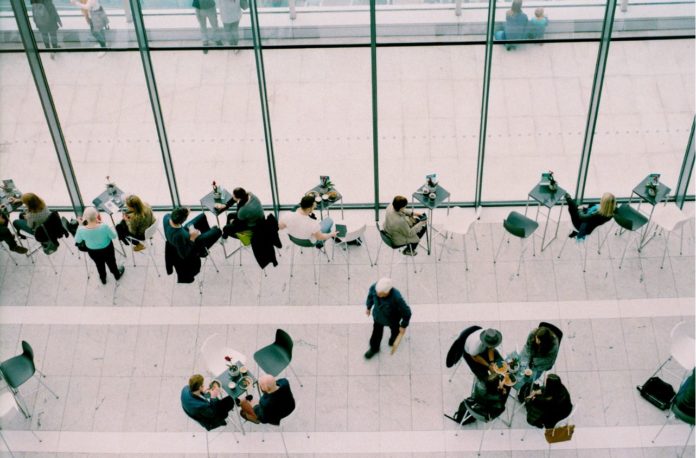 Providing a legal identity for all of the world’s population by 2030 is one of the United Nation’s Sustainable Development Goals – and may be more relevant than ever with talks of new coronavirus immunity ID documents underway. In order to have an idea of the status of the world’s current identity problem, about 75% of the people on the planet are currently without a bank account because of their inability to prove their identity via a valid passport, birth certificate, utility bill, or some other means, to complete KYC (Know Your Client) procedures.

A blockchain-based approach might be a starter for an unchangeable record of individual legal identity. This would neutralise dependency on a central issuing authority or government intervention, due to the decentralized nature of the ledger (a ledge meaning whereby the blockchain records and maintains all data exchanges).

Basically speaking, a blockchain can be defined as a growing and interconnected sequence or chain of records, called blocks. Each of those blocks contains a cryptographic hash or ‘identity’ of the previous block, transaction data and its timestamp. As a blockchain is usually managed by a P2P network, the majority of the nodes in that network must be in consensus to approve any change in any block. Those nodes are computers, and each has a copy of the blockchain. A transaction is written into the ledger only if it was approved by a greater number of nodes after inspection of the hash.

With many uses in financial inclusion, smart contracts and the tracking of goods and transactions, blockchain technology is a powerful tool for fighting fraud, as the records cannot be altered retroactively.

With this in mind, we list below 10 of the most promising European startups that are supporting and stretching the use of blockchain through their main services and products. We compiled this list by analysing growth rate, funding rounds closed, global launches, team size, among others.

Settlemint – Settlemint was founded in 2016 in Leuven, Belgium, by Matthew Van Niekerk and Roderik Van der Veer. With over €5 million in funding, SettleMint is democratizing blockchain as part of the business environment of the future. The company provides the infrastructure to simplify blockchain application design, building and integration through a reliable and scalable proprietary low-code solution of BPaS or “Blockchain as a Service”, so that companies can go from scratch to blockchain application cases with faster speed and less complexity.

Coinfirm – London-based Coinfirm, founded in 2015, aims to act as a foundation for the safe adoption of blockchain by all actors in the economy, including traditional financial institutions, governments, regulators as well as ordinary citizens. Its anti-money laundering (AML) for virtual currencies and blockchain actors allow financial institutions and regulators to safely engage with the crypto world. It has also created its own token, the AMLT, and offers incentives for users to report ransomware and other scams. So far the team has raised around €5 million, with its last funding round being earlier this year.

Odem – Swiss startup Odem, founded in 2017 in Zug, is bringing blockchain to education. It aims to refresh the outdated infrastructure on which education, training and employment were built, making them universally affordable, accessible, verifiable and transferable. In 2018 the startup landed around €2 million of investment, which it’s used to expand its learning platform, which even lets students control and own their academic records in one place forever, safely stored on the blockchain.

Limechain – Limechain is located in Sofia, Bulgaria. Founded in 2017, it is the brainchild of Nick Todorov, Vladislav Ivanov, George Spasov and Chris Veselinov. The startup specializes in building a blockchain solution for startups and corporate businesses, with a portfolio of services including blockchain development, smart contracts, ICO and crowd sale. One of their main solutions, LimePay is a SaaS platform that enables end-users to freely execute transactions for decentralized applications (dApps) with fiat money, without the need for registration or creating a crypto wallet. The client only needs a credit card and can enable crypto-payments to merchants that only accept crypto. The startup already has major clients like Procter & Gamble, Raiffeisenbank and Vaultitude, showing very positive signs.

elrond – elrond is completely rethinking the public blockchain infrastructure. Incorporated in Malta in 2017, and now building its operations out of Romania, this startup is currently the 2nd best funded startup in Romania. The team promises to give anyone, anywhere, easy access to the digital economy, by bringing a 1000x improvement in blockchain speed, scale and cost. We did an interview with their CEO Beniamin Mincu about the future of blockchain, which is an interesting read.

DappRadar – DappRadar, founded in 2018, hails from Lithuania and was included in our list of Lithuanian startups to watch in 2020, having also landed  €2 million seed funding in 2019. If you’re not familiar with Dapps (decentralized applications), these are applications that run on peer-to-peer computer networks, with open source code and deployed via blockchain. DappRadar tracks these Dapps (in fact, 2,900 of them) across multiple blockchains, to filter out fake and irrelevant activity and provide actionable market intelligence.

Colendi – The Swiss fintech startup Colendi innovates in providing a global financial passport to its clients. Founded in 2016 by Bulent Tekmen, Eray Eren, Mihriban Ersin Tekmen and Serkan Omerbeyoglu, the company aims to be source for a democratised credit scoring evaluation method based on blockchain technology, with users receiving an ID that serves as a global financial passport. Its goal is to create a tool for unbanked people and small businesses around the world to have greater access to micro-financing​. Their bot credit scoring mechanism wants to be the trust link between lenders and borrowers in that sense. Colendi has raised €2.3 million to date and it was featured as one of our top 10 Swiss startups to watch in 2019.

Solve.Care – Solve.Care is a global healthcare blockchain technology company, founded by Pradeep Goel in Tallinn, Estonia, in 2017. The startup intends to bring more transparency and reduce bureaucracy in the world healthcare systems. It proposes a platform that is patient-centric to connect stakeholders and coordinate medical care, benefits and payments in a more organized and less frustrating way. It organizes payments among patients, doctors, pharmacies, laboratories, employers, insurers and others, running natively on the Ethereum blockchain and follows the ERC20 token standard. So far, it has built a global community with healthcare specialists, contractors and advisors, raising €26.7 million so far.

Bankera – Founded in 2017 by Vytautas Karalevicius in Vilnius, Lithuania, Bankera’s aim is to integrate traditional and crypto economies into one platform that offers crypto-friendly financial services to companies and individuals around the globe. The startup focuses on solutions based on accessibility, cost-effectiveness, and speed. Bankera is working towards its goal of becoming a blockchain-friendly bank, offering crypto-backed loans for individuals and businesses, crypto-funds (consisting of various cryptocurrencies and crypto tokens), as well as robo-advisory solutions for wealth management. The company raised over €100 million in February 2018, in its Initial Coin Offering (ICO).

Neufund – Founded in 2016 in Berlin by Marcin Rudolf and Zoe Adamovicz, Neufund has raised €18 million so far. In 2018, it became the first company in the world to digitalize its equity and conduct an ETO – or Equity Public Offering. The equity is live on the blockchain as FTH tokens (Force). Neufund’s innovation is a legally-enforceable link between an on-chain token and a real-world equity, making the offer compliant under local jurisdiction – allowing through the company’s technology any incorporated entity worldwide to conduct a public offering on blockchain.