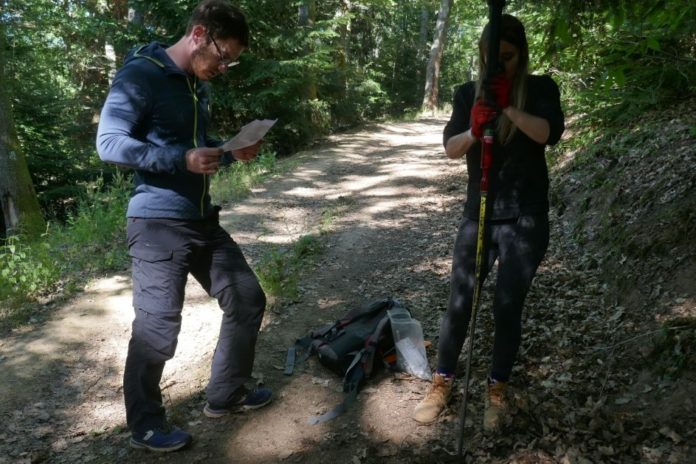 French startup 45-8 ENERGY, who is exploring eco-friendly helium for uses in many industries, has announced completing its first fundraiser of nearly €1.3 million from 14 private and public European investors. It’ll use the funds to accelerate its development and produce ecologically-responsible helium in France, on a wider scale.

Founded in Metz in 2017, 45-8 ENERGY is all about a strategic resource: helium. Helium is a rare and highly sought after resource, due to its physico-chemical properties (lightweight, non-flammable, non-toxic, volatile, poorly soluble, etc.), being environmentally friendly, and non-replicable. “It is respectful of the environment because it does not participate in the greenhouse effect”, adds Camille Sigu, manager at 45-8 Energy .

So far helium is not produced equally across the world, meaning that often it has to be imported at high energy costs. Helium is currently essential for many industries (medical, electronic, aeronautical and space), making its local production crucial. Helium is one of the first ‘helium exploration’ companies in Europe, and is bringing this resource a lot closer to home.

The two founders of 45-8 Energy, Benoît Hauville and Nicolas Pélissier started working on 45-8 ENERGY after they found out an alarming fact: 100% of the helium consumed in Western Europe is imported from the US, Qatar and Algeria. In 2018, this represented 31 million cubic metres, making it the second largest market in the world with almost 19% of consumption. Plus, price has multiplied continually in the past few years. “Western Europe imports all its needs at great cost: it is a strategic resource whose price has tripled in less than five years”, explained 45-8 Manager Camille Sigu.

In addition, due to a slowdown during the coronavirus lockdown, demand has risen even further. For this reason, local industries are keener than ever to look at alternative ways of producing helium locally and avoid relying on outside influences.

45-8 Energy will use the freshly raised funds to continue to accelerate its R&D projects, such as ‘Near Surface Exploration’ (exploring natural helium leaks at the ground level surface), and the more classical approach project ‘Deep Exploration’ (exploring, discovering and producing helium accumulations in the subsurface). Via these projects, the team is on track to apply for an Exploration license by 2020 and conduct one or more exploratory wells by 2022. They are optimistic about reaching their targets in the next few years: “We aim to produce a French helium in short circuit by 2023″, says Nicolas Pelissier Messin, president and co-founder 45-8 Energy.

8 CleanTech startups catching our eye for the year ahead

Solarize raises €4.3 million to solar-ise premises and accelerate the transition to renewable energy