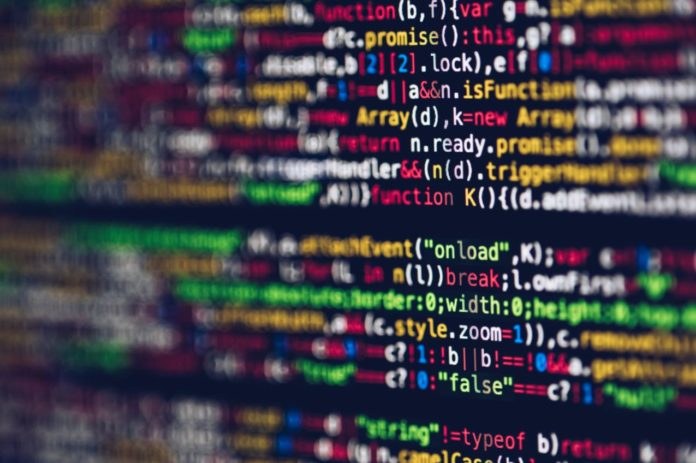 Deeptech refers to companies founded on a scientific breakthrough, which seek to make the world a better place. Coined by Swati Chaturvedi, it can refer to robotics, smart cities, medtech, cleantech, quantum computing and more.

In the last five years there has been an increase in funding for deeptech companies across Europe, with €7.7 billion invested in 2019. This is an increase of almost three times compared to 2015. Artificial intelligence dominates the capital invested, as quantum has yet to make its rise in Europe.

However, there still is a wide venture capital gap compared to the US or China. This could be explained by European investors’ lack of experience in the industry and the perceived higher investments necessary for deeptech to succeed. But several scaleups such as Ynsect, DataIku and Orcam have demonstrated they can generate long term value on global markets.

The UK is leading deeptech investments in Europe, followed by France, Germany, Switzerland and the Netherlands. Looking beyond the top 10, Romania stands out due to the large investments into UiPath, Europe’s fastest-growing deep tech.

With a global pandemic on our hands policy makers are seeking now more than ever ways to rebuild Europe’s tech and science capabilities. Not only for current economic purposes but also for better responses to future crises, as most governments have been criticised for their crisis management response while their citizens uncovered their total dependency on China for manufacturing or production.

Some European countries have started lifting lockdown measures and we are seeing deals been signed. One such startup Xampla, a spin off from the University of Cambridge, recently received €2.2 million in seed funding. Moreover, venture capital firms are creating funds for deeptech startups such as Runa Capital who is ready to invest €144 million.

If you want to know who to follow, here are some of the deep tech startups who will continue to rise in the next months.

AImotive – AImotive provides AI-powered self-driving technology. Founded in 2015 by Laszlo Kishonti, the company has offices Budapest, Mountain View, and Yokohama, employs over 200 people and has raised around €44 million in funding.

Beit – Beit is on mission to control quantum computers with algorithms able to solve hard problems. The company was founded in 2016 by Wojtek Burkot, is headquartered in Krakow, Poland, and has received funding from the European Commission for a quantum computer project.

Graphcore – Bristol-based unicorn Graphcore has created a new processor, the Intelligence Processing Unit (IPU), designed for artificial intelligence. The IPU’s unique architecture lets AI researchers undertake new types of work, not possible using current technologies. Founded in 2016, it has over 300 employees and has raised around €418 million.

IQM – IQM was founded in 2018 by Jan Goetz and Kuan Yen Tan and is a spin-off of the Quantum Computing and Devices research group of Aalto University. IQM is headquartered in Espoo, Finland, and landed seed funding of €11 million in July 2019, around a year after its founding.

Kiutra – Kiutra is developing next-generation cooling devices for basic research, quantum technology, and detector applications based on magnetic cooling. Founded by Jan Spallek and Tomek Schultz in 2018, the startup is headquartered in Munich, Germany. The team raised around €1 million in funding in 2019 via two different rounds.

Lilium – Co-founded in 2015 by Daniel Wiegand, Sebastian Born, Patrick Nathen and Matthias Meiner, Lilium is based near Munich, ​Germany. Lilium is developing an on-demand air taxi service and is already employing more than 400 people. In March of this year they closed a round of €224 million.

Nivaura – Nivaura offers modular platform technology to enable process automation for the insurance and administration of instruments such as loans and bonds. Nivaura was founded in 2015 by Alessio Menini and is headquartered in London, UK. In February 2019, they raised €17.5 million.

Tibber – Tibber is on a mission to change the way we buy and consume electricity. Founded in 2016 by Daniel Lindén and Edgeir Aksnes, Tibber is heaquartered in Stockholm, Sweeden. The startup employs over 40 people.

Finally, I could not end this article without tackling diversity within European deeptech startups or scaleups. The EIT Digital female-led deeptech startups and scaleups landscape from 2019 showcases over 60 startups in Europe who have a female CEO. Among them there are startups like Trick, Third Space Auto, Evertrace, Immersiv, Bold Health, Active Cues, Futrli, Omni:us, Cosmian or SeedLink. I hope they will inspire all the founders and investors out there to be more inclusive in the long run. 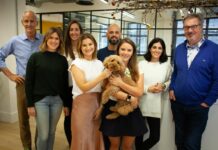 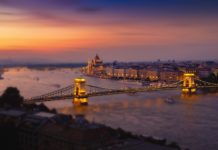 Budapest’s startup ecosystem at a glance 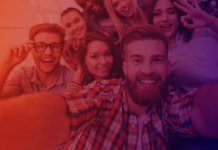 Paris-based Cosmian raises €1.4 for its platform that analyses encrypted data while keeping it ...