What’s up with the CEE? How Eastern Europe’s tech startup ecosystem is booming 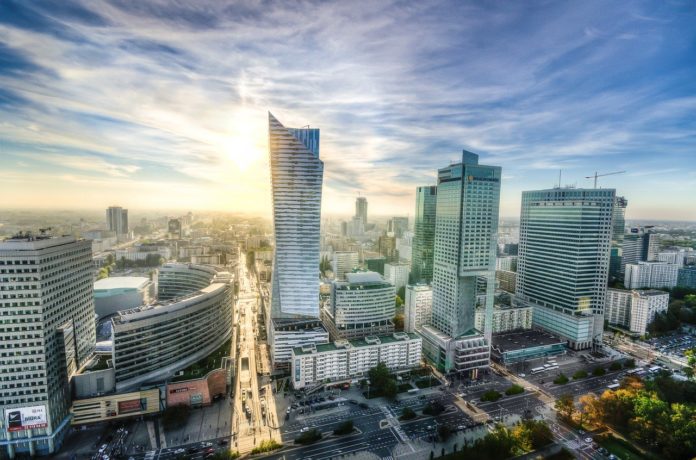 The CEE region continues to evolve and compete to be at the forefront of the European tech startup scene.

So far, more than 10 unicorns have sprung out of the CEE region, with a combined value of €30 billion. Most were founded in Romania and Poland, with a promising batch of stars rising across the whole CEE region.

“There’s been a drastic change in the region, from a majority of early stage startups 5 years ago to companies raising sizable Series A + rounds with notable international VCs backing them. Increasingly, companies have stepped up their ambition, with products going beyond the EU.” said Michal Smida, founder and CEO at Twisto, a fintech company based in Prague.

Investment in CEE startups is soaring. Approximately €0.7 billion was invested in CEE startups in 2018, partly driven by two Taxify and Citybee mega-rounds of more than €100 million, which we reported on in January. When we consider startups that moved to the US or UK, the results are even more impressive: a record €1.3 billion invested. By country, Poland takes the spot for the CEE country with the most VC funding, with investments reaching €611 million, followed by Lithuania with €302 million invested since 2013. In terms of funding rounds, Poland and Hungary top the ranking, with respectively 544 and 227 rounds. Therefore, Warsaw is the largest tech hub in the CEE region by number of venture rounds.

Marcell Kovacs, CEO of MAXELLCO consultancy agency, and former Business Executive at Liber8 Technology, spoke to us about the case of Budapest, and how recent changes have made funding more accessible: “Budapest has an abundance of capital available as opposed to 5 years ago. Back then, it was really painful to get significant funding. The average ticket size was about €100K. In 2016, the state released funds for startups and created a state-owned Venture Capital and injected €100 million into it. They were then giving €30K to early-stage startups which led to an increase in applications”. He continued, “The recent developments in the Budapest ecosystem show that the city is now transitioning from a very early-stage ecosystem to a more mature one, better integrated in Europe and beyond, at various levels”.

Andras Dunai, Partner at Lead Ventures, a CEE venture capital firm based in Budapest, echoed a similar sentiment: “The pace of development in the startup ecosystem in Hungary has been spectacular in the last years. There are more startups with sound stories fueled by more available capital both from the private sector and government agencies.”

Success stories in the region during the past decade are numerous, including companies like Ustream from Hungary, acquired in 2016 by IBM, or LogMeIn that was IPO-ed in 2009, with a firm valuation of €3.2 billion (2019 estimates). According to estimations, giants like Avast or Allegro are now worth between €2 to 10 billion and were either IPO-ed or acquired. Potential unicorns include companies like UIPath, Kiwi.com, Alza.cz, Prezi, Citybee or Flo. Moreover, there are great newcomers to the region, including the winners of the Central European Startup Awards (CESA) 2018. One such example is Brainly, the Polish edtech platform which has been awarded the title of ‘Startup of the Year’. In July 2019, Brainly raised €27 million as part of a Series C with investors like Prosus (formerly Naspers).

How can we explain this incredible growth? Record amounts of venture capital are searching for new opportunities across Europe, and the CEE region has become increasingly more attractive. Talent is abundant – indeed, there are about one million CEE developers, 50% of whom are concentrated in Poland, Romania and Czech Republic.

CEE is home to the most prominent venture capital investors in Europe, highlighting in particular Polish investor funds: Innovation Nest, Market One Capital, MCI Capital. The first two recently invested respectively €25 million and €33 million between January 2017 and January 2018. Their main focus is on Seed fundings, Early VC. Among their notable investments we can find UXPIN, Packhelp and Azimo. Additionally, Austrian VC Speedinvest or Hungarian VC Day One Capital have been extremely proactive.

What should we expect from the CEE region in the future? The diversified workforce has great potential. We already know that the region includes about one million developers (50% in Poland, Romania and Czech Republic), offering highly-skilled and educated tech workers. Poland comes in third position (first in Java and second in Algorithms) after Russia and China, showcasing CEE’s incredible talent potential. Finally, the CEE region will likely gain more attention from investors outside Europe (Asia, USA, Canada), having seen investments double since 2015, totalling €0.2 billion between 2017 and 2018.