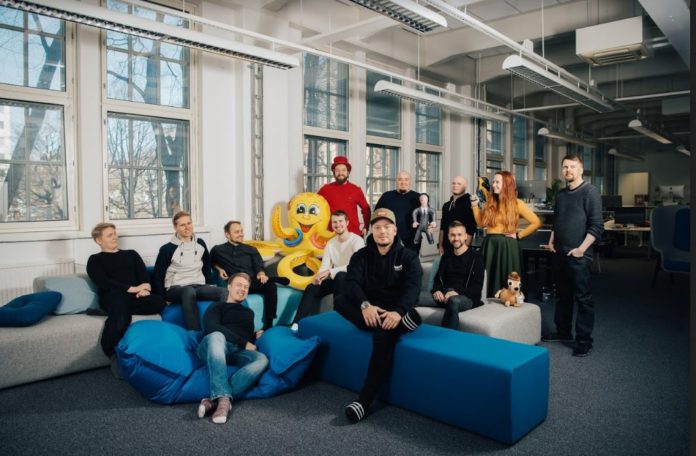 Today Helsinki-based AppGyver, a software scaleup democratizing professional app development with visual programming tools, has raised €2 million in additional funding jointly-led by Karma Ventures and OpenOcean, with participation from numerous angel investors. The company will use the capital to accelerate the development of its visual app builder platform, ‘Composer Pro’, and scale up its international expansion.

AppGyver’s ‘Composer Pro’ is a no-code visual platform for professional app development, where new and seasoned developers alike can now build sophisticated, production-ready apps for any device without having to write a single line of code. Everything can be crafted visually by using drag-and-drop, including the user interface, app logic, access to native APIs, user authentication, and backend integrations.

“For a long time, it was our dream that the software built visually without writing code could reach the level of sophistication, customization, quality, and performance of traditionally built software. With the release of Composer Pro, we’ve finally arrived there. We spent four years painstakingly developing Composer Pro and battle-testing it with global enterprises to ensure that our visual drag and drop platform produces high-quality, professional apps that are indistinguishable from native apps,” says Marko Lehtimäki, CEO of AppGyver.

“We’re very appreciative of our investors who have shared our vision over the past few years, including our commitment to continue building a vibrant developer community, and now we believe that we have created something truly revolutionary. It might take a while to try the die-hard coders, but we’re ready to be challenged and work together to build something extraordinary,” explains Lehtimäki.

Composer Pro is free for indie developers and small companies with under €9.1 million annual revenue, while the enterprise offering, ‘AppGyver Black’, has a customized pricing plan with appropriate service-level agreements, premium support, and governance features. The company has also created a component marketplace where users can share, and potentially sell, what they’ve created and build on the contributions of others.

“AppGyver is the first company we’ve seen to truly conquer the challenge of building professional enterprise-level apps visually that also has embraced the open-source movement of sharing and collaboration to make the world a better place,” says Tommi Uhari, Founding Partner at Karma Ventures. “They took the time and effort needed over several years to build and test this vision, which we believe is at a level that surpasses anyone else on the market. We are excited to see how visual programming will finally revolutionize the way we bring ideas to life and solve problems,” continues Uhari.

The new funding takes the company’s total funding to €10 million. AppGyver’s global enterprise portfolio includes companies such as DHL, Fingrid, and Genelec, and has a community of 300,000 developers using its platform. The company aims to expand its user base and incubate a developer community of more than a million people.

UK-based startup Stacker raises €1.2 million to let anyone launch their own app