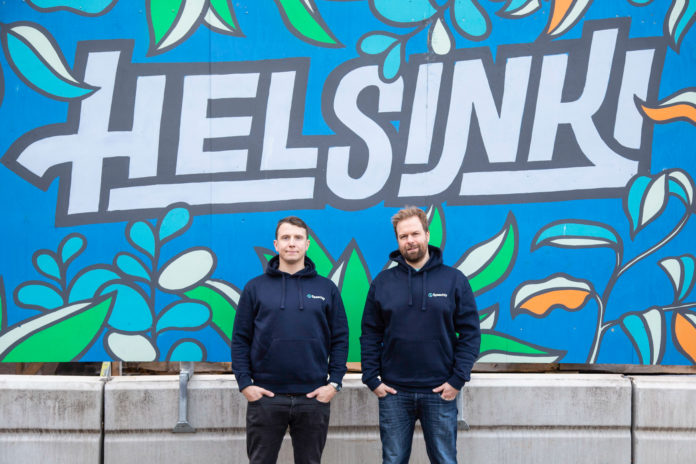 Speechly, a Helsinki-based startup whose team has experience working on Siri and Alexa, has secured €2 million to build developer tools for next generation voice user interfaces.

The seed round was led by Berlin’s Cherry Ventures, with participation from Seedcamp as well as Quantum Angels, Joyance Partners, Social Starts, Tiny.vc, Juha Paananen and Nicolas Dessaigne. The funding raised will be used to develop the tool further and to release the public APIs.

The Finnish startup, founded in 2016, builds developer APIs for next generation voice UIs, with the team having previously worked on well-known products like Apple’s Siri and Amazon’s Alexa. Speechly’s technology enables developers to break out from naive voice assistant use cases into building more sophisticated, real-time and multimodal, voice enabled user experiences. The technology works on any platform or operating system.

“It is hard, but not impossible to compete against the likes of Google, Amazon and Apple. But our approach to voice UIs is different. We don’t need to monetize our customers’ data or tie developers into our ecosystem”, says Otto Söderlund, the CEO of Speechly.

The fundamental problem of voice assistant platforms is that they tend to fail with more complex user requests. Moreover, they don’t integrate to familiar apps and UIs. From the commercial point of view voice assistant platforms force businesses to operate in someone else’s ecosystem and give out valuable user data. Most importantly, current SDKs and APIs are either too complex or do not offer enough control over end user experience for developers.

Speechly makes spoken language understanding available for the 99% of developers who are not Natural Language Understanding (NLU) experts with easy-to-use SDKs and APIs.  “Speechly offers developers the ability to easily build delightful voice user experiences that integrate well with their products and brands. We believe our technology will bring voice the same kind of renaissance as the iPhone brought for touch in 2007”, says Hannes Heikinheimo, the CTO of Speechly.

The secret sauce in Speechly’s spoken language understanding technology is in how the mechanics of natural language understanding and speech recognition work together. This enables Speechly to deliver a faster and more intuitive multimodal voice user experience. “We have designed our own proprietary speech recognition technology from the ground up to support a significantly wider range of voice related user experiences compared to existing products out there”, Hannes Heikinheimo explains.

Speechly’s technology is already being used in e-commerce, virtual reality, media, healthcare, industrial services etc. and can be applied to any industry or platform.

“Speechly’s technology can be the Twilio for voice UIs and change the way developers use and think about voice in the future”, says Filip Dames, partner at Cherry Ventures.