How can we live longer? 5 European startups extending our lifespans 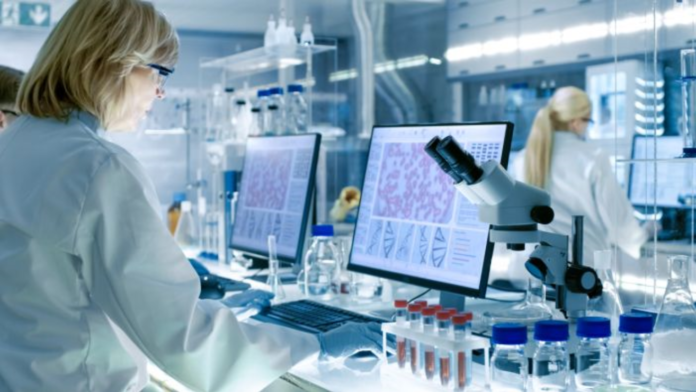 How can we live longer? How do we live healthily to extend our lifespans? How do we feel younger than our age? These are among the many questions scientists have been trying to answer about aging.

Ever since the “longevity” gene was mapped by scientist Tom Johnson in the 1980’s, interest in the science of aging and longevity research has been mounting. Understanding how we age and how to slow aging has become a lucrative field for both big corporations and startups globally. Products and services focus on understanding how we age and slowing down the aging process.

In Europe, startups are catching up on “biogerontology” (science of aging) research, products and services and here is our sampling of five that are trying to make us live longer.

Juvenescence is a UK biopharmaceutical company building a pipeline of therapeutic assets to target aging, regeneration and the diseases of aging. Juvenescence was founded by Jim Mellon, billionaire British businessman and philanthropist. Since its foundation in 2016, Juvenescence has raised €148 million with its most recent Series B round in August 2019, including €90 million with the participation of Mike Cannon-Brookes, the billionaire co-founder of Australian software giant Atlassian.

Juvenescence’s goal is to extend both lifespan and health-span, by developing therapeutics that slow aging and promote juvenescence (“the state or period of being young”). It partners with new companies that have longevity-related therapeutics, by in-licensing compounds from academia and industry, or forming joint ventures with the foremost longevity scientists and leading research institutions. Juvenescence’s pipeline companies tackle frontline, cutting-edge products like that of LyGenesis, whose technology will enable the use of a patient’s own lymph nodes as bioreactors to regrow functioning ectopic organs including liver, kidney, thymus, and pancreas. Another pipeline company is AgeX Therapeutics, a company applying intellectual property related to cell immortality and cell therapy.

Nuritas, a Dublin-based startup founded in 2014, uses big data techniques to discover peptides – molecules in food and food by-products that can be used by the life sciences sector in supplements and new drugs. Its bioactive peptides have the potential to offer people solutions across a number of areas including inflammation, blood glucose, anti-microbial and anti-ageing.

Nuritas is founded by mathematician and bioinformatics specialist Nora Khaldi. It has previously raised €26 million, including €17.5 million in a series round led by Chicago-based Cultivian Sandbox Ventures in late 2017. In November 2018, Nuritas secured a €30 million investment from the European Investment Bank (EIB). The recent investment gives Nuritas access financing in tranches required to scale up the development of new therapeutics in areas such as anti-aging, anti-inflammatory and diabetes treatment.

Senolytx (STX) is a pharmaceutical company founded in Barcelona in 2017 developing novel classes of medicines by targeting senescent cells, often referred to as “zombie cells”. These damaged cells accumulate and persist in the body, secreting inflammatory factors that prevent normal cells from functioning. Senescent cells are associated with many different pathologies, as well as with aging. Eliminating or reducing senescent cells is known to halt or reverse degenerative disease and rejuvenate tissues in experimental animal models.

Senolytx received funding in August 2018 from the Horizon 2020 project amounting to €80K for its research linking “zombie cells” to cancer recurrence. Senolytx is a daughter company of US-based Life Biosciences Group that is addressing health decline due to aging as a systemic breakdown of the body, rather than a series of isolated events and conditions.

Chronos Therapeutics is a privately held biotechnology company focused on diseases of ageing, brain and nervous system disorders. Chronos has a dedicated laboratory in Oxford, which screens for the activity of drugs in brain disease through its proprietary platform, Chronoscreen.  Chronos Therapeutics concentrate on degenerative and behavioural diseases of the brain and nervous system via acquisition, discovery and development of novel proprietary lead candidates and repositioning FDA (Food and Drug Administration) and EMA (European Medicines Agency) approved drugs. Specific areas targeted by Chronos are ALS (Lou Gehrig’s Disease) and other neurological diseases, fatigue and addictive behaviour.

TreeFrog Therapeutics is a stem cell company based in Bordeaux, France. Founded in 2018, TreeFrog develops C-Stem, a platform accelerating development of pluripotent stem cells – self-replicating cells which can form and grow any part of the human body. TreeFrog technology should be used on humans within three to five years in the framework of cell therapies, to treat chronic and degenerative diseases that currently have no treatment, such as Parkinson’s, diabetes or age-related macular degeneration.

In September 2019, TreeFrog raised received an additional of close to €3 million in non-dilutive funding from French and European programs. The funding received is broken down as €450K from the French government as part of Phase 2 of the i-Nov Innovation Challenge and €2.4 million from the European Commission as part of Phase 2 of the SME Instrument (now EIC Accelerator, part of the EU’s Horizon 2020 programme). Earlier in May 2019, it received a €7.1 million Series A funding round led by French-German venture capital team XAnge (Siparex Group), along with private equity fund Galia Gestion, and historical investors Irdi Soridec, Aquiti Gestion, and SATT Aquitaine.