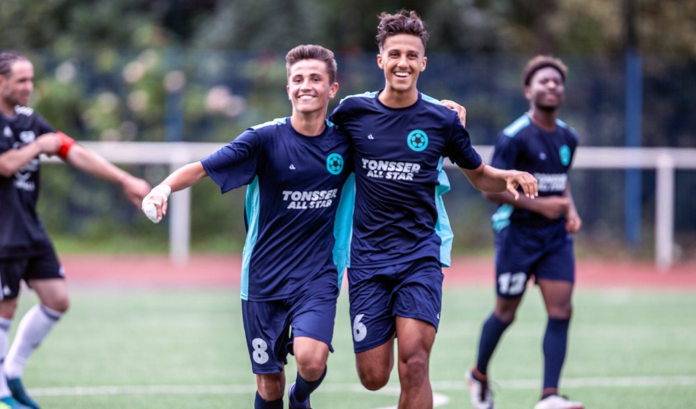 The Copenhagen-based football app Tonsser, which raised €5.5 million to match clubs with talent in December, has now reached the one million user milestone.

Tonsser is challenging the norms of football scouting by using a data driven approach to find undiscovered youth players and help them get a second chance in football.

After their matches, youth players use the app to update their performances, claim goals and assists and vote for Man of the Match. Sitting on Europe’s largest database for youth football players, Tonsser is using performance data and videos to spot undiscovered football talents and give them the opportunities they deserve.

“Most pro clubs are using a data driven approach when scouting players for the senior team,” said Peter Hom. “But way too often youth players are selected based on the limitations of budget, coverage and information, and as a result hidden gems go unnoticed. That’s what we’re trying to change by building conditions where players are empowered to unlock their potential.”

This season, Tonsser used performance data and videos uploaded on the app to find players for Tonsser United; a team of undiscovered, French talents. Participating in talent tournaments across France, Tonsser United challenged some of Europe’s biggest academies. Defeating Fulham FC and drawing against academies like Olympique Lyon, Paris St Germain and Marseille, many of the Tonsser talents stood out to scouts and clubs and were invited to trials with pro clubs like Huddersfield Town.

“Mythbusters. That is what I would call these guys,” added Holm. “To me these results prove that undiscovered, unsigned youth players with the potential to compete on the highest level exist everywhere. Across Europe we’re seeing so many of these aspiring youth players who have the talent to take the next step but who desperately need the opportunity to step into the spotlight and get noticed. It’s a great pleasure to offer them the chance they deserve.”