Copenhagen’s startup ecosystem at a glance 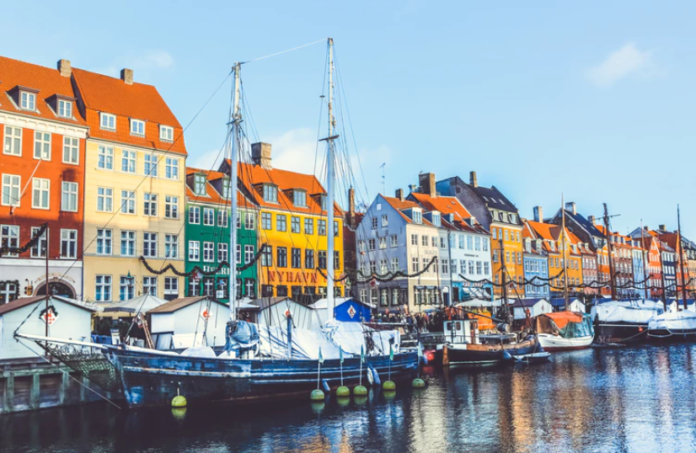 Copenhagen’s startup scene is flourishing like never before. Despite record hot temperatures, cool venture capital investments have been reaching record levels at all stages. Round sizes are on the rise – seed investment sizes doubled from $0.4 million to $0.8 million from 2017 to 2018, Series A rounds tripled from $3.5 to $10 million, and Series B rounds rose from $9 million to $12 million. Copenhagen is also the most active Nordic startup ecosystem next to Stockholm by number of deals, with a highly engaged community of business angels. These positive developments follow on the success of Denmark’s unicorns – Zendesk, Unity, Sitecore, Tradeshift, and Trustpilot on the way.

These happy Danes want more, and they are shaking up the local startup scene like the wild vikings they are. The eagerness to make a mark, especially by the many impact startups such as Too Good To Go and Freeme, is noticeable, yet the culture is amiable and supportive rather than competitive, with a strong community that works together to take on challenges.

“There have been some interesting exits, and there’s a couple of potentially big companies coming out of the scene. I think it’s exciting to see it evolve,” said Mette Lykke, CEO of Too Good To Go, of the Copenhagen startup ecosystem.

WeWork’s very recent expansion to Copenhagen’s creative and hip area of Vesterbro is designed to inspire Danes to create more startups. The office matches the city’s urban planning focus, and you can expect to find art-filled spaces, monthly community events like happy hours and seminars, and all inclusive amenities, making this the ideal plug-and-work space.

BLOXHUB is where the urban future is being created, right at the shores of Copenhagen’s harbor. Sharing the space with the Danish Architect Center – a more visionary spot in the city is hard to find, and is host to workshops, debates, talks and accelerator programs. The community, which includes 300 small and large startups, organizations and researchers, is grounded in the belief that our climate and urbanization challenges require a new way of collaboration.

Founders House is the space for the most diehard tech startups of the city, as well as being Denmark’s first tech coworking tribe. The startups in residence are carefully selected based on their ambitions, technology savviness and potential for scalability. The space also hosts for tech conferences, meetings, and lectures.

The Rabbit Hole was the winner of the best coworking space award in 2018 from 23 other co-working spaces. With its hygge-meets-work vibes, the natural light, amenities and strong community bond, this smaller co-working space is a safe place for entrepreneurs that are in the beginning of their startup adventure.

Soho & Noho are the two hip sibling spaces in the hottest part of town – the Meatpacking District. The two spaces offer open working areas, various sized office spaces, a dozen meeting rooms, reception services, and a range of professional amenities. And when you want to relax and free your mind, you can choose between the rooftop, cafeteria, lounge area, or gaming room.

Five of the city’s up-and-coming startups

Kubo Robot – You can never start too early to acquire knowledge. Kubo Robot introduces coding in an intuitive manner to youngsters as young as four. Coding is made as easy as a puzzle giving endless insights, ideas, and inspiration for the next generation of techstars. Founded in 2015, Kubo won the 2016 Web Summit pitch competition.

Labster – Rising from the pillar of the Danish society – education – Labster has  created award-winning virtual lab simulations. Labster makes million dollar labs available with only one click, which are used by educational institutions across the globe, including top tier universities such as MIT and UC Berkeley. In 2017, the edtech startup raised $10 million to scale internationally.

Grandhood – At a unique period in time in which there are more elderly people than young on a global scale, Grandhood has taken up the challenge of revolutionizing the pension industry. Started in 2016, the company simplifies occupational pension plans, and its investment algorithm ensures that people’s financial needs are met when they reach retirement age.

Too Good To Go – Founded in 2015, TGTG has made the most significant impact towards reducing food waste across the 12 countries in which the app is available. Through the app, 20 million meals are being saved this year by connecting individuals with restaurants and supermarkets before they toss their food. We just interviewed this social impact startup’s CEO Mette Lykke about Too Good To Go, and her plans for future expansion.

Pleo combines payment cards that can be easily assigned to employees, with software and mobile apps to automatically match receipts and track all company spending in real-time, with detailed analytics. Pleo does away with expense reports, and automates bookkeeping tasks as it integrates directly with accounting software providers, saving companies time and money. Scaling up, Pleo raised a $16 million Series A round led by Kinnevik in March 2018.

Some of the city’s most active VCs

Seed Capital is the largest and most active venture fund in Denmark, investing in seed stage through to exit, making them one of the bravest funds. Founded in 2005, Seed Capital has so far made 174 investments, with portfolio companies including Trustpilot, Lunar Way, Vivino, Endomondo, Omio, and many more.

Blazar Capital invests in future global online leaders in the D2C e-commerce space, who have an ambition to disrupt the monopolized marketplaces. Founded in 2017, its Copenhagen office has just become carbon neutral, and current investments focus on retail in the areas of fashion, eyewear, and art.

Preseed Ventures is regarded Denmark’s largest most successful innovation incubator and early stage investor. Owned by the Technical University of Denmark, since 2000 it has helped talented and hungry entrepreneurs realize their dreams, making over 400 investments.

The Danish Growth Fund – Vaekstfonden in Danish, this is the investment fund of the Danish state with a goal of improving access to risk capital, generating growth, and creating new jobs. Partnering with financial institutions, domestic and international investors, they have financed over 7,300 ventures from all sectors, from infancy to IPO.

Jesper Buch is one of the most influential and active Danish entrepreneurs. From founding and growing big names like Just Eat and Miinto to some of the most successful Danish startups, he has relentlessly continued building and helping others build their ventures. Buch is a famous media personality, as well as the main force behind the startup boot camp Seedster.

Morten Lund is perhaps the most active serial entrepreneur in Copenhagen, having founded or co-invested in over 100 high-tech startups in the last 15 years. Morten is also a very intriguing speaker, who experiences more in a month then most of us do in a lifetime, and who has a sharp eye on the future.

Alex Farcet cofounded Startupbootcamp – one of the world’s largest and most prominent startup accelerators – almost 10 years ago, and later founded Rainmaking, a corporate innovation and venture development firm. With a solid background in both the corporate and startup world, Alex is very skilled in spotting and helping new ventures.

Henrik Werdelin has been involved in a range of successful startups and corporate incubations over the past 15 years as a founder, investor or advisor; including HotPotato, GoTryItOn, ReadMill (now DropBox), Betabox (incubated with Mondelez) and Sunrise (acquired by Microsoft). He is a frequent speaker at top-tier business schools and industry forums.

Tommy Ahlers is a successful entrepreneur and angel investor turned Minister of Science, Technology, and Higher Education. Bit by bit, Tommy has actively been changing the educational system to prepare the next generation of Danish entrepreneurs. His entrepreneurial experience and passion for the cause makes him much more than just a business angel.

Startupbootcamp originated in Copenhagen, and now is one of the world’s top accelerators with 20+ programmes and events in 100 cities across the globe in foodtech, IoT, fintech, smart cities, smart energy, and more. Its tailored 3-month accelerator programmes are designed to support ambitious early-stage companies grow, and have accelerated 727 startups to date.

Rainmaking is a corporate innovation and venture development firm, focusing on creating, accelerating and scaling new ventures with the world’s leading corporations and entrepreneurs. Originating in Copenhagen, it is now active in 10 locations globally and has helped to build 600+ ventures since 2016.

Fintechlab is an incubator and accelerator fully focused on fintech. They are working on creating a Danish fintech ecosystem to the highest Nordic standards. The programmes range from the early phase till internationalization.

+impact acceleration is the result of an initiative between Danske Bank, Katapult and SingularityU in order to contribute to the UN’s 17 Sustainable Development Goals. Their mission is to support impact startups, and bridge the development gap by scaling their solutions.

Accelerance is located on the campus of Copenhagen Business School. Founded a decade ago, Accelerance is a pioneer in the accelerator space, and has accelerated 613 startups to date, 63% of which have raised capital. Besides acceleration programs, it also offers corporate matching.

Demo Day Copenhagen connects national and international investors with the most promising pre-seed and seed stage Danish tech startups. With over 150 investors and a series of pitch competitions, this is a gateway to networking in the Danish startup scene over the course of one day.

Nordic Startup Awards is part of the Global Startup Awards, which is the biggest independent startup ecosystem competition with a mission to find, recognize, and connect the future shapers of the digital age from around the globe. This year’s grand finale will take place on 5 December.

Copenhagen Fintech Week is the event for the brightest minds in fintech from all over the world, giving you a chance to network among the 1000+ attendees, exchange knowledge, and reshape the future of fintech.

TechBBQ developed from a simple BBQ among a few startup friends in 2012 to a two day event with over 6,000 attendees and over 500 investors. It’s the biggest event of late summer, and a must-go. Next edition: 18-19 September.

Techfestival takes over Copenhagen’s iconic Meatpacking district for three days in September. With its third year coming up, they are diving deeper into the realms of technological progress in order to find answers to some of the most pressing questions facing humanity and our future. Next edition: 5-7 September.

Irena Chloe Angelov
Irena Chloe Angelov is an international entrepreneur located between Amsterdam and Copenhagen (her hometown). A previous Rocket Internet MD, she now holds advisory positions and is currently founding an incubator enabling female entrepreneurs to take the next step. A generalist, activist and optimist, eager to make a mark.
RELATED ARTICLES
Know-How

Madrid’s startup ecosystem at a glance