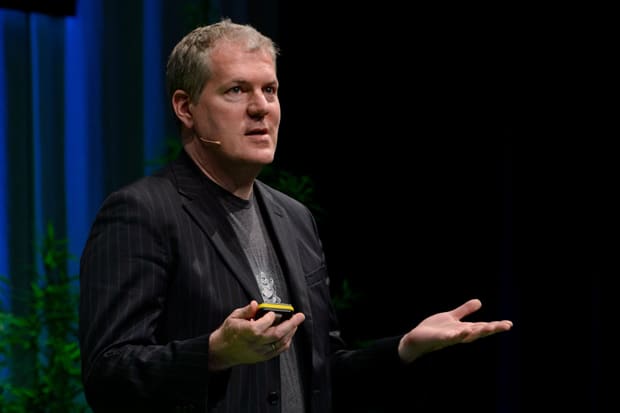 We are proud to announce that Alex Farcet, the co-founder of Startupbootcamp, will be doing a monthly contribution on EU-Startups.com. As an introduction for this cooperation we thought it would be nice to do an interview with him.

For those of you that aren’t familiar with it yet, Startupbootcamp is a European startup accelerator network that is affiliated with Techstars.

When did you and your co-founders start Startupbootcamp and what is the idea and vision behind it?

I started working on Startupbootcamp full time in January 2010 and we ran the first programme starting in mid-August. I spent most of my time headhunting the very best mentors I could find but I also raised funds, found a facility, and worked on attracting awesome teams to apply. Of course I didn’t do this alone, my co-founders, Rainmaking (a ‘startup factory’ with offices in Copenhagen and London) were a huge help. You don’t do something like Startupbootcamp alone!

As part of my research prior to Startupbootcamp I had reached out to Luis Rivera and his partners who ran the Tetuan Valley Startup School in Madrid. Luis became a Startupbootcamp mentor and ended up investing in the first programme as well. So it was a natural progression that we became partners and ran Startupbootcamp in Madrid as well. As for Dublin, we were introduced to Eoghan Jennings and his partners via IBM, with whom they were working on creating an accelerator. We immediately got along and were really impressed by his track record (he was CFO at XING when they IPO’ed in 2006).

Our vision is to have 4 to 5 cities running Startupbootcamp in Europe by next year. We want each of these programmes to be anchored on very solid local communities of mentor and investors but connected to each other via not only the brand but also an active network. We know we’ll never have a Silicon Valley equivalent in Europe so we’re embracing our differences and turning them into strengths. We want our startups to be able to launch wherever it makes sense for them and to always have strong local networks to help them. As for our mentors, we’re also actively working on connecting them so that there’s huge value for them as well.

What makes Startupbootcamp unique or better than other startup accelerator programmes out there, and why should founders apply to your programmes?

As per our vision above, we aim to be the most connected, visible and selective accelerator programme in Europe. If we continue to do a good job, each year we’ll attract better teams, which in turn will attract more active investors, which in turn will lead to more funding, which will attract better teams and so on. I don’t do anything but live and breathe Startupbootcamp. It’s my life mission to make the most amazing programme for startups,  the same goes for Luis in Madrid and Eoghan in Dublin, and I think the quality of mentors and investors we’ve been able to attract reflects that.

What does it take to get accepted to Startupbootcamp and what is the selection process?

There’s a simple online application which we use to sort out the 50% or so of applicants. We don’t want to read business cases and certainly don’t look at Powerpoint slides. We want to see teams who have thought through their product and done some basic fact finding about the market potential and competition. We first focus on the potential of the idea but very quickly we get to a point where the final 30-40 teams all have ideas that seem to have potential. But we recognise that we actually don’t know and that startups’ original ideas often change as they confront their markets. So from that point on we only focus on the teams. We look for drive, track record, coachability, integrity. It’s all very subjective and is heavily based on interviews with the teams. We know from personal experience that it’s 99% about the quality of the people.

What do founders have to give in return for the services and offers of Startupbootcamp?

We give each team member €4K, free office space for 3 months, access to our amazing mentors (which is the secret sauce of Startupbootcamp) and exposure to 100 or so investors on Demo Day. In return we ask for 8% equity in each company. The question teams should ask themselves as they consider this, is whether they think the overall value of their startups will increase by more than 8% as a result of going through Startupbootamp. I can confidently say that all 10 teams which went through the first run in Copenhagen would agree with that 100%.

You recently announced your plans to expand your startup mentoring programme – aside from Copenhagen and Madrid – into London, Berlin and Dublin soon. What are the next cities on your list?

Indeed, we just announced Dublin. We even made our moms proud by being covered by the New York Times. I’m actively working on finding the right partner(s) for Berlin and London is on our radar. Beyond that we don’t think there’s room for many more programmes in Europe. Our idea is to be spread geographically but also over time, with a programme running every quarter or so. We also think that for 4 or 5 cities to produce ten startups each, we need to attract a significant number of applicants and some point the talent pool will dry up. So those cities feel about right but it’s early days and we’re entrepreneurs ourselves so we know how to pivot ;).

Like we mentioned in the introduction of this interview, you’ll be doing a monthly contribution on EU-Startups.com. What can our readers expect here?

With all these Startupbootcamp teams and cities there’s going to be lots to
talk about! I’d like to talk about the differences in ecosystems in Europe, but we could also do deep dives on some of the teams to learn first hand about their challenges.

What has been your experience with Copenhagen as a location to start up a company?

Denmark has fantastic infrastructure (among the best in the word), it’s
super easy to register a company, there’s almost zero bureaucracy, lots of talented people. Personal taxes are quite high so the cost base in terms of salaries is not always competitive. We found that out of the 8 teams which weren’t Danish, several of them ended up creating very strong ties with our mentors; they created jobs, found customers and partners and so on, so overall it’s an awesome place to get going.

Speaking of Opportunities: Make sure to check out the EU-Startups Job Board in case you’re currently hiring or looking for new job opportunities.