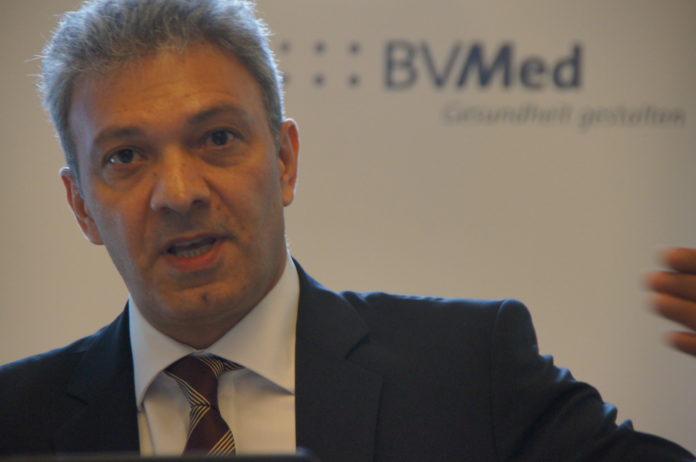 Heart disease is the leading cause of death for both men and women. Potsdam-based CryoTherapeutics is developing a cryotherapy system – a treatment that exposes the body to freezing temperatures – to prevent heart attacks.

Founded in 2009, the Potsdam-based startup has just raised a €7 million Series B round. Participants in the round include the Belgian public investor Noshaq (formerly Meusinvest), the Walloon region, as well as existing investors Peppermint Venture Partners, Creathor Ventures, and Getz Brothers.

CryoTherapeutics is focusing on the development, demonstration of clinical benefit, and early-stage commercialization of a proprietary cryotherapy system for use in the treatment of coronary artery disease that causes heart attacks. The safety and efficacy of cryo-energy in the cardiovascular system has been demonstrated and CryoTherapeutics intends to extend the benefits of cryo-energy to the problem of diseased coronary arteries.

The new funding will be used to support clinical activities and to further invest in research and development, talent acquisition and international growth, as well as to establish operations at its new facility in Awans, Belgium.

“I am very excited by the potential of this technology in the treatment of atherosclerotic disease and this funding will provide support for our next clinical phase as we aim to establish our technology as a new treatment modality for use by interventional cardiologists,” said John Yianni, CEO of CryoTherapeutics.

“CryoTherapeutics is pioneering the use of cryotherapy in coronary artery disease and this financing will support the company’s forthcoming clinical trial that will focus on treatment of ruptured lesions that have caused heart attack,” added Dr. Joachim Rautter, managing partner at Peppermint Venture Partners.

“This exciting technology, in combination with intravascular imaging may in the future also have the potential to prevent plaque rupture, thus stopping heart attacks from occurring and we are very pleased to be further supporting the Company as it enters a new phase in its development,” said Karlheinz Schmelig, partner at Creathor Ventures.

“CryoTherapeutics’ technology has the potential to make a significant impact in the treatment of coronary artery disease using a non-implant technology that avoids the complications and issues associated with the current generation of treatment technologies and we look forward to partnering with the Company in this next stage of its development; CryoTherapeutics will establish itself in Liège (Awans), strengthening the local ecosystem in the medtech field, especially in the area of cardiology,” added Joanna Tyrekidis, investment manager at Noshaq.