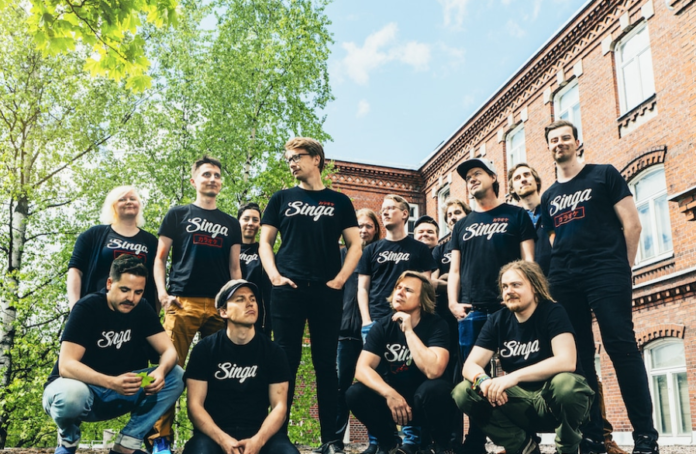 The Finnish startup Singa has just announced €1.75 million in funding, led by Initial Capital, with participation from Tamares Holdings, Superhero Capital, Reaktor Ventures and Tekes. The fresh capital will be used for a go-to-market push into new markets and for scaling operations to make Singa a household brand synonymous with karaoke and singing. This latest funding round brings the total raised by Singa to more than €2.65 million.

Founded in 2013, Singa is the first truly all-digital karaoke service to bring the fundamental human pastime of singing to people everywhere on any device – both for consumers and for any venue providing a stage. Singa was founded to do for karaoke what Netflix has done for movies and what Spotify has done for music – to move the karaoke industry into the streaming age.

CEO and co-founder Atte Hujanen stated: “Karaoke has not changed since the 1990s. This is one of those stories where you have a market that, at face value, seems unsexy but represents a huge opportunity flying under the radar of most people. Singa is digitising and redefining an entire industry, striking at something that people already love to do – singing.”

Shakeeb Alireza, Partner at Initial Capital, commented: “We were impressed with Singa’s management team’s ability to leverage their relationships in the music distribution space globally and build a solid platform with limited resources. We believe the combination of their business and direct-to-consumer offerings is truly powerful. They’re uniquely positioned to become the leading player in a very deep niche with significant untapped potential.”

For commercial use in bars and entertainment venues or non-profit use in schools, libraries and elderly care homes, Singa provides a modern, fully digital, turn-key karaoke solution and a superior user experience.