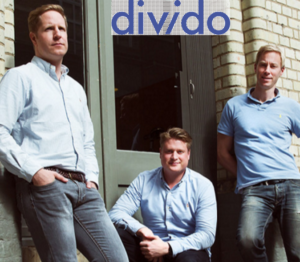 Payment alternative Divido lets customers spread the cost of any purchase over a period of time while the retailer gets paid in full right away. The London-based company has just closed a € 2.2 million seed round led by Mangrove Capital Partners – an early investor in Skype -, and London venture capital firm DN Capital. The seed round includes € 1.1 million initially raised in VC and angel money.

Divido is paperless solution that works in stores, online and even over the phone. It supports all major e-commerce platforms including Shopify, Magneto and WordPress. Divido operates as a proprietary marketplace of multiple sources of finance. This ensures higher approval rates, lower fees and the broadest possible range of finance options, including no interest fee for consumers and commissions to retailers. Divido can currently facilitate € 590 million in finance per year and up to € 29,000 for each individual transaction. It simply charges an initial set up fee, as well as a monthly fee and the cost of the finance provided.

CEO and co-founder Christer Holloman: “When surveyed, 77% of retail customers said they would not have made their purchase if it wasn’t for the fact that Divido was offered.”

He launched the company in September 2015 in UK together with London-based Swedes – Anders Hallsten, who previously built e-commerce solutions for brands like Range Rover, and Fredrik Borgquist, previously IT director at RBS. Christer Holloman himself previously launched the $1bn startup Glassdoor.com in EMEA.

Divido’s rapid growth has been fuelled by record low interest rates. The Divido solution is already being used by over 100 retailers, brands and manufacturers.

The fintech startup was recently awarded with € 238 k grant from the government’s innovation agency Innovate UK for the way it has introduced transparency and competition for the first time in the traditional point of sale consumer finance market. 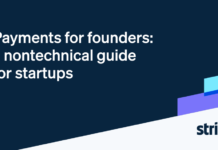 Payments for founders: The nontechnical guide for startups (Sponsored) 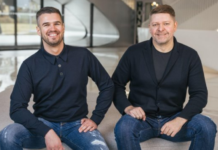