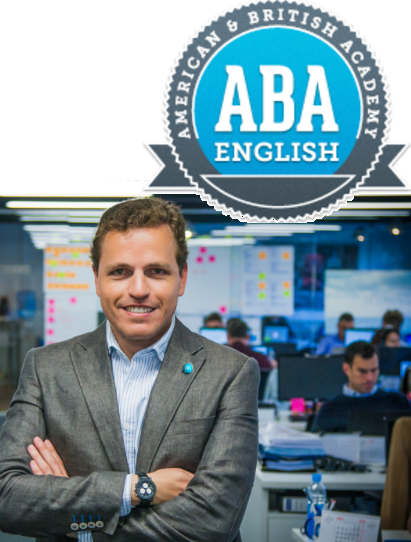 ABA English, the online English language academy with over 10 million users worldwide, has raised $12 million in growth capital in a round led by Kennet Partners. Existing investor Nauta Capital also participated in this second round of financing.

The Barcelona-based startup was founded in 2013. This new funding will allow ABA English to further develop its unique and award-winning methodology for teaching English, based on the use of film-quality videos specifically developed to enhance the student experience and encourage engagement.

Currently available in over 170 countries, among them key territories such as Brazil, France, Italy, Mexico, Russia and Spain, ABA English plans to continue its international expansion, particularly in new markets such as China and Turkey. The young company also intends to develop its language learning method to encompass business-oriented areas, offering employees the opportunity and tools to improve their English speaking skills in a commercial context.

Javier Figarola, CEO and co-founder of ABA English, commented: “We aim to improve people’s lives by helping them to communicate in English, a language that unlocks all kinds of opportunities that can transform an individual’s future. Kennet’s investment will take us to the next level, not only by encouraging consumers to learn English but also by helping us to become the key training partner for organizations around the world. It will also allow ABA English to maintain its commitment to make learning English as accessible as possible to everyone through excellent mobile and web learning content.”

Hillel Zidel, Managing Director at London based Kennet Partners, who will join the Board at ABA, added: “We have been extremely impressed with the way in which ABA English has been able to grow rapidly despite limited capital resources. Its core users are strongly engaged with the platform, a testament to the quality of ABA’s product and the tangible benefits that learning English brings to its customers.”

Another important investor of ABA English is Iñaki Ecenarro, former founder and CEO of Trovit, the virtual search engine for classified ads, sold to NEXT Co in 2014 for $90 million. Iñaki will also join ABA as an independent board member.