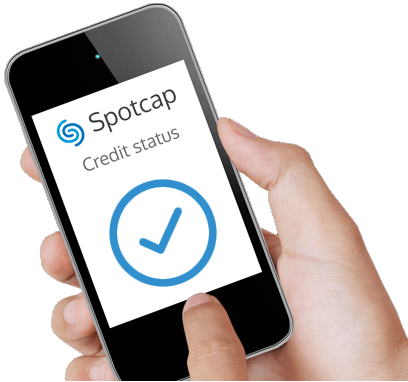 Spotcap enables small business owners to grow their business by providing fast and flexible financing. The financial technology company has developed a sophisticated and dynamic decision process, assessing the real-time performance of businesses to grant short term credit lines and loans. Spotcap is headquartered in Berlin with local offices in Madrid, Amsterdam, and Sydney. In its first year the company expanded its team to 65 employees. Over the past 12 months, Spotcap has been able to offer average interest rates between 1 and 1.5% to its clients. The company’s interest rates start at 0.5% per month.

While loans for big businesses have increased since the financial crisis, loans for small and medium-sized businesses have dropped significantly. Small business owners in particular often struggle to secure funding from traditional financial institutions.

Toby Triebel, the Spotcap CEO who we interviewed two month ago, stated: “Our rapid growth in Spain, the Netherlands and Australia reflects that small businesses are increasingly turning to alternative financing providers. The small business financing landscape is changing continuously and we’re delighted to be at its forefront. Since our launch in September 2014 in Spain, Spotcap has shown monthly double-digit growth rates,”.

In its second year of business, Spotcap aims to continue its global expansion into new markets, expand its product offering and approach its goal of becoming a global leader for short-term online business loans. The market opportunity for alternative finance providers like Spotcap is significant. According to the European Alternative Finance Benchmarking Report, the European alternative finance market as a whole grew by 144% – from 1,211 million euros in 2013, to 2,957 million euros in 2014.

Ieva Treija
Ieva Treija has joined EU-Startups.com in August 2015. She has two passions: marketing and startups. Background in journalism helps her to put both passions together and come up with exciting stories for the readers. Ieva lives in in Riga (Latvia).
RELATED ARTICLES
Know-How

“Our fintech community has come together to fight against COVID-19”: Interview with Head of Fintech District, Alessandro

“We are about to observe a new generation of fintechs”: Interview with Evarvest CEO Stephanie

Open banking, and what it means for European fintechs and consumers – Part 1

Join the Blockchain Startups Summit on November 15 and apply now for our big pitch competition!

RECASHER: the digitalization of loyalty programmes