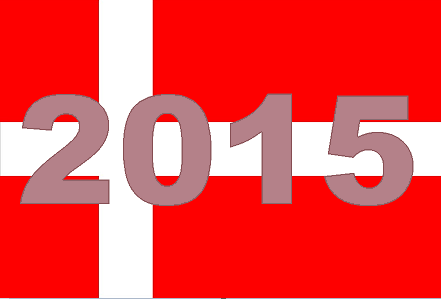 Over the last decade there were Zendesk, Tradeshift, Podio and many more successful startups that started out in Denmark. In the beginning of this year, we took a look at the Danish startup scene and tried to come up with a list of 5 promising tech companies to watch in 2015. It has been very hard to narrow this list down, but we’ve decided to go with just 5 startups out of different sectors. All of them entered the market within the last two years and each of the listed startups has something special to add to the digital economy in 2015.

1. AIRTTAME: Founded in 2013, AIRTAME is a wireless HDMI dongle that enables users to display whatever they see on their mobile phone, tablet, Laptop or PC on their TVs, monitors and projectors. Plug AIRTAME into any TV, projector or monitor, power it up through USB and wirelessly stream your computer screen. Nothing is plugged into the computer as AIRTAME utilises the wifi network to work with the dongle. The software is capable of using different encoding options and changes these parameters, based on what you are using AIRTAME for. The young company is headquartered in Copenhagen and secured $1.26 million through crowdfunding and $1.4 million funding from the Danish VC Seed Capital.

2. AllUnite: Officially launched in January 2014, AllUnite provides free Wi-Fi in commercial locations, such as supermarkets, shops and restaurants, in exchange for advertising space on customers’ mobile devices. Located at the base of the devices’ web browsers, AllUnite’s advertising space allows businesses to offer personalised and relevant adverts to current and potential customers within a physical proximity to the store. AllUnite is designed to accommodate the increasing need of retailers to collect shop floor data, allowing them to record the proportion of customers that are returning rather than new customers; the average time a customer spends in store, as well as profiles of customers (gender, age, etc.). In November 2014, the Copenhagen-based startup secured €3 million in a Series A funding round led by Northzone and Coop.

3. Templafy: A Copenhagen-based startup which simplifies the process of managing and sharing business templates in organizations. The mission of Templafy is to make it easy for regular employees to create on-brand, legally compliant and personalized business documents regardless of location, office platform and device. Templafy is the world’s first platform and device independent template management system. It’s fast to onboard, easy to use and simple to manage. Founded in the end of 2013, Templafy secured $2.5 million in June of last year by Sunstone Capital and Seed Capital

4. shipbeat: The simple shipping API built for the ecommerce world. Shipbeat, which started in 2014, is a unified and developer-friendly API for shipping that instantly enables businesses to do shipments online. The Copenhagen-based startup offer multi-carrier management for e-commerce companies via a simple shipping API. shipbeat enables you to get all your carriers rolled into a single shipping integration. The shipbeat API has been designed to automate shipping and improve shopping for your customers. In August of 2014, the promising startup secured €1.2 million by Sunstone Capital, Seed Capital and angel investor Klaus Nyengaard.

5. Linkfire: One link to serve them all; that’s Linkfire’s aim – to reach all music fans, no matter their music consumption preferences. The Copenhagen-based startup connects artists, albums, tracks and playlists with consumers across multiple devices and numerous access and ownership platforms. This way, Linkfire enables smart marketing for the music industry. As an example: It doesn’t make sense to push out an iTunes link to a Spotify-user. Yet these kind of marketing mistakes are made daily and that’s basically what Linkfire is going to change for its clients. Launched in 2014, Linkfire so far secured about $120K in seed funding.