Unity Technologies, creator of the Unity multiplatform engine and development tools, today announced it will acquire the Helsinki-based company Applifier – a large mobile game service provider. Applifier was founded in 2008 as a cross-promotion network for social games and applications. The acquisition will see Everyplay, the pioneering game replay sharing and community service of Applifier, integrated into the Unity development platform. The GameAds video advertising network will complement the free cross-promotion network currently in development for Unity Cloud. The financial details of the acquisition have not been disclosed yet.

Everyplay, created to let players express themselves with game replay sharing, provides developers with a unique way to acquire new players and increase retention for free. The service gives players the possibility to easily record, share and discuss extraordinary moments from their gameplay sessions leading to authentic virality with the players’ friends and the broader audience of involved gamers. Everyplay boasts a global community of over 6 million registered mobile players and is now growing by over 1 million new users each month with millions of shared replays from hundreds of integrated games on iOS and Android. The social game replay service will get integrated into Unity for effortless activation of features. Everyplay will continue to offer its SDKs outside of Unity products and enthusiastically welcomes any developer interested in using Everyplay with their games.

The acquisition also brings GameAds, a broadly adopted video ad network, to Unity. The service is used by leading game publishers to find engaged new users and to monetize non-paying users with video ads. The GameAds video ad network and Everyplay gaming community will work side by side with Unity Cloud and its upcoming cross-promotion network. Together the three services will provide mobile game developers with multiple methods to grow their customer base.

“The challenge for today’s developers doesn’t end with releasing awesome games – they also need to attract and retain legions of true fans,” stated Jussi Laakkonen, CEO, Applifier. “We are thrilled to join forces with Unity and, with the help of the incredible Unity community, overcome these important challenges together.” 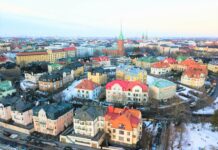 10 promising startups from freezing Finland to watch in 2021