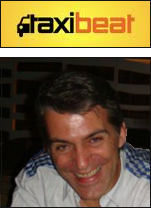 We recently had the chance to interview Nick Drandakis – the co-founder of Taxibeat. The Athens based company was started in the beginning of this year by Nick Drandakis and Nick Damilakis, while Kostis Sakkas is also a member of the initial development team. Taxibeat aims to revolutionize the taxi industry in cities around the world. The young company enables taxi drivers to advertise their location and availability to nearby passengers who are searching for a taxi using their smartphone. The promising Greek startup received seed funding (March, 2011) from  Openfund – a Seed Investment Fund based in Athens.

EU-Startups.com: When have you had the idea for Taxibeat and what made you sure it was the right one?

Nick Drandakis: It was a year ago when I couldn’t find a taxi after a dinner at a restaurant with my friends. While looking at my iPhone map, my friend told me: “Wouldn’t it be great if you could also see the drivers’ position on the same map?”.

That was it. We started researching if it was technically viable to create such a service in the users’ iphone maps. It was. We started with a prototype while adding more information on what the user could see: driver’s name, image, car model, etc. Finally, we decided to give customers who find and call a taxi with our service, the option to rate the selected driver.

We talked with many taxi drivers about our idea. They told us it makes sense. They, too, needed an extra source of revenue without abandoning all others they previously used. Also we talked with friends, tested the idea, and always had the same feedback: they’d love to be able to locate nearby taxis using their smartphones, but most importantly, they would love the idea to rate their drivers after the fare.

EU-Startups.com: How did you finance the startup-phase of Taxibeat and who invested?

Nick Drandakis: In December 2010 we applied at the Openfund, a seed investment group based in Athens, focusing on technology companies. We were accepted and immediately started building our iPhone app, along with the web services that support this operation. We also started building our fleet of taxis. We hit the road distributing leaflets to taxi drivers, spent with them endless hours, and helped most of them acquire the proper smartphone in order to install our app for drivers.

EU-Startups.com: What makes Taxibeat unique or better as other taxi apps out there?

Nick Drandakis: There are two types of competitors right now for Taxibeat:
1. Apps that act as a middle layer between passengers and traditional taxi companies. These apps don’t disrupt the market, but rather create a digital/mobile arm to the industry’s existing business model.
2. Companies that create a fleet of taxis, directly connecting passengers with taxi drivers and eliminating middlemen.

There are only a couple of companies in Europe operating in the latter business model, while you can find many more in the first category. Compared to these solutions, Taxibeat is unique in that, it creates a marketplace giving passengers the power of choice.

A passenger can see all nearby available taxis, along with all kinds of information about each driver: distance, name, car model, rating from previous users, languages spoken, accepting credit cards, etc. With all this information at hand, a passenger can select and hail the driver he prefers.

No competing solution provides this option right now, rather they select and dispatch the closest available taxi to the customer.

This makes for a completely different business model, since we’re creating an open market with independent taxi professionals and passengers who interact in a real time marketplace, with two-way feedback mechanisms (drivers rate passengers as well). Passengers force taxi drivers to improve their service offering by having the power of choice.

EU-Startups.com: What were the main stumbling blocks during the development of Taxibeat and within the first months after the launch?

Nick Drandakis: Taxibeat was received with a great deal of enthusiasm among drivers and passengers after its Athens launch. The main issue we faced however, is how to change the users’ everyday habits – that is, how to be the default answer to the “how do I find a taxi now?” question. It’s one thing to create an easy to use service that solves a real problem, but another to change an existing habit of doing something in a specific way for decades.

We’re doing great on this front, and excited on the results of this effort.

EU-Startups.com: Why did you choose Athens for the initial launch of Taxibeat and what are the next cities you are going to enter in the near future?

Nick Drandakis: Athens is the city we’ve grown and living at, so we know it very well and had an advantage in both creating a taxi fleet fast, and spreading the word about our service using the local social media.

Athens is also a big taxi market: with 15.000 taxis (22.000 taxi shifts), 6 million residents and more than 350.000 rides per day, it makes for a very interesting market in terms of size. It also has a very good penetration of smartphone usage (especially iPhone) among city’s residents.

As a next step, we are planing to enter all major south European cities (Spain, Italy, France), since their local industry has many similarities to Athens in the way it operates and the problems it faces.

EU-Startups.com: Taxibeat is already available as iPhone and Android app. Are you planning to launch Taxibeat also for other devices like Blackberry, Windows Phone 7 and Symbian?

Nick Drandakis: We’re close to launch our web based app which will allow us to attract a wider audience. A Windows Phone 7 app is also under consideration.

EU-Startups.com: Right now, the Taxibeat app is completely free for taxi users. How are you going to monetize this service community in the short and long term?

Nick Drandakis: Right now, Taxibeat charges taxi drivers 0,5 Euro for each fare they earn from our service. We are planing to add new services to our basic offering which will add more revenue coming from the drivers side. Our model is that, if we manage to become a great source of revenue for a professional, we can justify a cut from the income we generate for her.

EU-Startups.com: Where do you like to see your business (Taxibeat) in about 1 or 2 years?

Nick Drandakis: We want Taxibeat to become the default way a passenger perceives the taxi experience. In this context, whenever someone travels across Europe or -why not- around the world, we want Taxibeat to be the standard way he uses a taxi. We want to build taxi fleets in as many cities as possible, and be the global standard when it comes to commuting in a city using a private driver.

We have a model that scales easily both from the passenger and the driver side, and we believe we have an advantage in achieving this goal.

EU-Startups.com: Taxibeat is incorporated in London and headquartered in Athens right now, right? How is your experience with Athens as a location to start a company?

Nick Drandakis: Taxibeat, similar to other Openfund companies, is incorporated in the UK for reasons that mostly have to do with a flexible legal framework and lower set-up costs, as it was suggested by the fund. With regards to Athens, we were happy to take advantage of our strong local connections and a vibrant tech community that thrives due to untapped talent (see opencoffee.gras an example) and a strong will to support new companies become successful. 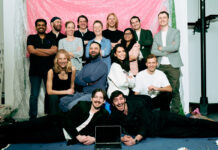 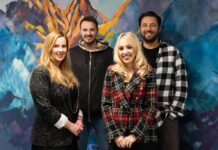 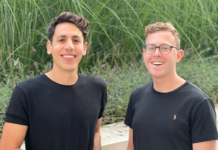 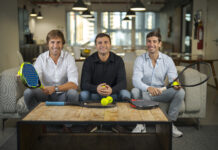 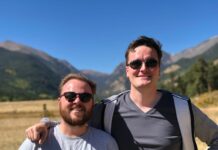