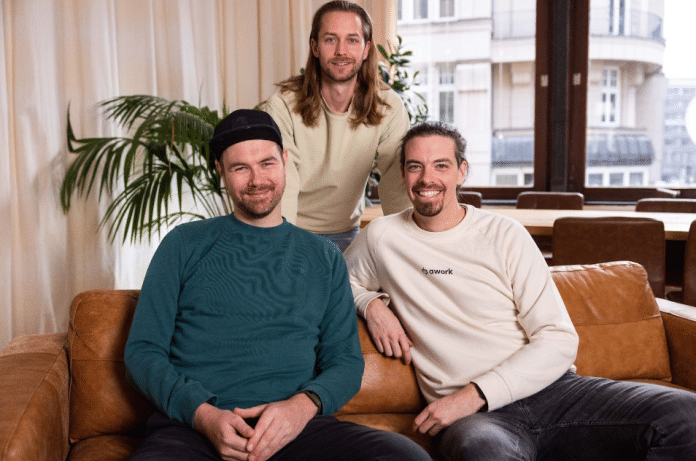 SaaS startup awork has just raised €5 million as it steps up its mission to make team collaboration for remote, hybrid and digital teams more streamlined and enjoyable. The Hamburg-based team is tapping into a growing industry and now plans to expand.

In 2023 hybrid forms of work are now the norm rather than the exception – and the flexible style of working is certainly going to be the future. Employees are now requesting this as standard in their job searches and companies are increasingly amenable to this style of work that allows for better work-life balances.

Hybrid working has also been proven to be better for business outcomes and productivity – so it’s really a win-win. The big challenge, though, is making sure that teams can work together collaboratively and can access the right software infrastructure to meet these changing requirements. Awork, a startup born in Hamburg, think that they have a solution that will cater to this new generation of teamwork and keep pace with the quickly evolving world of work. The startup has now raised new funding as it prepared to tap into this growing market.

Tobias Hagenau, CEO and Co-Founder: “The funding round comes at a key moment – not only in our development at awork, but also in the development of the world of work. The new-work revolution is everywhere and teams finally want to collaborate happily digitally. I think we’re on the right track to turn the entire work management landscape upside down.”

Founded in 2019 by Nils Czernig, Lucas Bauche and Tobias Hagenau, awork has been developed with a vision of helping teams work better and happier together in the digital world. The market for software tools that improve workplace connectivity for hybrid and digital teams is expected to grow to an estimated $9.81 billion over the next five years – giving awork an immense market potential to seize.

Wolfgang Krause, Partner at Hi Inov-Dentressangle: “awork has developed a smart tool that contributes significantly to solving fundamental problems in digital collaboration. In the next few years, the work management tools market is expected to grow tremendously. However, many providers fail to meet the requirements of the modern working world. awork is growing where teams will be looking for tools in the future, and thus much faster than the rest of the industry. We have recognized this potential and look forward to driving further growth together.”

The digital workplace tool can be used by customers across a range of industries and represents a European solution that is DSGVO compliant to existing tools like asana or Trello.

The Hamburg-born tool is picking up traction already – currently counting 2,200 corporate customers, including thjnk, fischerAppelt, Ströer and EnBW and over 17k users. With this new investment, the team plans to expand its headcount and is aiming to double the number of users by 2024.

Wolfgang Krause: “We see awork as the leading tool for the modern working world in Germany, Austria and Switzerland and want to accompany them on their way to becoming number 1 in the DACH region.”