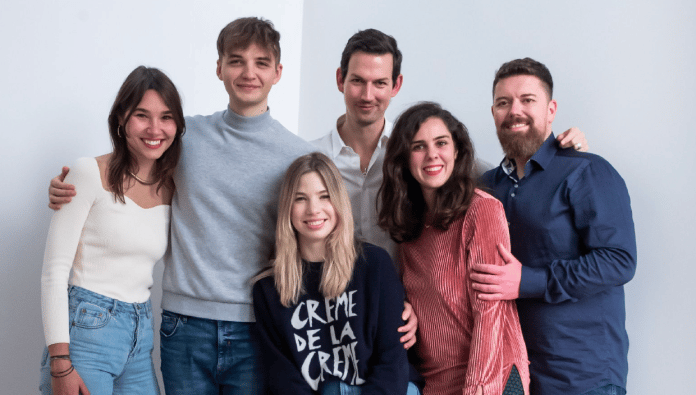 London-based startup Emperia has just raised over €9 million to reimagine the ecommerce space. The young team is aiming to bring retail into the metaverse, giving merchants the tech to build virtual stores.

Ecommerce has swiftly taken the world by storm. In a relatively short amount of time, shopping online has become the norm and merchants of all sizes, types and locations now leverage a digital presence. As consumers, we turned to ecommerce pretty quickly and now generations are familiar with the process. But, it might be about to enter a new era – the metaverse.

London-based Emperia is on a mission to push forward the boundaries of ecommerce and accelerate the adoption of ‘metaverse ecommerce’. The startup, launched by fashion and retail expert Olga Dogadkina and VR innovation expert Simonas Holcmann in 2019, has just bagged new funding and is set to expand.

Emperia has developed a platform which powers the creation of immersive virtual experiences for brands across multiple retail sectors. The idea is to bring together the best of both worlds – harnessing the accessibility of ecommerce with the impact of in-person retail. To do this, the startup gives merchants the tech and visual infrastructure they need to build and manage powerful virtual stores.

Olga Dogadkina, CEO and co-founder at Emperia: “While working in fashion, it became clear to me that e-commerce was the future, but 2D websites were merely a tool that enabled an online purchase, but were lacking the customer journey and story-telling that brands are after. The solution was to  bridge that gap, with the aim of making virtual experiences into the future of brands’ long-term e-commerce strategy.”

These virtual spaces enhance omnichannel retail strategies by creating new digital touchpoints that drive engagement and increase sales. The innovative startup reports it has driven conversion rates for its brand partners by an average of 73% (vs. regular e-commerce websites) since its inception in 2019, with an average ROI of 750%.

Olga Dogadkina: “We are strong believers in data-reliance and as such all our virtual experiences are developed incorporating analytics, which is reflected in layout, design, user experience and merchandise placement. Crucially, we’re doing this in a way that has a demonstrable impact on sales, traffic, engagement and brand perception. I’m confident that the pool of participating investors in this round, from both the U.S and Europe, will make for a great network of advisors as Emperia continues its global expansion, pioneering e-commerce’s next generation. I’m looking forward to delivering an even more impactful experience for our brand partners.”

The London and New York-based team has so far partnered with globally-renowned retail brands such as Bloomingdales, Dior, Sunglass Hut and Lacoste. The power of the metaverse is attracting customers of all sizes and markets, and Emperia wants to bring that to retail, transforming the future of shopping for the digital-native generation.

With this new funding, the young company plan to grow the team, develop its virtual store SaaS platform and deepen the capabilities of the data suite that powers it. This will help accelerate Emperia’s global market reach and position itself as a leading figure in this emerging market.

Luci Fonseca of Base10 Partners: “When we met Olga and Simon, we were absolutely stunned by the high-quality team they had already built and the business’ early traction. The more we spoke to customers, the more we saw that Emperia is on the edge of a global revolution on how consumers interact with retailers and brands. One way to think about Emperia is through the lens of ‘web 2.5’—it is a device-agnostic bridge for brands to engage with a new generation of consumers while driving real commerce. Emperia is pioneering the development of virtual store creation and maintenance, and we’re excited to be partnering with a team that is truly building for the future of e-commerce.”