Corporate and startup collaboration: How Closing the Loop and Vodafone are tackling e-waste 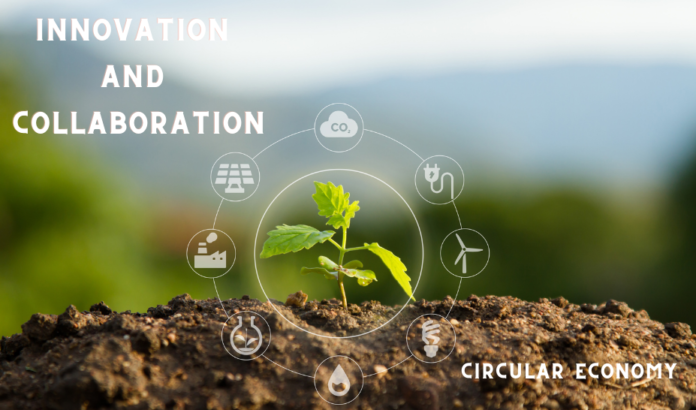 Making the world greener and making society more sustainable requires collective action. We each play a part, but we each play a part in a wider puzzle. One way that better practices are being achieved is through collaborations between multinational corporations and innovators. Taking this approach to tackling e-waste, Vodafone Germany is now working with Closing the Loop on a one-for-one initiative.

It’s been reported that in 2019, around 53.6 million tons of e-waste was generated worldwide. This is a staggering figure, that only hits harder when it’s further noted that this is a 21% increase over the past five years. And it doesn’t get better from there. It’s estimated that e-waste will double by 2050 as tech continues to be viewed as disposable.

E-waste is, therefore, one of the fastest-growing streams of waste the world currently faces and it poses a major threat to both people and the environment.

Mobile phones and thrown-away electronic devices tend to end up in landfills, disproportionately in developing countries, rather than in recycling centres. As a result, toxins and pollutants are released into the local environment, contaminating nearby citizens, oceans, and our planet as a whole. It’s simply not sustainable and something needs to be done about it.

While e-waste is piling up, not only is it polluting environments, but it’s also wasting valuable raw materials, such as gold, silver, palladium and cobalt which are found in the devices and can be recovered during recycling processes.

In tackling waste in society, there have been a few approaches that are leading the way forward. One of the stand-out approaches is to pioneer the transition to a circular economy. This refers to using materials and goods in a loop, rather than simply casting away what can still be valuable. It’s about recycling and being creative rather than wasteful. But how can a circular economy be created?

One such approach is through collaboration. Startups across Europe are leading the green transition, fueling new innovations to make the continent more sustainable and to promote green tech across the board. Connecting startup innovation and dynamism with the power and clout of multinationals is proving a fruitful way forward in the transition to a circular economy. It gives the innovators the needed scope and capital to make an impact. Vodafone and Closing the Loop have just announced a partnership that illustrates how this can be the way of the future.

With the unique one-for-one promise, the digitization group Vodafone Germany has committed to a responsibility that for every mobile phone sold to private customers, they will bring an old mobile phone back into the cycle. This will be done in collaboration with Closing the Loop, a Dutch startup offering certified e-waste compensation.

This will mean that mobile phones, often discarded in landfills in countries without recycling structures, will be professionally recycled every year. The two companies expect to compensate at least one million new devices per year, which means that also at least one million end-of-life devices will be collected in African countries. Vodafone will also ensure that in Germany smartphones will have a longer life cycle and join a closed cycle through optimized repair, re-trade and recycling services.

As a leading mobile communications provider, Vodafone provides its customers with the latest mobile communications technologies and devices – but this doesn’t have to come at the expense of the environment and society. With the One for One initiative, the Düsseldorf-based group ensures that for every mobile phone sold to private customers, one is also recycled – with e-waste compensation. This service will be performed by Closing the Loop, starting June 2022.

Andreas Laukenmann, Managing Director of Private Customers at Vodafone Germany, explained: “We are declaring war on e-waste and taking our responsibility to close the mobile phone cycle seriously. With the unique One for One promise, we contribute to more sustainable mobile communications. Not only with green networks, which we operate exclusively with green electricity but also in terms of the circular economy. Through certified recycling of cell phones from developing countries, we want to recover over a million cell phones every year. This is a good start to establishing a new understanding of e-waste: among end customers and providers. For every electrical device that is sold, one has to go back into the cycle.”

Founded in 2012, Closing the Loop is a Dutch company operating in 9 countries providing world-leading green procurement services for electronics. The certified e-waste compensation service supports companies in their sustainability efforts, to increase their economic potential and achieve important KPIs. E-waste compensation enables the proper collection and professional recycling of e-waste in emerging countries. As a result, it’s a business model for reducing the world’s fastest-growing waste stream.

Closing the Loops e-waste compensation service meets the strict requirements as an approved collector for e-waste compensation in TCO Certified, assured by KPMG and the entire supply chain is made transparent and auditable through a supply tool called Chainpoint. The service is supported by numerous NGOs as well as the Dutch government, GIZ and the Öko-Institut.

Working with Vodafone, Closing the Loop collects old mobile phones in countries without recycling infrastructure for Vodafone and ensures they are brought back into the life cycle. It means that the collected mobile phones do not end up in landfills, where incineration results in substances such as lead, mercury, cadmium and arsenic poisoning people and the environment, but instead are professionally recycled. Further, valuable raw materials and rare earths such as gold, silver, copper and cobalt are put back into circulation and do not have to be mined, preventing social and ecological costs.

From a societal standpoint, there are notable benefits as well. Closing the Loop pays for the old phones, creating jobs and income in socially disadvantaged regions. Currently, mobile phones are mostly collected in Ghana, Nigeria and Cameroon.

Joost de Kluijver, Managing Director and founder of Closing the Loop, commented: “Our service for e-waste compensation offers a starting point towards greener tech. We help customers consume their devices in a way that better aligns with their values, for example in Germany. At the same time, the service fights an increasing acute danger to people and the environment. We prevent electronic waste challenges before they arise: through recycling instead of dumping the waste. In this way, valuable resources can be reused, income is created in Africa and our customers can get started on making the use of electronics greener.”

Looking at the figures, it’s reported that the collection and recycling of mobile phones from developing countries reduces CO2 emissions by more than 1000 g per device. Through the Vodafone compensation of more than one million mobile phones, the CO2 emissions are reduced by at least 1000 tons annually.

At the moment, the collected devices are shipped back to Europe for recycling, however, CLosing the Loop is supporting the construction of recycling capacities directly in developing countries. The funding created by compensating at least one million mobile phones per year with Vodafone will greatly speed up that process. In the future, this will avoid the shipping of e-waste and create more jobs and income in developing countries.

While tackling e-waste isn’t new to the green agenda and the narrative surrounding sustainability, this initiative formed on a basis of collaboration is a positive milestone in terms of actionable processes being put in place. It represents a concrete example of how change can be made and how society can become greener, more circular, and ultimately, more sustainable.