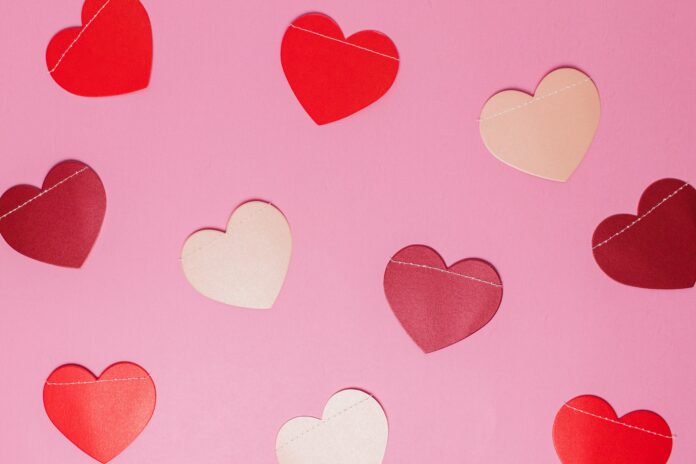 Over the past couple of years, the dating world has had a bit of a change-up – dating has gone digital. This year, there’s good news for those wanting to find love as European governments are starting to partially if not totally abolish pandemic-related restrictions – it means you can meet up with the person you’ve been chatting with online.

The ever-growing online dating app economy is projected to grow at a rate of 9.26% to reach €3.9 million ($4.5 million) by 2027 – there are plenty of dating apps to go around, it’s not only Tindr and Bumble these days. So, let us help you find your next match through the use of technology.

Jigsaw is hailed as the “anti-superficial” dating app. Jigsaw’s unique concept stems from the way it anonymizes the people on its app. Jigsaw covers the faces with a “16-piece digital jigsaw puzzle” that gets revealed the more people talk to each other on the app. Jigsaw aims to address the user dissatisfaction around the shallowness of dating chatter by building chemistry through good old meaningful conversations. Founded in 2019 in Manchester by a couple of friends Alex Durrant (co-founder and CEO) and Max Adamski (co-founder and CPO), Jigsaw scored €3.2 million ($3.7 million) in February 2021 in a seed funding round led by generation company for online dating companies, called The Relationship Corp.

Once’s “slow” dating model focuses on the quality of matches rather than competing for each user’s attention. Founded in 2015, in Switzerland, Once AI algorithms provide just one match per day per user. Each pair is given 24 hours of each other’s attention and can continue chatting if they “like” each other. The AI looks at account info, dating preferences and previous history to find the best possible match. Users can also rate each profile to enable the AI better understand their taste. With this anti “swiping burn-out” approach, Once registered over 10 million users when in January 2021, Dating Group, one of the largest companies in the dating industry with 73 million registered users across its portfolio, acquired it in a €14.9 million deal.

Thursday’s tagline says, “One day, you’ll meet”. And it is precisely what it does – the app is live only one day a week: every Thursday. This means you can only match and chat with potential love interests once a week. Thursday aims to limit how dating apps can take up so much of your time. Founded in 2018, in London, Thursday is like other dating apps in that it is like-based, users build their profiles to attract potential matches and wait for Thursday to roll around and start connecting and chatting. In June 2021, Thursday secured a seed investment of €3 million (~$3.5 million) from Ascension Ventures, Best Nights VC (previously M-Venture) the investment arm of Jägermeister, Connect Ventures, plus early backers of CityMapper, TypeForm and FIIT (processed via SeedLegals).

Muzmatch is an online dating app and website that connects users of the Islamic faith looking for marriage partners. Launched in 2015 in London by Shahzad Younas, Muzmatch catapulted into prominence when, in 2017, it entered the global competition to win backing from the prestigious Silicon Valley investment firm Y Combinator. Muzmatch received €1.5 million ($1.75 million) one of 100 start-ups that got backing in 2017. Continuing on its mission of becoming the world’s biggest community for Muslim singles to find perfect partners, by 2019 Muzmatch registered 1.5 million users of its app across 210 countries. In July 2019, Muzmatch received  €6.1 million ($7 million) in Series A funding jointly led by U.S. hedge fund Luxor Capital and Silicon Valley accelerator Y Combinator.

Bare is a London-based dating app and was founded in 2019. It calls itself the “safest dating app” with an AI-powered digital identity platform with safety features and online verification process. The app also features a blurring technology that gives control to users on how much they want to share. In August 2019, Bare completed a Seedrs crowdfunding campaign generating €437K ($500K), achieving 172 per cent more than its fundraising target that was raised in three days.

happn is a Paris-based dating app and has been around since 2014. It is the first 100% mobile, geo-localized, real-time dating app. Happn helps you connect with people you have crossed paths with in real life. As of January 2021, happn reached a significant milestone of 100 million users on its platform with 4.9 million messages sent and received per day and attracting 1.5 million users monthly. Since its foundation in 2014, happn has raised a total of €19.2 million  ($22 million), with an undisclosed latest round secured last October 2019.

Breeze sets out to differentiate itself from other dating apps being “the online dating app for offline dates”. What Breeze does is to every day send users two profiles selected by its algorithm. Users can then choose if they’d like to go for a drink with either of the profiles sent. If there’s a match, users give their availability and it’s Breeze who will organize the meeting. Founded in Delft in the Netherlands, in 2019, Breeze’s goal is for people to spend less time swiping on their phones and more time in real dating.

Meet5 was previously known as Go Crush when it launched in Frankfurt, in 2017, Meet5 is a dating app that lets users meet in groups. As the name suggests, you meet 5 people via the app and join them for group activities – anything from eating out, bowling, hiking, etc. The goal of Meet5 is to reduce the awkwardness of first meetings and let users discover and connect with people in a more relaxed manner.

So Syncd is a London-based dating app that was founded in February 2021 by sisters Jessica and Louella Alderson. So Syncd calls itself “the personality type dating app” owing to the fact that its matching algorithm is based on the Myers-Briggs personality types. The Myers & Briggs Type Indicator (MBTI) is an introspective self-report questionnaire indicating differing psychological preferences in how people perceive the world and make decisions that is widely used in the corporate world for career development, conflict resolution and many others. In April 2021, So Syncd secured €827K ($1 million) in a seed funding round led by Upscalers investment club along with participation from KM Capital, a US VC firm, and a number of angel investors.

Relate is a dating and relationship builder group of apps that helps new users find new love or strengthen an existing relationship. Founded in Sweden, in 2018, Relate calls it itself a “Relationship Company” through its two product offerings: Relate Date for meeting someone with similar values and Relate Boost for developing an existing relationship using scientific exercises. Since its foundation, Relate has raised a total of €1.4million ($1.6 million) in two rounds, with the latest round secured last December 2020.