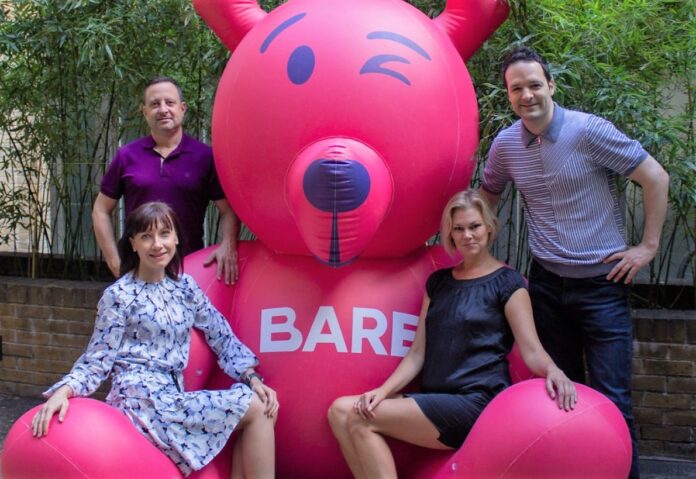 A new dating app BARE has just completed a successful Seedrs campaign, crowdfunding around €456K. Public demand for a new type of ‘judgment-free’ dating community has backed the app, which empowers some users to reveal as much or as little to matches as they want. BARE’s safe and inclusive platform has achieved 172% of its fundraising target, with 100% raised in just three days.

Founded in 2019, BARE soft-launched this summer and has secured over 11,000 downloads to date. BARE describes itself as providing a safe space with true liberation from judgement that advocates for honesty, whilst experimenting with their romantic and sexual selves. Its values of honesty and safe inclusive fun draw in a new audience and empower users, especially in an era when lives are constantly digitally on display.

Alex Sergent, CEO and Co-founder of BARE, said: “The Seedrs campaign has proven to us that we are giving the dating industry what it wants. An app that loosely caters for anyone and everyone isn’t enough anymore, people are desperately searching for their own place in society where they can fit in and find others with the same mindset. To be 172% crowdfunded throughout our first raise clearly proves that we aren’t the only ones who crave this.”

Apps have changed the direction of the dating industry in recent years and were revolutionary at the time, offering users a way to connect digitally, bringing matches to users at the touch of a button. Today, the traditional dating apps are slipping back and becoming less active with Scott Harvey, editor of Global Dating Insights asserting that, “those working in the sector are highly aware that many consumers are no longer completely enamoured by apps like Tinder and Bumble.”

With a voice note feature on matches, a sliding blur bar on photographs, and a community of openness, BARE is unique in its approach. It also offers pioneering ID verification technology on sign up to reduce ‘catfishing’.

Alex Sergent continued: “There is a common need to experience something new and find comfort in a safe space without shame or judgement, and bringing BARE into the world of dating will transform the way we all connect.”

Share
Facebook
Twitter
WhatsApp
Linkedin
Previous article
10 Paris-based startups to have your eye on in 2021 and beyond
Next article
Vienna-based Coinpanion secures €1.8 million for its digital crypto manager