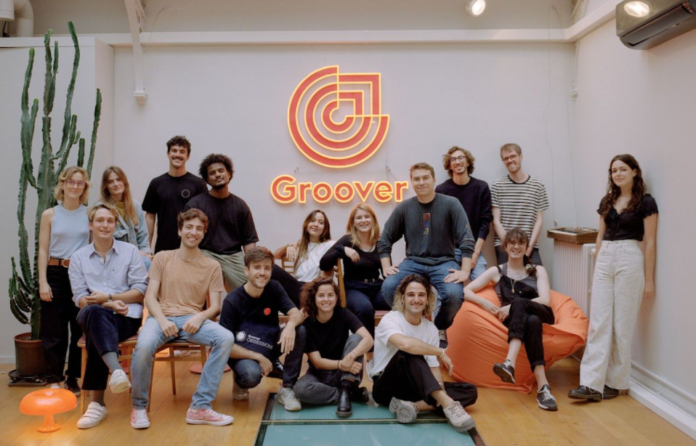 The Paris-based startup Groover today announced a €6 million funding round co-led by Partech and Bpifrance. This is in combination with the startup’s previous financing round in 2019, brings their total funding to €7.5 million.

Founded in 2018 and launched in January 2019 by founders Romain Palmeiri, Dorian Perron and Rafael Cohen, Groover is on a mission to build a platform through which artists can send their tracks to music curators and professionals wishing to discover new talents.

The founders, all musicians themselves, have built a community of 70,000 independent musicians who subscribed to the platform across over 100 countries. As of November 2021, over 1 million tracks have received feedback from Groover’s vetted community of 1,500 music curators and professionals. As a result, the platform is helping music creators self-promote in what is an increasingly competitive and monopolised industry. More than 60,000 new songs are released every day on average on Spotify, and it is becoming increasingly difficult for new music creators to stand out from the crowd and gain visibility. Groover offers a way for budding musicians to gain traction with their craft, and is growing rapidly.

Groover is already present across the USA, Canada, Italy, Brazil, UK and Germany but has  plans to grow and expand further. Romain Palmieri, the Co-founder and CEO of Groover stated: “Groover will soon open its first offices in the US, which is already the second largest country for us after France, as 25% of our user base is from North America.”

The funding led by Partech and Bpifrance will provide a great opportunity for Groover to hire the best talents in product, tech and business globally, and therefore contribute towards the goal of accelerating their development and presence internationally. The young company can already boast an organic growth rate of 75% and has a network over multiple continents. This proven success and their ‘worldwide ambition’ is what brought Partech to the funding table, explained Alison Imbert, Principle at the tech investment company.

In 2021, Groover launched Groover Obsessions – an accelerator programme for independent artists scouted as the most promising music creators on Groover – to further help them boost their careers and monetize their projects. The Groover Obsessions programme now boasts 50 up and coming artists, such as Alvin Chris discovered on TikTok, Canadian singer-songwriter thaïs, and Nashville-based Mcclendon. Using scoring algorithms and then subsequently gathering a pool of partners in addition to those already on the Groover platform (such as media outlets, funding sources, NFT monetization and distributors), Groover Obsession detects the best talents and helps them on their way to becoming independent music creators. Groover is then able to help artists overcome the challenges of setting out on their own and self-promoting.

Said Guillaume Simonaire, Senior Associate at Bpifrance, comments that the sizeable community of creators and curators as well as the technological base behind Groover Obsessions is allowing Groover to ‘consolidate their position as market leader’ and accelerate their international presence. This new funding secured represents a great opportunity for Grrover to establish itself as a global music promotion platform.