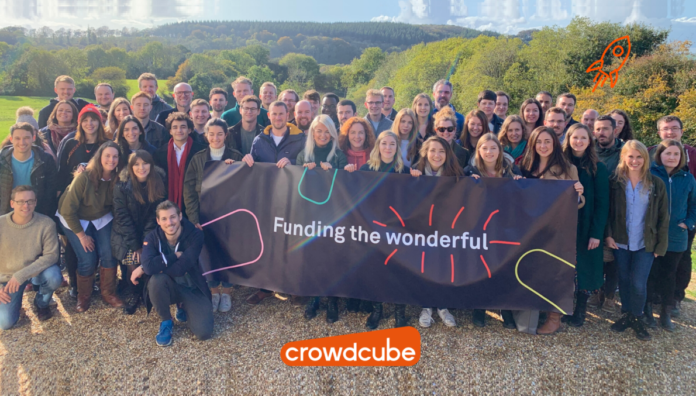 Crowdcube, founded in the UK in 2011, operates as a European marketplace for retail investment into private and public companies. They have today announced that they will be the first platform to operate under new EU regulations that will harmonise the existing patchwork of crowdfunding regulations across Europe.

Crowdcube enables entrepreneurs to raise finances with the benefit of being backed by their community and supporters. In turn, the platform provides a way for investors to hand-pick a stake in an innovative business they believe in that traditionally would have been restricted to professional investors. Since 2011, the company has funded over 1,130 deals, has over one million members, and has had a total of €1.4 billion invested on the platform.

The new regulation framework introduced today will unlock huge potential for capital raising that is led and shaped by retail investors to expand across all European markets. Companies in the UK and EU will now be able to raise up to €13 million from retail investors in a single offering of either primary or secondary shares (€8 million from UK investors and €5 million from European investors). In addition, the regulations will set a new legal framework for the day-to-day operations of crowdfunding platforms and strengthen protections for investors. This marks a positive phase in the European crowdfunding ecosytem.

CEO and Co-Founder of Crowdcube, Darren Westlake, said that: “This change in regulation in the EU has been a long time coming. We are delighted that this form of fundraising is now more readily available to founders and companies across Europe. We have a decade of knowledge and expertise in the UK, which we can now leverage fully in a much larger market, and are well-positioned to capitalise on the new regulations and help businesses engage with their customers and communities in Europe for the very first time.”

Having raised €1.2 billion for 1,130 UK and European businesses like Revolut, Cowboy, and Citymapper from a community of over 1.2 million retail investors, Crowdcube brings its experience and community-building to new markets across the continent.

Crowdcube will now be the first platform with pan-European and UK regulatory approval in the crowdfunding ecosystem, unlocking potential in the funding and investing space. This news comes in what has been an exciting year for equity crowdfunding. In March 2021, a planned merger between Crowdcube and Seedrs was terminated after a report from the CMA. Click here to read more about this story.