Diversity is a complex topic. It is not just about gender but also about age, sexual orientation, nationality, socioeconomic backgrounds, neurodiversity, and ethnicity. The Black Lives Matter and the recent Stop Asian Hate movements have shone a light on the systemic racism and exclusion of Black, Asian, Latin and people of colour (POC) in general from many opportunities readily available to their white counterparts – including representation in mainstream media and access to financial resources.

If we take a closer look at European tech, and in particular the access of Black-led startups to funding, Atomico’s 2020 The State of European Tech report’s Ethnicity Gap Data reveals that only 0.25% of venture capital (VC) funding went to Black-led startups, and only 38 Black founders received venture capital funding in the last 10 years. The report also uncovers the discrimination faced by founders – with the top four replies being gender, age, nationality, and ethnicity.

Is it about perception? Is it about systemic bias? Some are saying that it is about pipeline – that there are not enough black-led (or POC-led) startups. According to tech giant Google, this does not seem to be the case. In their recently launched Black Founders Fund, a $2 million initiative to provide cash awards of up to $100K to Black-led startups in Europe, they received as many as 800 applications from Black-led startups from 18 European countries.

With Juneteeth (19 June) falling over the weekend a couple of days ago, a day that celebrates and marks the end of slavery in the US, there is a specific opportunity to uplift Black voices and shine a light on Black-owned businesses. Of course there are more than 10, and it’s worth noting that this year the list features founders that we covered in funding round news, signalling that media representation could be starting to shift a little. With that said, here’s our list of 10 Black founders that you should know in 2021 and beyond:

Kenny Alegbe – Kenny Alegbe is the founder and CEO of HomeHero, a London-based native app which makes running homes easier. HomeHero acts as a home manager, turning a new house into a functional, comfortable home by taking care of all the bothersome household tasks and admin like signing new contracts, setting up bills and fixing appliances. Coming from a legal and finance background, Kenny worked in a global macro hedge fund before a painful and time-consuming personal experience of a property transaction led him to founding HomeHero. Kenny also mentors black founders citing that black founders often don’t have the same paths to knowing what is possible and might not know how to navigate an ecosystem or have experienced people around them (which his experience and network can provide). We interviewed Kenny last year about the growth of HomeHero and his experience of raising funds.

Noelly Michoux – Noelly Michoux’s road to founding 4.5.6 Skin, a French beauty tech startup catering to skin phototypes IV, V and VI otherwise known as melanin-rich skin, started early while she was growing up in Normandy in France. She realized early on that there were no skin products for her type of skin. She observed the same when she moved to Paris and even when she lived in the US, making her recognize the fact that the beauty industry – particularly skin care products – is dominated by products catering to the caucasian skin. Noelly traced the problem back to the laboratory, when products are developed and tested, where the focus is on caucasian skin. After an incubation at the LVMH Research Centre, 456 Skin established its own lab and production unit in the Cosmetic Valley in France. All processes of R&D, formulation, production, and filling are performed in this lab.

Ismail Jeilani – Ismail is indeed one of the ‘Top 100 coolest people in UK tech’ (as cited by Business Insider) and among the ‘Top 100 minorities in tech’ (as cited by the Financial Times). Ismail is co-founder and CEO of Scoodle, an online learning platform allowing students to connect with the best tutors available which recently raised €1.6 million from Google for Startups, IFG and DA One Investment. While obtaining his degree at King’s College London, Ismail built Satifs which helped raise over £900K (€1 million) for charity and interest-free student loans. He also experienced being a tutor to cover university tuition fees. After graduating, Ismail joined Google’s marketing team. All of these were pre-cursors to his founding of Scoodle, a platform that is made for tutors, by tutors, and the first platform to offer 0% commission on bookings made.

Deborah Choi – They say that at the height of the pandemic, there was huge boom in “plant parents”! This is not surprising as plants are known to have the power to ease stress, improve mood, and increase creativity. They also make homes look better! This was probably the same thought process that lead Deborah Choi to co-founding Bosque, and Horticure. It was in 2018, when Deborah, a Chicago native living in Berlin, was trying to fill her apartment with beautiful and thriving greenery and wanting to keep it all alive. The startup is not only an online plant store, but it also gives personal tips and tricks along the plant’s journey – so every “plant parent” is able to nurture their “plant babies” and help them live for a long time. Deborah was among the 30 founders in Google’s Black Founder’s Fund, and is also a co-organiser for Tech in Colour.

Osman Dumbuya – Osman is the founder of Berlin-based Incari, a creator of a user interface for designing complex interfaces with no knowledge of programming. Incari is designed to be used whenever an interface between human and machine is needed, and allows developers and designers to work together starting right at the prototyping phase. Just at the beginning of June 2021, Incari landed €15 million Series A funding, in a round led by Lukasz Gadowski of Team Europe. Incari grew out of the CGI Studio GmbH where Osman was Managing Director. He is also a member of Scale-Up Europe, a community of 150+ European founders, investors, execs, and scientists gathered around a mission – to make Europe home to the next generation of tech champions.

Danielle Lawrence – Danielle Lawrence started her career in asset management at Goldman Sachs’ Alternative Investments and Manager Selection Group covering over $38 billion of private equity commitments. She also held roles as an Investment Professional at JRJ Group focused on European financial services and technology and an Investment Manager at Elysian Capital, a UK mid-market private equity fund. All of her prior experience led her to co-founding Freyda (Free Your Data) in 2019. This London-based SaaS company is on a mission to automate manual data entry and unlock actionable insights for financial services. Freyda helps optimise returns for institutional investors such as pension funds, university endowments, insurers and asset managers who currently spend billions annually on manual data processing. In Dec. 2020, Freyda raised around €728K in a round led by Innovate UK and earlier this month, Freyda also joined the ranks of Google’s Black Founder’s Fund.

Erika Brodnock – Erika Brodnock is one of Kami’s three co-founders. A Mum of five, an accredited life and parenting coach, and Sky News’ resident parenting expert, Erika knows first-hand the difficulties faced by parents pre- and post- birth, having suffered with post-natal depression following the birth of her youngest child. Kami is a mobile app that empowers parents during family planning, pregnancy, and childhood, allowing them to adapt and thrive through even the most difficult transitions. Kami enlists the help of leading experts who work closely to support the practical and emotional needs of parents, aiming to deliver a truly scientific and holistic approach to support the parental journey.

Nnamdi Emelifeonwu – From a practicing lawyer, to the founder of an award-winning software that makes reading, understanding and drafting documents simple; such is the trajectory of Nnamdi Emelifeonwu, founder of Define and one of the recipients of the Black Founders Fund. Based in London and founded in 2017, Define allows one to quickly access and edit defined references in legal documents without ever losing the context of the review. It is used by law firms and in-house legal teams such as Dentons, Deloitte and Allen & Overy to simplify the process of reviewing documents, increase efficiency and improve the accuracy of the review.

Nancy de Fays – Last in this list and certainly not the least is Nancy de Fay, co-founder of LINE, a Belgium-born hardware and consumer electronics startup known for their sleek docking stations. These battery-hub combos add more ports and battery life to Mac Book Pro’s. Founded in 2017, LINE is set to reinvent what is surrounding creative pros computers – with their award-winning Linedock series and its accessories. In response to making it to Google’s Black Founders Fund, Nancy wrote in a blog post her views on diversity and how small and big companies can play together to fight race inequality. Nancy urged big corporations to speak-up and convey strong messages against inequality and for startups and VC’s alike to lead by example – with VC’s actively funding diverse founders and startups taking clear and strong positions on diversity.

“If you want to lead and make an impact, you have to be your true authentic self”: ... 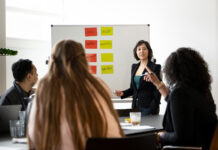 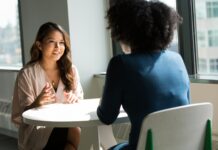 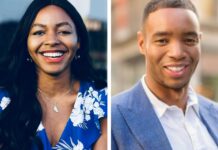 “Make a difference with the things that make you different”: Interview with Diversity VC’s new ... 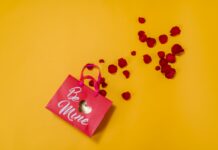