How the pandemic is reversing Italy’s “brain drain”: Interviews with the Italian startup ecosystem 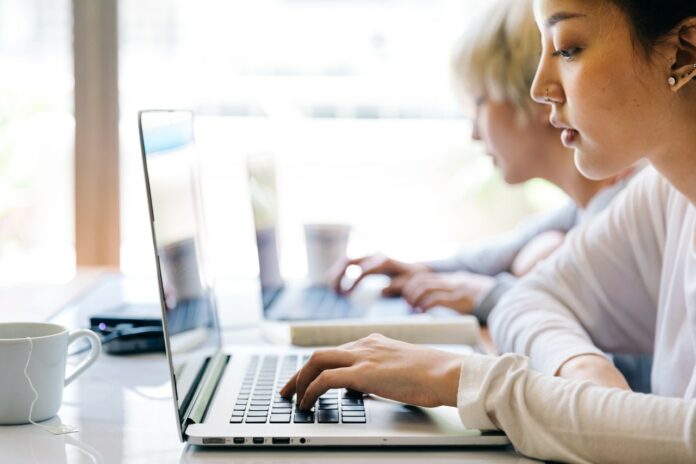 Enrico Pandian has always been an entrepreneur at heart. He started out as a software developer in his hometown in the North-East of Italy, Verona, but soon discovered his true calling: digital entrepreneurship.

After some profitable experiences in Italy, Pandian, like many Italians before him and after him, decided to venture outside the country to look for opportunities in Europe’s buzzing tech centre, London.

In London he started his PrezziPazzi.com, a marketplace for pre-owned goods, of which he was the founder and CEO: “It’s very easy to found a startup in London. Both because of how smooth it is to do the paperwork and because of how major the influx of talent is there. However, whoever tells you that founding a startup in Italy is not – almost – as easy, well, is lying. It’s just an old stereotype. Innovative startups in Italy enjoy a tax relief regime and we have some great workers. And very loyal too. Instead what we are totally missing – collectively – in Italy is the entrepreneurial mindset. We have a long way to go before we become competitive worldwide.”

Pandian, however, seems to have thrived off that particular mindset. Since his UK venture, he has managed to open 17 more startups – all of them in Italy – including the well-known Supermercato24 and FrescoFrigo. The entrepreneur from Verona is a serial startupper, who focuses on “one startup at a time”, he promises. And whatever he does, it seems to be working out well – in whichever country he lands in.

However after that stint abroad – and some other brief ones – Pandian did decide to bring his investment back to his homeland, Italy, and to relocate to Verona for good: “I went back because for me Italy has the best cost-of-living to quality-of-life balance. However, that doesn’t mean that it was easy – Italy is still stuck in its old ways and digital entrepreneurs like me act as startup evangelists, in that we have to explore untapped markets.”

Pandian’s analysis is, unfortunately, spot on. Italy is said to have been a rather hostile environment for those who decide to create a startup. Italian companies do not invest in innovative companies, and private investors and families tend to keep their hard-earned money stashed under the proverbial mattress. Pandian has a similar experience when it comes to Italians and private investing: I have tried often to offer stock options to my Italian employees in the startups they are working for. They don’t care for it, they don’t understand it. It is very common abroad, particularly in Silicon Valley, but not here!

While the youth unemployment rate across all the EU 28 countries is at 14.2% (August 2019), data from Eurostat shows that a whopping 40% of all Italian graduates remain unemployed three years after finishing their studies. By contrast, Italian graduates working abroad earn on average higher – and more rapidly increasing – salaries, have better chances to get a permanent job contract, and are more likely to use their formal qualification to advance their career than their peers working in Italy.

“Brain drain” is a phenomenon where a nation’s human capital – that is its people, its talents – leave their own country to look for better opportunities elsewhere. It has been estimated that the cost of talent leaving Italy is around 14 billion per year (the number of Italians leaving the country is roughly 80,000 every year). This number accounts for cost of education (obtained in Italy), loss of tax revenue generated by highly skilled workers, a decrease in the country’s productive potential and an increase in social expenditure. In addition, it can also have a heavy emotional cost for those moving away.

However, in the past few years, startups have represented a beacon of hope, especially for the new generations. It’s safe to say that a tech renaissance has been underway for Italy, and that capitals and funding opportunities – national and foreign – have started flowing into the country. However, with the COVID-19 pandemic, this precarious balance has been thrown off. But not all evil comes to harm.

When we interviewed Roberta Pellegrino, co-founder & CBDO of Ludwig (a sentence-based search engine), about the situation of Italian startups in the south of Italy after the pandemic, she argued that digital-focused startups can greatly contribute to improving the country’s economy: “Once the dust settles (from the pandemic), there will be more opportunity and a new wave of startups will most likely arise. I think that the new heights of unemployment rates will naturally push young graduates to start new ventures…digital startups are the only kind of ventures that can create sustainable and quality employment in South Italy and a viable alternative to migration for the local workforce.”

Ludwig is the ultimate example of making the work-from-home arrangement work: the startup has shifted to remote working well before the pandemic, in 2014. Enrico Pandian had never worked from home before the pandemic, but is now quickly adapting: “I have always lived in Verona and commuted to Milan for work, every single day. Now, I don’t have to do it anymore since I can work from home. It’s very new and opens up many possibilities for people to stay in their country. It also implies some significant adjustment.”

During last year’s early COVID lockdown, when faced with no other possibility, Italy’s stagnant job market had to re-think remote working. As reported by the NYT, the Italians, when given the choice, have happily retreated to their home country to work, while enjoying foreign salaries.

Vito Lomele (former founder of Jobrapido) spent 10 years abroad, moving between Germany, UK, Sweden, Lithuania. Some years ago, he finally moved back to Italy and founded Fiscozen (a digital platform for tax management). Coming back to Italy, he aspired to work at initiatives that would positively impact the Italian economy and society. Fiscozen itself is an online tax advisory service for small businesses aiming to remove the burden of accounting and bureaucracy for over 3 million Italian small business owners and to make them more agile and competitive.

When asked about how the pandemic has been reversing Italy’s brain drain, he offered his view on how this could be a long term arrangement: “I welcome the return of talent to Italy, and – within Italy itself – I also welcome the return of talent from the northern to the southern regions of our country. Remote working offers an unprecedented opportunity to rebalance the job market in favour of the more peripheral regions. I envision more and more skilled professionals moving back to their sunny hometowns in the south of Italy while continuing to work for national and international customers. Many of the freelancers that use our software platform at Fiscozen, match this profile. They became freelancers because they wish to sell their services or products online, without having to leave hometowns.”

In the past few months, many testimonials have appeared in the press, detailing how the Italians have started to re-populate small towns and villages, once only considered summer holiday destinations. Lomele argues that this could be a viable option for aspiring Italian entrepreneurs too, who were once forced to leave in droves. “Thanks to remote working, many forgotten small towns can now attract talented people from all over the world, by offering unparalleled life quality, extremely affordable prices, and the same career opportunities of large business centres.”

It’s all about staying local and thinking global, Lomele insists. One way to do that, is to focus on our commitment to promoting and marketing Italy’s renown beauties abroad.

Tourism, which has long been one of the main drivers of Italy’s economy, has been massively impacted by travel restrictions, with the country losing 100 billions of euros last year. However, as the vaccination rollout picks up speed in Italy and worldwide, it is time to start thinking at a sustainable pathway for recovery. Vito Lomele, former founder of Jobrapido, commented: “I encourage young entrepreneurs to ride the trend and build new businesses that leverage Italy’s unique attractions: nature, history, lifestyle. These are exclusive assets which can be abundantly found in Italy. And you have to be here to experience them: that means you cannot copy the recipe and replicate it in some remote factory on the other side of the globe. In the future, a growing number of people will travel for leisure. We must be able to offer millions of potential tourists the most welcoming and gratifying experience, by leveraging our age-old cultural values and using technology to be relevant and efficient vis-a-vis international competition.”

Despite reports that the effects of the pandemic on reversing the brain drain might be fleeting, experienced startupper Lomele sees an opportunity to be seized: “I look forward for a new generation of entrepreneurs to shake up the tourism industry, and make Italy the world’s #1 travel destination, like it deserves to be, according to the UNESCO World Heritage list. So here is my advice for young Italian entrepreneurs: embrace the world, learn languages and cultures, become a world class professional, launch a business that makes Italy shine.”

When to seek funding – and more importantly, when to stay clear

“We were the very first operator to include a swappable battery”: Interview with e-scooter startup Wind’s co-founder and CEO, Eric Wang

Hybrid Work Series, Part 1: How will we consume food at work? An interview with Laura Gomez, CEO of Catevering

Hardwork, timing or luck? The powerful trio behind your startup’s success

What will the future of work be like in 2021 and beyond?

“Quite simply, Whereby is the easiest way to meet over video”: Interview with Whereby’s co-founder Ingrid Ødegaard