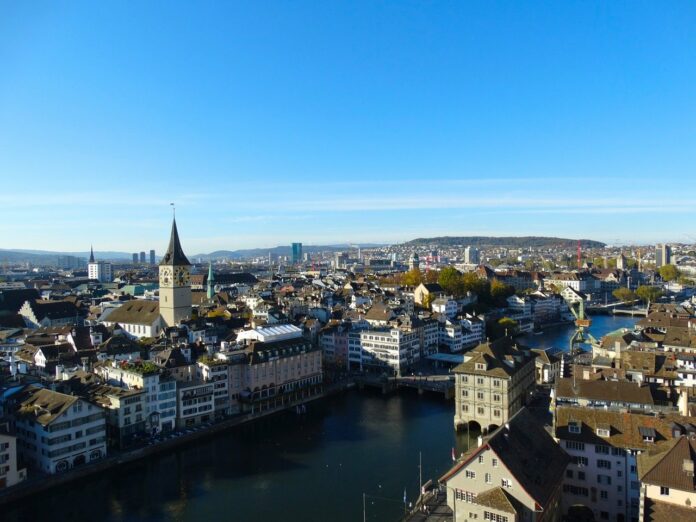 LatticeFlow, a company founded by leading AI researchers from ETH Zurich in 2020, announces an approx. €2.3 million financing round led by btov and Global Founders Capital. The researchers behind LatticeFlow, including two ETH professors, enter the startup scene with an exceptional track record and leadership in the area of trustworthy AI, having previously built one of the world’s best verifiers for ensuring the safety of deep neural networks. The company is now creating a product that enables AI teams to build and deploy AI models that are safe, reliable, and trustworthy.

Despite great progress over the last decade, current AI models can perform poorly and unpredictably when deployed in the real-world, mounting increasing concerns on their safety and reliability. Such reliability issues affect the use of AI across virtually all domains, such as healthcare, engineering, financial services, autonomous cars, and many others.

Petar Tsankov, co-founder and CEO of LatticeFlow, said: “Our mission is to bridge this gap and enable AI teams to build and confidently deploy trustworthy AI models. The widespread adoption of AI hinges on our ability to build AI models we can trust.”

OpenAI researchers summarized one of the reasons why current models are not trustworthy: “models learn to “cheat” by only optimizing for performance on the benchmark, much like a student who passed an exam by studying only the questions on past years’ exams.”

Often, companies learn about these reliability issues the hard way, after they have already deployed their models which were optimized only for accuracy in the lab, not for the robustness in the real world.

The young ETH spin-off already works with several large enterprises and governments in Europe and the US, including Swiss railways (SBB), Germany’s Federal Cyber Security Bureau, and the US Army. Dr. Ilir Fetai and Dr. Andre Roger, who lead the Center of Competence in Machine Perception at Swiss railways, said:“Machine Learning (ML) is one of the core topics at SBB, as we see a huge potential in its application for an improved, intelligent and automated monitoring of our railway infrastructure.

However, creating more reliable ML models is challenging as it requires a new generation of tools that leverage techniques from diverse areas, such as ‘symbolic reasoning’ and machine learning. LatticeFlow’s founders, all researchers from ETH Zurich, are uniquely positioned to address this problem as they possess an exceptional track record working at this intersection. For example, back in 2017, Prof. Vechev and his team introduced ERAN, a system that enabled, for the first time, the verification of large deep learning models with millions of parameters. In July 2020, ERAN won the first global competition for certifying deep neural networks.

The founders are also involved in the broader mission to accelerate interdisciplinary research and adoption of robust and reliable AI. In October 2020, Prof. Andreas Krause, together with ETH Zurich, founded the new ETH AI Center where trustworthy AI is a core topic. Prof. Krause is also a founding academic co-director of the Swiss Data Science Center, whose goal is to boost AI adoption in science and industry.

This is also not the first time the scientists take the entrepreneurial route. Prof. Vechev previously co-founded DeepCode, an ETH spin-off that built the first AI code review system and was acquired by the cybersecurity unicorn Snyk in 2020. Together with Dr. Tsankov, Prof. Vechev also co-founded ChainSecurity, an ETH spin-off that became the world-leader in formal smart contract security audits and was acquired by PwC in 2020.

The company’s fresh funds will accelerate the development of LatticeFlow’s product which empowers enterprises to assess and improve their AI models and datasets, identify critical failure modes and safeguard AI models deployed in production.