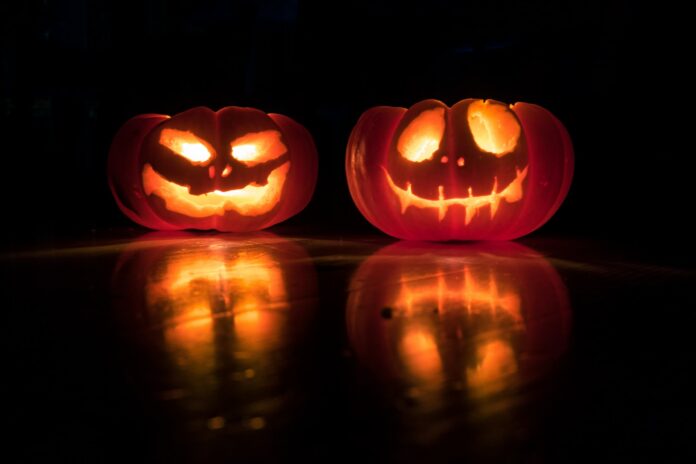 Halloween, or ‘All Hallows eve’, goes all the way back to a pagan festival called ‘Samhain’. Although it traditionally marked a changing of the seasons, some observers also believed it was a time when the boundary between worlds became especially traversable.

Many European citizens will be confined indoors this year for Halloween, taking festivities like door-to-door ‘trick or treating’ or activities like apple bobbing off the table. Instead, scaled-down indoor entertainment could be the only option, as it was during the hard lockdown. This could act as a further boost for the gaming sector, which has recently gained renewed attention from their regular players, as well as new fans hoping to pass the time spent indoors.

With this in mind, we thought it was apt to bring you some little known and spooky games created by European startups.

Darkside Detective – Founded in 2015, the Irish startup Spooky Doorway created Darkside Detective, an old school micro gaming experience with cute pixelated graphics and a charming story. Darkside Detective is a classic ‘point and click’ adventure game, where Detective McQueen and Officer Dooley investigate 6 bizarre cases. The game has a unique sense of humour and has already built up a solid following of 10K social media followers who are eagerly awaiting the upcoming Season 2 of Darkside Detective.

LIMBO – Copenhagen-based Playdead is an independent game developer, whose eerie game LIMBO won the 2018 Apple Design Award. LIMBO is a puzzle-platform game, and is set all in grey shades. It involves exploration and puzzle solving, as your character moves through the lonely world. The company was founded in 2006 by game designer Arnt Jensen, and has since grown to a team of 50. Having put out LIMBO, they are working on a third-person science fiction adventure set in a remote corner of the universe.

Phasmophobia– UK startup Kinetic Games has developed ghost hunting horror game Phasmophobia. Allowing up to 4 players, you and your team have to walk through dark and creepy scenes with your ghost hunting equipment to gather as much evidence as possible. With such a recent release, it’s already gathered 37k+ followers on social, showing it’s popularity potential.

Zombie Catchers – Zombie Catchers is currently in the top 10 games across 90 countries in the iTunes app store. The action adventure game follows A.J. and Bud, two intergalactic businessmen, as they clean up Planet Earth which is infested with the undead. With its brightly coloured graphics, it’s sure to cheer you up if you’re stuck indoors. Zombie Catchers was created by Helsinki-based startup Two Men and a Dog, and was acquired by Berlin-based Deca Games in 2018.

Ghost Ship Games – Ghost Ship Games was founded in 2016 as a Danish game development studio, by a group of veteran game developers who had already spent years working together. Their flagship game is Deep Rock Galactic, which takes players into the single most dangerous planet in the galaxy. Users have to collect valuable minerals, whilst avoiding endless hordes of alien monsters.