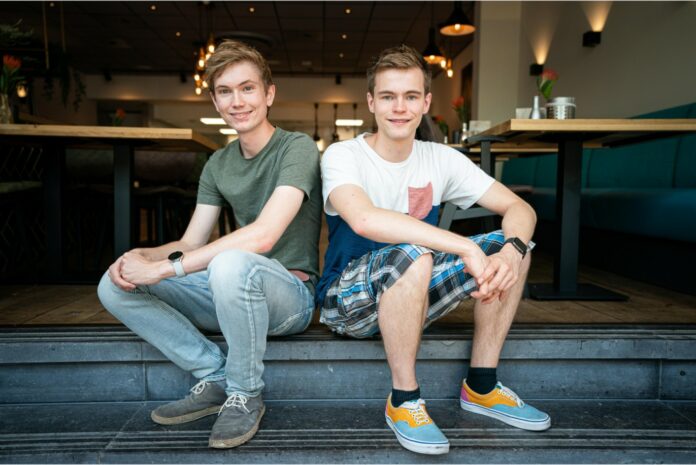 CodeSandbox, the Dutch startup that enables teams to prototype, build and host web applications with its rapid web development platform, today announces its approx. €10.8 million Series A round, led by the EQT Ventures fund. Other round participants include existing investors Kleiner Perkins, Arches Capital, and angel investor Guillermo Rauch. They have been joined by two new angels, Andreas Blixt and Daniel Gebler. CodeSandbox will use the investment to launch its forthcoming team product, Pro Workspaces, and scale its remote-first development team.

CodeSandbox was founded in 2017 by former Facebook developer Ives van Hoorne and industrial designer Bas Buursma, who set out to solve one of the most significant web development issues — the slow, fragmented process of building and sharing web apps. The duo recognised that, although developers are building the future and are the driving force behind today’s companies, developer environments are getting more complex and slowing teams down. Web development tooling has been built around programming being a solo pursuit, with individuals writing code locally. However, people rarely code by themselves and more people are now getting involved in the development process. Designers, testers, product owners and more, all want to give feedback and iterate quickly, which traditional offerings simply are not built for. With web development also becoming increasingly distributed as developers embrace remote working, the need for a web-first development environment that is fast, easy-to-use and enables full teams to collaborate together has become increasingly apparent.

With its free, instant and collaborative sandboxes, CodeSandbox makes it possible to create static sites, components and full-stack web apps within seconds. This breakthrough has spurred a large community of web developers to form around the platform. Now, more than 2.5 million people each month make use of the more than 10 million projects that have been created on the platform. CodeSandbox has become the go-to place to prototype ideas with its fast, deep integrations with JavaScript frameworks like React, Vue and Angular.

“We’re creating the best tool for product teams to collaborate and build web apps quickly,” said Ives van Hoorne, CEO and co-founder at CodeSandbox. “With the launch of Pro Workspaces, we’re giving developers and product teams of all sizes a purpose-built platform to collaborate on code — either to get feedback or code together on ideas. It hooks right into companies’ component libraries or design systems, so they can prototype, review, and iterate on ideas faster than ever. We’re thrilled to welcome EQT Ventures to our roster of backers. The EQT Ventures team’s extensive network and rich operational experience will be vital as we undertake the next stage in making prototyping with code accessible to all.”

“Ives, Bas and the CodeSandbox team are product-centric, full of energy and – frankly – born and raised online, so the ideal team to take on one of the final frontiers when it comes to shifting to the cloud,” said Ashley Lundstrӧm, deal partner and investment advisor at EQT Ventures. “Creating a standard platform for software development that makes projects easier to start, as well as universally accessible and collaborative, is no mean feat. The EQT Ventures team believes CodeSandbox has got what it takes and we’re thrilled to join the team on their journey!”

“The EQT Ventures team had seen several web-based development tools in the past, but when Motherbrain recommended we take a closer at Codesandbox we couldn’t believe the company’s traction,” said Henrik Landgren, Motherbrain Partner and investment advisor at EQT Ventures. “After trying CodeSandbox out and hearing Ives’ and Bas’ grand vision for hyper collaborative development, we were thrilled to join the team on their journey!”

With the launch of Pro Workspaces, whole product teams will be able to work on sandboxes together for the first time. A designer can provide quick UI feedback, a product manager can see how their specification is being implemented and marketing will be able to update associated copy. CodeSandbox Pro Workspaces is currently available by invitation only and teams can join the waitlist here as more people will be added throughout Q4 2020.

Share
Facebook
Twitter
WhatsApp
Linkedin
Previous article
5 spooky European startups helping you celebrate Halloween this year
Next article
“Get your game out and on the market as fast as possible!”: Interview with Kolibri Games co-founder Janosch Sadowski