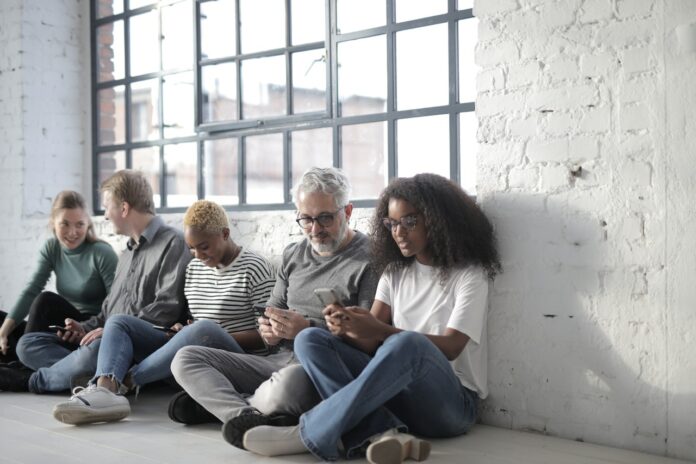 If you haven’t heard of it yet, ‘The Social Dilemma’ is the new Netflix documentary that launched this August 2020 to an eager audience, after being selected for the Sundance Film Festival 2020.

What’s all the fuss about?

You probably think that you’ve heard it all before when it comes to the subjects of social media addiction, personal data protection and fake news, but this documentary offers something different. It’s led by interviews with the great minds of Silicon Valley that actually created Facebook, Twitter, Instagram and Pinterest, such as the co-inventor of the Facebook “Like” button, Justin Rosenstein, and the former President of Pinterest and former Director of Monetization at Facebook, Tim Kendall, to name just a few. It’s this element that makes us sit up and listen.

Why is it relevant?

The world has long recognised the benefits of social media, from connecting families across borders, to acting as an organisational tool for activists. However, the ‘dark side’ of social media has also reared its ugly head, exasperating issues such as mental health, bullying, political polarization, fake news and misinformation, and even riots and conflict.

However, what this documentary also highlights is that fake news spreads 6 times faster than true news, making this the ‘king’ of online content. What this means is that social media platforms are perpetuating an online (and now offline) world where truth is irrelevant, as long as the content gets as many views and likes as possible. When you add to the mix the fact that Facebook has found that they can actually affect real-world behaviours and emotions, without users even being aware of it, this all results in real-life (offline) effects such as governments and other organisations weaponising social media to incite political polarisation, conflicts, riots, and even violence.

What we also learn through this documentary is that even the people that created these social media platforms are not immune to the negative side effects of these apps, and feel powerless as they watch them not only suck away hours of our personal lives for profit, but on a wider level cause mass conflict and political unrest.

But what does this have to do with startups? Well, a lot, actually. Let’s jump into it.

If you didn’t know that the monetisation strategy of Facebook is to sell advertising to companies, then this may explain why your startup’s business accounts are not reaching many people when you post free (organic) posts. Increasingly, companies like Facebook are reducing the reach of organic postings made by business accounts, in order to entice companies like yours to spend money on promotions. What can you do about it? Set aside a paid media budget for the future. A well-timed piece of content sent to the right audience can be incredibly effective, but make sure that you have a strategy to avoid wasting your cents.

What this documentary also highlights is that big tech companies simply have too much market power. A power imbalance such as this means that large tech companies are not only influencing our personal and political environments, but also single handedly determining how the internet of the future is being shaped. This is restricting innovation across areas such as news, visual media, cloud storage, communication like calls and messaging, and more. A fairer competitive environment would see more opportunity for Europe’s startups to develop and grow their innovations. How could this be achieved? Regulations. The challenge is that, with national and supranational bodies (like the EU) adhering to lengthy approval processes, oftentimes technology out-innovates any new regulation that comes in.

As explained in the documentary, social media inherently turns your “psychology against you” so that you stay stuck to the screen, and is now classed as an addictive activity. While will power has a large part to play in staying focused at work, founders and team leaders at work should recognise that users are battling some pretty powerful forces here. If you’re leading a team in your startup, it could be worth having a think about starting an open and non-judgmental dialogue with the team to share useful tips (such as downloading an app that restricts your daily use), or agree on any measures like turning off notifications on desktop. The challenge here is to not assume the worst (as many team members may have already got it under control) and to focus on mental health where appropriate.

While it’s tempting to panic and just delete all of your accounts having watched the documentary, it’s worth remembering that businesses nowadays need to have a presence on social media to maintain visibility in front of customers and partners. For your startup, think about whether you really need all of your accounts and where your customers are hanging out online. For instance, a B2C foodtech startup might require an Instagram account to promote their product to customers, however a B2B AI startup might not find their target on this platform. Founders could consider whether it’s worth it to have personal and professional accounts on all platforms, and where they lose the most time scrolling.

Will you watch the documentary? Let us know how your startup manages the opportunities and challenges presented by social media, and check out these articles for more tips: 10 useful social media tips for early-stage startups and 10 steps to your startup’s first influencer marketing campaign.