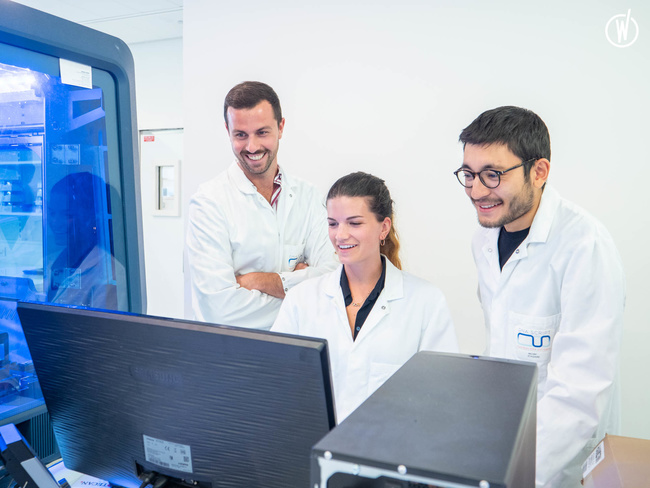 French startup DNA Script has announced an approximate €42.4 million extension to its Series B financing, bringing the total investment of this round to around €75.5 million. This oversubscribed round was led by Casdin Capital and joined by Danaher Life Sciences, Agilent Technologies, Merck KgaA, Darmstadt, Germany, through its corporate venture arm, M Ventures – three of the world’s leaders in oligo synthesis – LSP, the Bpifrance Large Venture Fund and Illumina Ventures.

Founded in 2014, this French biotech startup is working on revolutionizing DNA write with enzymes, in order to accelerate breakthroughs in personalised human health and the life sciences. Their flagship and first product is a world-first DNA printer, which can be used in many industries and applications, including developing new drugs and tests for cancer, as well as new foods like artificial meat.

The fresh funds will enable DNA Script to accelerate the development of its suite of enzymatic DNA synthesis technologies, and in particular support the commercial launch of their unique SYNTAX DNA benchtop printer.

Thomas Ybert, CEO and co-founder of DNA Script explains more about the DNA printer: “This first-of-its-kind DNA printer makes writing DNA as simple and straightforward as reading DNA is currently, meaning that research and clinical labs will be able to do same-day synthesis of oligonucleotides, saving precious time when it comes to iterating experiments or developing diagnostic or confirmatory tools.”

In light of the COVID-19 pandemic, the need for quick research iteration without relying on centralized distributors, which can be hampered by capacity and shipping bottlenecks, has been made even more clear. It’s no wonder that laboratories have had their attention turned to the value of in-lab tools, like the SYNTAX DNA benchtop printer.

The startup will soon begin testing the SYNTAX system with a select group of partners, with plans to launch a beta testing programme later this year and to take orders for the DNA printer by next year. In addition, the funds raised will be put towards a second project, which also received around €19.5 million from Intelligence Advanced Research Projects Activity’s Molecular Information Storage programme. This project aims to develop deployable DNA data storage and retrieval technology as part of the Molecular Encoding Consortium, along with partners at the Broad Institute and Harvard University.