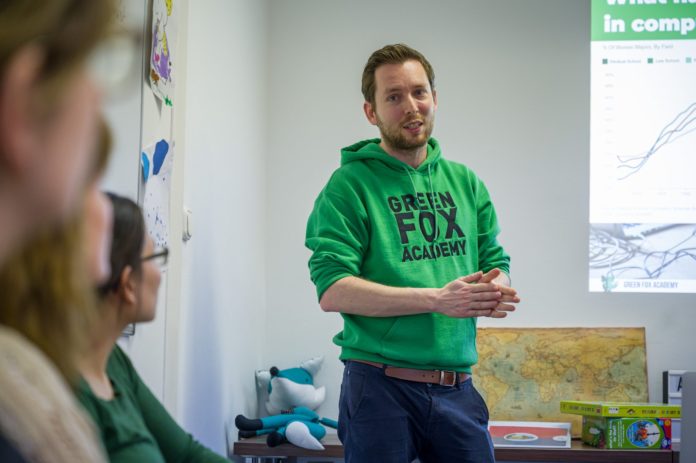 Budapest and Prague-based Green Fox Academy, a bootcamp that aims to turn non-programmers into programmers in four months and then help them find a job, has landed around €1.3 million from Impact Ventures, a social impact fund.

Founded in 2015, Green Fox Academy provides bootcamps for junior programmer courses. Not only teaching programming skills, it also focuses on the development of soft skills, as well as the improvement of learning and adaptability skills. An interesting addition is that Green Fox Academy is also a great example for iterations and persistence; the core founding team grew out of a failed startup called Brickflow, who I did my very first interview for EU-Startups with, almost 7 years ago.

The investor in this round, Impact Ventures, is an impact investment fund that provides venture capital to social enterprises whose business results are accompanied by a positive social impact. The current investment is one of the biggest dedicated impact investments of the region.

“It speaks in favour of Green Fox Academy that its courses react to the real needs of the market, and they have already been acknowledged by the market. On the other hand, the future-proof skills taught to their students will have a long-term, positive effect on the society,” said Elemér Eszter, the chairman of the Board of Directors of Impact Ventures Ltd., who also is the chairman of the Hungarian Private Equity and Venture Capital Association (HVCA).

Péter Langmár, the co-founder of Green Fox Academy, believes that the social impact of their work has been a vital aspect for the founders from the very beginning. “We started Green Fox in 2015 because we wanted to help those motivated, talented young people who wished to start a career in the field of IT because they could not progress in their previous jobs – lacking either financial progress or the opportunity for long-term development. I personally saw several similar examples in my own environment. Although I found my place in IT, I had several friends working in other fields who found it hard to get along, some of them even moved abroad.”

In order to reveal the social impact of its bootcamp, Green Fox Academy has carried out its first Impact Report. Co-founder Péter Langmár explained: “This report helps us in recognizing our aims and how we can strive stronger for these aims. Besides the creation of a future-proof career for employees stuck in their own field or endangered by the changes of automatized sectors, we also strive to enhance the presence of women in the IT sector. We are proud that the number of women among our students is almost three times higher than the usual ratio in the domestic sector”.

Green Fox is constantly looking for opportunities where their impact might be enhanced. That is why they also launched a 3-week-long, free course at the outbreak of COVID-19, trying to help anyone who has fallen on hard times caused by the pandemic.

Co-founder Péter Langmár saw that “during these three weeks, participants got a taste of programming. On one hand, it might be useful in their current jobs, and on the other hand, it helps them to decide whether this profession or an intense, bootcamp-type training suits them or not. As a result, they might be much more self-confident when they plunge into a change.”

One aim of the investment provided by Impact Ventures is to fund the international expansion of Green Fox Academy. The academy was planning to open more schools in the region, but the current pandemic put a spanner in the works. Since then, they have been running courses online, and started accepting applications from abroad. Now, their courses are specifically tailored for online studying.

Another goal of the investment is to finance the ‘post-payment’ option that they offer participants. This means that courses become available to applicants who otherwise would not be able to afford it. Green Fox Academy has been offering this type of package since 2017, and the online courses launched in May were the first where an Income-share Post paid Package was also available. Participants who finish the course successfully have to allocate a fixed proportion of their salary monthly to the tuition fee, which means a manageable monthly amount that could be safely re-paid by anyone.

Besides the international and online expansion, and the introduction of the new post-payment package, the fourth pillar of Green Fox Academy’s vision is formed by the establishment of new partnerships. In September they will start a joint master course with IBS International Business School in IT for Business Data Analytics. “It is clear that the strengths of the two different types of education provide a solid base for the cooperation between a university providing academic knowledge and a bootcamp providing a specific, quick re-training,” highlighted co-founder Péter Langmár.

Impact Ventures is not the first investor of Green Fox Academy. In 2018 the Irinyi II Venture Capital Fund (managed by Széchenyi Venture Capital Fund Management Ltd.) and the angel investment team named Baconsult (whose founder is Péter Balogh, one of the most well-known angel investors in Hungary) provided an investment with a total value of around €866K to the coding bootcamp.