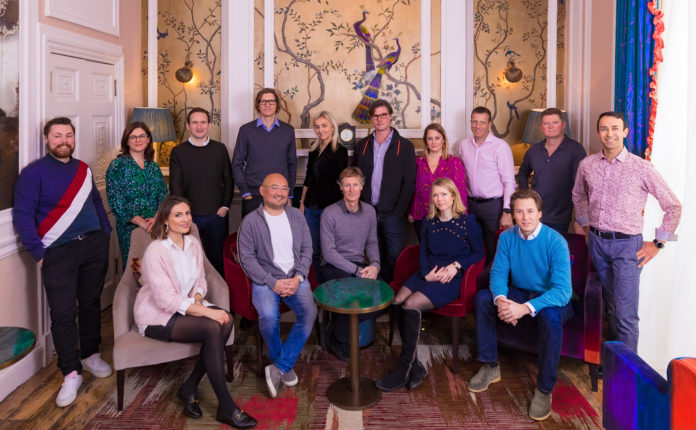 Today Atomico, a European venture capital firm, announces its fifth fund, Atomico V, of €757.1 million, to invest in Series A, B and C stage breakout startups in Europe. In particular, the firm is looking for mission-driven companies that lead positive and transformational change, across every aspect of society and the economy.

Investors in the fund include high calibre global institutional investors, both existing and new, including pension funds, fund-of-funds, sovereign wealth funds, insurance companies, endowments, banks, family offices and government-backed entities from across the world. A number of founders and early team members from some of Europe’s most successful startups of the past decade (including Adyen, Klarna, Transferwise, Spotify, Supercell, Skype and Zoopla among others) have also invested as individual LPs in this fund.

Atomico V will allow the venture capital firm to continue to partner with ambitious European founders who lead positive change in society and the environment, and in doing so, build sector defining companies. The firm offers founders the opportunity to scale successfully and sustainably, not only through the funds available, but also by offering them access to its Conscious Scaling programme. This open-source framework helps founders to identify and mitigate long-term risks, requires companies to commit to implementing a diversity and inclusion (D&I) policy as part of their investment term sheets and recently published a diversity and inclusion guidebook to help founders build responsible companies that last.

“Venture capital has a critical part to play in a world with so many urgent challenges,” said Atomico Founding Partner and CEO Niklas Zennström. “We’re looking for the ambitious mission-driven founders behind the companies with visionary solutions to seemingly intractable problems. We’re guided by a simple belief: profit and purpose are mutually reinforcing, not mutually exclusive.”

Atomico’s investments to date include Infarm, HealX, Spacemaker, Kheiron Medical, Peakon, Scoutbee, Koru Kids, Automation Hero and AccuRx. Rachel Carrell, founder of Koru Kids, signals how Atomico have contributed to their success: “My interactions with Atomico have been very aligned, in that they’re focused on the long term. One thing that is uniform across Atomico has been their love of supporting founders who are going after really big problems that humanity has to solve. They’re thinking about the future and it’s their core belief that they exist to make innovators and entrepreneurs succeed.”