An inside look at Diabeloop: the French startup innovating for autonomous diabetes management 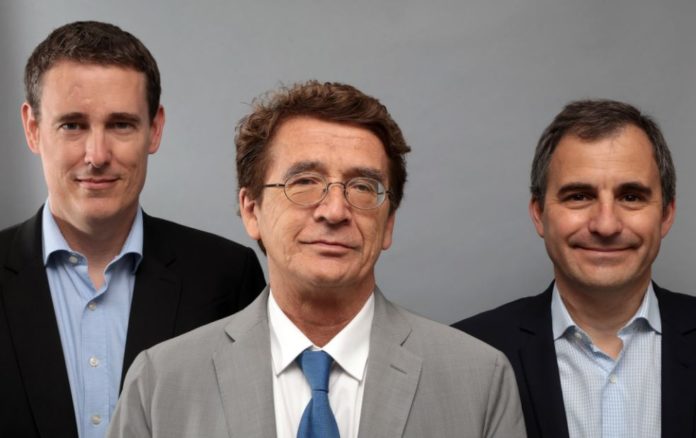 Diabetes is on the rise; there’s no denying it. The number of people with diabetes has risen from 108 million in 1980 to 422 million in 2014. By 2017, one in 11 people – or approximately 425 million adults between the ages of 20 and 79 – were living with diabetes. This figure is expected to increase to 629 million by 2045 or a staggering 48% increase, according to the International Diabetes Federation (IDF).  In terms of mortality, diabetes caused 4 million deaths in 2017. In 2016, the World Health Organization cited diabetes as the 7th leading cause of death globally. Diabetes translated to at least $727 billion dollars in health expenditure in 2017 or an equivalent 12% of total spending on adults with the most number of people with diabetes in the age group of 40 to 59 years old.

There are three types of diabetes: type 1 (T1D), type 2 (T2D) and gestational (pregnancy-related). T1D accounts for around 10% of all diabetes cases is caused by an autoimmune reaction where the body’s defense system attacks the cells that produce insulin. As a result, the body produces very little or no insulin. The exact causes of diabetes are not yet known, but are linked to a combination of genetic and environmental conditions.

By contrast, type 2 diabetes (T2D) which accounts for around 90% of diabetes cases and is characterised by resistance to insulin, can be prevented through a healthy diet and regular physical activity. Over time, a healthy lifestyle may not be enough to keep blood glucose levels under control and people with T2D may need to take oral medication. If treatment with a single medication is not enough, combination therapy options may be prescribed. When oral medication is not enough to control blood glucose levels, people with type 2 diabetes may require insulin injections.

Over time, diabetes management dictates the lifestyle of the person. For T1D, the painstaking regimen of insulin injections, glucose and blood pressure monitoring and other lifestyle restrictions can pose an immense burden, not just on the one with diabetes but also on the support system.

Diabeloop is on a mission to provide patients with T1D with a smart therapeutic system to regulate blood glucose, making diabetes management more autonomous to improve the daily lives of hundreds of thousands of diabetic patients in Europe.

Diabeloop is a spin-off of the medical research program initiated in 2011 by Dr Guillaume Charpentier, diabetologist and CERITD’s (Center for Studies and Research for the Intensification of Diabetes Treatment) chairman alongside 12 other diabetologists. After the success of their 2014 clinical trials, Diabeloop was founded to bring the project to market and benefit the largest number of patients as quickly as possible.

Based in Grenoble, Diabeloop was incorporated in 2015 by Dr Charpentier and Erik Huneker, and is co-headed by Marc Julien. Diabeloop teamed-up with a CEA-Leti, a Grenoble-based research institute for electronics and information technologies, and one of the world’s largest organisations for applied research in microelectronics and nanotechnology. The team-up is housed in one research facility to speed up the development of Diabeloop’s medical device, the DBLG1 System.

The way DBLG1 works is that every five minutes, a glucose reading is sent to the handset via bluetooth. The DBLG1 algorithm analyses data in real time and considers the patient’s physiology, history and data entries (meals or exercise) to determine the correct dose of insulin to administer making it a hybrid closed-loop system.

Some of DBLG1’s strongest assets include a dedicated and secured handset hosting a personalised and self-learning algorithm developed by Diabeloop, user’s interface, a high level of personalisation, patient parameters and preferences integration (for glycemic target, hypo-threshold, treatment reactivity to hypo or hyperglycemia) with patient specific auto-learning and with ease of use as it is  co-developed with doctors and patients. The expected real-life impacts include more time in target glucose level range, fewer occurrences of hypoglycemia or low blood sugar, decrease and stabilisation of average glycemia and a lightened mental load resulting in improved quality of life.

The core innovation in DGLB1 is the algorithm that analyses all the data gathered by the system and decides what to do with the insulin level. There are multiple algorithms working at different layers such as safety layers, a layer that looks at the physiology of the patient using machine learning, which Diabeloop calls an expert systemlayer, that identifies unusual happenings. There is a lot of intellectual property behind these mechanisms and how they interact. Diabeloop owns some patents behind the mechanisms of these algorithms. It either owns them jointly with CEA, its historic partner  and some it owns entirely.

How far along is Diabeloop’s diabetes management system?

In May of this year, Diabeloop announced the publication in the international journal ‘The Lancet Digital Health’ of the finalised results of the major study conducted in real life with its autonomous and personalised device DBLG1 System. This randomised trial evaluated the safety and efficacy of the DBLG1 System in 68 people with type 1 diabetes at home, compared to sensor augmented pump therapy.

The results demonstrated a significant improvement in glycemic control and a reduction of hypoglycemic risk in adults with type 1 diabetes while using the closed-loop hybrid system. This reinforces integrating this device into routine medical practice. The study was conducted at centers with little experience in hybrid closed-loop systems, therefore indicating the simplicity of use of the DBLG1 System.

This trial was conducted in 12 hospitals all over France. The other clinical trials on the same device adapted to the needs and physiology of children (6-12) are on-going and are expected to end this year.  Another clinical trials study on highly unstable diabetes has started and a plan for a large study as part of Diabeloop’s FDA submission is in the pipeline.

Diabeloop intends to make its DBLG1 system available on diabetologist prescription in coordination with hospitals who will be organizing the short hospitalization required for initialization and training. To make its innovation accessible to all T1D patients, Diabeloop is strongly working on reimbursement modalities. France and Germany are priority markets, with France reimbursement modality had been filed while discussions are on-going for Germany. Diabeloop plans to extend this mode of acquisition of the DBLG1 system to other European countries in the mid-term and has started working on an FDA submission.

“We have developed our first product with patients and their family and hopefully five years from now, many of them will benefit from the device we have co-built together,” said Marc Julien, Diabeloop’s co-CEO. “We are aiming at an international growth but will also continue to favor innovation and ambition in our R&D road map to address other types of diabetes and always try to unload some of heavy mental load associated with the disease.”

Fuelling these ambitious goals are its on-going partnerships with tech research institute CEA-Leti, with medical research organization CERITD, 12 medical centers in France and upcoming medical center partners across Europe, Belgium and Luxembourg. It has also received  financial backing through three rounds of funding: in September 2017 a €13.5 million round led by Sofimac Partners, Crédit Agricole, Kreaxi and ALIAD (Air Liquide), in April 2018, a grant of €950k from Eurostars SME Programme and most recently, in October 2018, a grant of €2 million from the Horizon 2020 SME instrument.