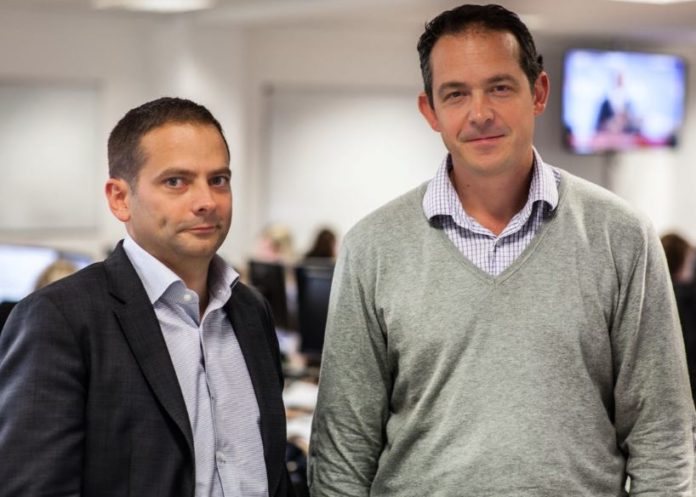 Banco Santander has announced that they have bought a majority stake in London-based Ebury, a trade and foreign exchange facilitator for SMEs, for approximately €406 million.

The acquisition will support Santander’s digital strategy of accelerating growth through new ventures will strengthen its Global Trade Services offer for SMEs that are trading or aspiring to trade internationally in markets across Europe and the Americas.

The partnership will also enable Ebury to improve its value proposition by working with a leading financial institution. Santander serves more than four million SME clients worldwide, of which more than 200,000 do international business.

Under the terms of the transaction, Santander will acquire 50.1% of Ebury for €406 million, of which €81 million will be new primary equity (approximately €80 million) to support Ebury’s plans to enter new markets in Latin America and Asia. The bank expects a return on invested capital higher than 25% in 2024. Ebury’s existing investors, including co-founders and management, will reinvest in the transaction and the current management team will remain leading Ebury’s expansion.

“Small and medium-sized businesses are a major engine of growth around the world, creating new jobs and contributing up to 60% of total employment and up to 40% of national GDP in emerging economies,” said Ana Botín, Group Executive Chairman of Banco Santander.

“SMEs are becoming increasingly global and Santander is the best positioned bank to play a leading role to help them access global trade finance. By partnering with Ebury, Santander will deliver faster and more efficient products and services for SMEs, previously only accessible to larger corporates,” added Ebury’s founders Juan Lobato and Salvador García.

“Combining a big bank with nimble fintech means we can offer our clients the best of both worlds: they can benefit from our technology and high-quality service safe in the knowledge that they are counterparty to one of the world most important financial institutions.

“It is an exciting time for Ebury, we have just completed our first acquisition, and the new capital from Santander and our existing shareholders will allow us to invest in new ways to serve SMEs trading internationally and continue the growth in our business while keeping our entrepreneurial culture.”

Sergio Rial, Santander Brasil’s CEO and executive sponsor of Santander’s Global Trade Services business, will join Ebury’s board as chairman. He will work closely with the existing Ebury team, led by Juan Lobato and Salvador García.

Ebury will continue operating as an independent unit, supported by Santander following its extensive experience in leveraging its Group scale to grow and develop the companies it has invested in, such as Getnet, the bank’s Brazilian subsidiary.

Getnet, already a success in Brazil, is helping build the Global Merchant Services platform, initially starting in Mexico before expanding across Latin America and Europe. Santander works with 1.2 million merchants worldwide, with turnover of €150 billion, making Santander a top 10 global acquirer in the world by volume.

With the acquisition, the bank is offering SMEs greater options to facilitate their growth and internationalisation. Santander, along with other international banks, earlier this month officially launched the Trade Club Alliance, a global network of banks aiming to make international trade simpler with an innovative digital platform.

Banco Santander is a leading Spanish retail and commercial bank, founded in 1857. It has a presence in 10 core markets in Europe and the Americas, and is the largest bank in the eurozone by market capitalisation. Its purpose is to help people and businesses prosper in a simple, personal and fair way. Santander is building a more responsible bank and has made a number of commitments to support this objective, including raising over €120 billion in green financing between 2019 and 2025, as well as financially empowering more than 10 million people over the same period. At the end of September 2019, Banco Santander had €1.04 trillion in customer funds, 144 million customers, of which 21 million are loyal and 36.2 million are digital (51% of active customers), 12,700 branches and 200,000 employees. Banco Santander made underlying profit of €6,180 million in the first nine months of 2019, an increase of 2% compared to the same period the previous year.